You are here: Home / Family / Meet the new characters you’ll want to be friends with in Toy Story 4
0 shares 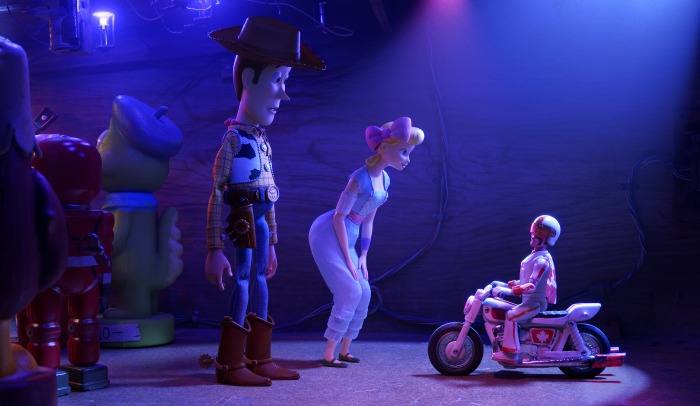 If you were in a room and asked a bunch of folks who their favorite animated character is, there is no doubt that Woody and Buzz from the Toy Story franchise would make the list. They both have human like traits that are so relatable that it’s not hard to fall in love with them.

Who hasn’t been in a situation where things were falling apart and they had to work hard to make sure everything turned out fine like Woody? Even though Buzz is a superhero, we can all connect with his desire to be important and live a meaningful life.

Yeah, I know. That’s a little deep, but what can I say? Toy Story brings that out of me!

Forky is obviously a new character standout, but he’s not the only one in Toy Story 4. Here are even more characters who I predict will become just as iconic and beloved as Woody and Buzz!

When I first saw Gabby Gabby and Benson in the trailers for Toy Story 4, they made my skin crawl. Creepy and sneaky, Gabby Gabby plays an unexpected role in the film. A vintage doll with a voice box just like the one Woody has, Gabby Gabby lives in the Antiques Mall, one of the movie’s most important locations, and is the quintessential scary movie character. As much as she scares me, I love her!

Her sidekick Benson is a ventriloquist doll who does whatever Gabby Gabby says, just like you’d expect a dummy to do. Even though he’s not necessarily a good guy, I love seeing him on screen. I’m obsessed with how he’s animated and how he moves.

Imagine if Keanu Reeves were a Canadian stuntman toy. That’s Duke Caboom. Ha! Confident and suave, unfortunately, Duke isn’t quite what he seems. While his commercials show him doing amazing death-defying stunts, there’s just one problem. He can pose, but he can’t actually do the stunts. That’s probably the reason he ended up inside of the Antiques Mall with Gabby Gabby and Benson. He’s an old friend of Bo Peep’s.

Duke is voiced by Keanu Reeves and is a lot of fun!

The first words that come to mind when I think about Ducky and Bunny are scene-stealers! They are both cute and hilarious, which is the perfect combination for upstaging even Woody!

Ducky and Bunny are carnival toys who are looking to get won as the prize at a carnival game. They’re doing they’re best to get noticed, when they meet Woody and Buzz. They NEVER stop talking and you won’t stop giggling at their antics!

Jordan Peele is the voice of Bunny, and Keegan-Micheal Key is Ducky. 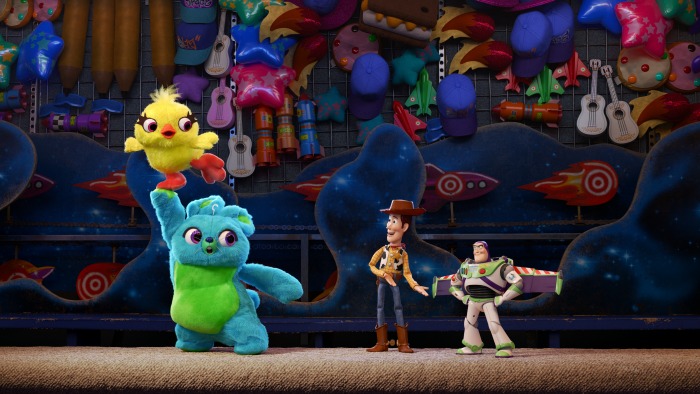 Bo Peep is back in Toy Story 4, and is doing big things with a little sidekick! Giggle McDimples is the most adorable pocket-sized cop you’d ever want to see. Modeled after the Polly Pocket toys from the 80’s, don’t let Giggle’s laugh fool you. She’s tiny, but she’s tough!

Giggle and Bo met as lost toys and now work together to keep the peace on the playground with the other toys.

Ally Maki is the voice of Giggle McDimple.

Be sure to check out these special events the day before  “Toy Story 4” officially opens!

Opening Night Fan Events will invite fans to be among the first to experience the movie on Thursday, June 20. In addition to watching the film early, attendees will receive a set of “Toy Story 4” collectible character cards and be a special event-only concession offer.

“Toy Story 4” Movie Marathons take moviegoers on a “Toy Story” extravaganza on Thursday, June 20, showing all four “Toy Story” films back to back. In addition to seeing Buzz, Woody and all their Toy Story friends on the big screen, fans will receive an exclusive Woody pin, a set of collectible character cards and get a special event-only concession offer.

Check Fandango.com for more information and to find participating theaters.

Want to know if Toy Story 4 is appropriate for your kiddo? Check out this review of Toy Story 4 from Amiyrah at 4 Hats & Frugal where she answers the question, “Is Toy Story 4 okay for kids?” 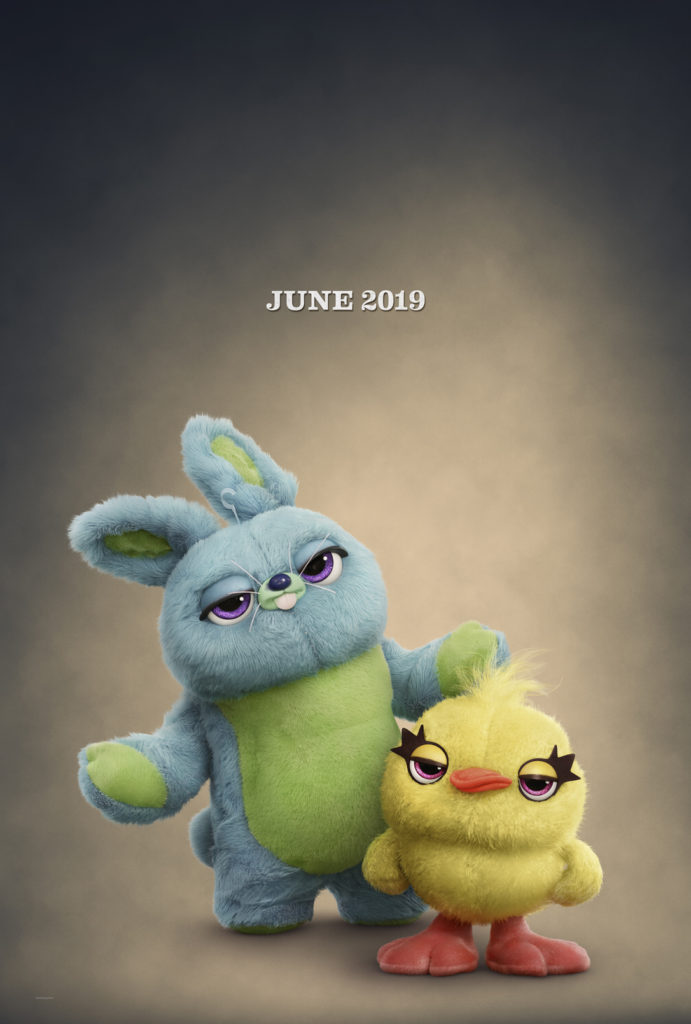 Previous Post: « How to plan an ice cream social on a budget
Next Post: Out-of-the-Box Ideas To Celebrate Your Daughter »