It’s been a minute since an animated character completely stole my heart. Jack Jack is probably the last character I obsessed over because I can’t get enough of how cute AND totally dangerous, fearless, and precious he is just like my own toddler. A few weeks ago, I got to meet someone who is competition for my affections.

The brand new friend from Toy Story 4 is one of the most hilarious characters we’ve seen in a long time! I had the chance to watch a few clips from the film at Pixar in Emeryville, California and I couldn’t stop smiling whenever he was on screen. Everything about Forky, EVERYTHING, is perfection. More than anything, I appreciate how real the idea of a little kid making friends with a spork is. Trust me, my daughter used to walk around with a ribbon and my son has a lip balm tube that he really connects with! 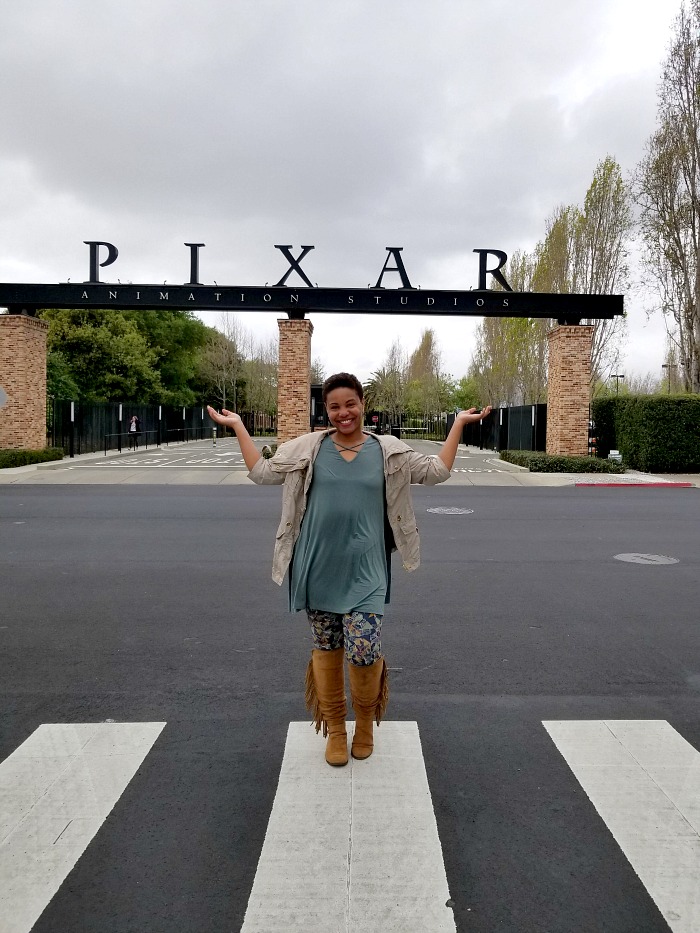 Forky is a friend who is introduced to Woody, Buzz, and the rest of the crew when Bonnie brings him home from school after making him from a disposable spork. Forky is committed to being a spork and tries to get away. He is not interested in being a toy and really doesn’t want to go on any adventures.

The other toys know how important their roles are, though, and try to convince Forky that being a toy is his duty and purpose. Toy Story 4 director, Josh Cooley says, “The world of Toy Story is built upon the idea that everything in the world has a purpose,”  “A toy’s purpose is to be there for its child. But what about toys that are made out of other objects? Forky is a toy that Bonnie made out of a disposable spork, so he’s facing a crisis. He wants to fulfill his purpose as a spork, but now has a new toy purpose thrust upon him.”

Forky sees things in black and white, and his earnest and honest observations had me cracking up! He plays a sidekick to Woody, and partnered with Woody’s hero / big brother / mentor vibe, they make the perfect pair. I could not get enough of their interactions!

Comedian Tony Hale plays voice of Forky. If you’ve ever watched Arrested Development or Veep and liked his characters, you will love him as Forky! 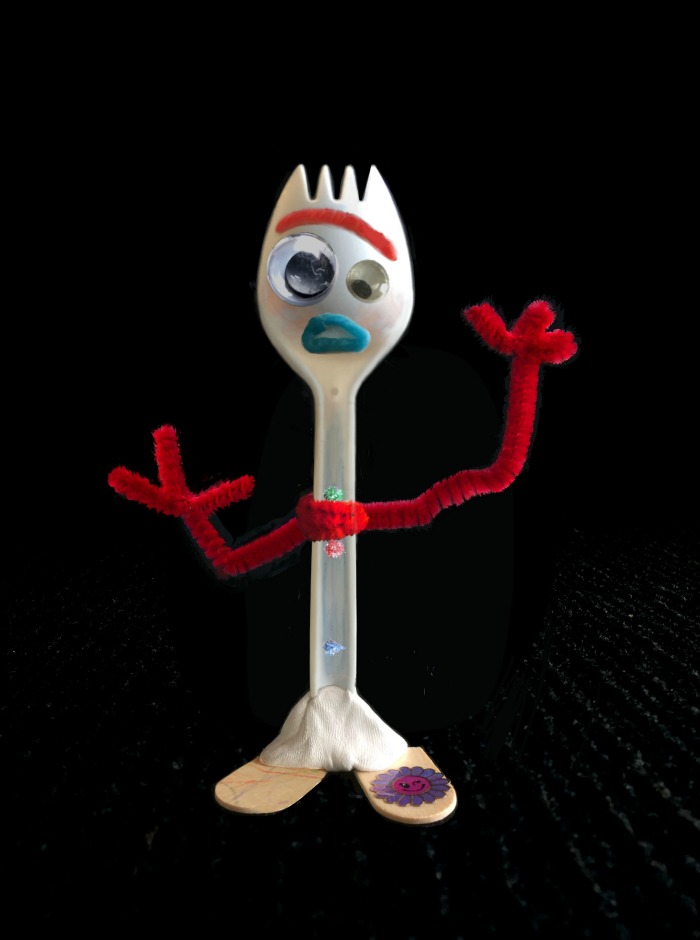 Make your own Forky

During my visit to the Pixar campus for the Toy Story 4 press day, I got to make my very own Forky. Besides being super funny and seriously cute, the fact that Forky can be DIY’ed by any kid anywhere endears him to me even more. Claudio De Oliveira, an animator who helped to bring Forky to life said that he and his team were intentional about adding a new friend that was super accessible. 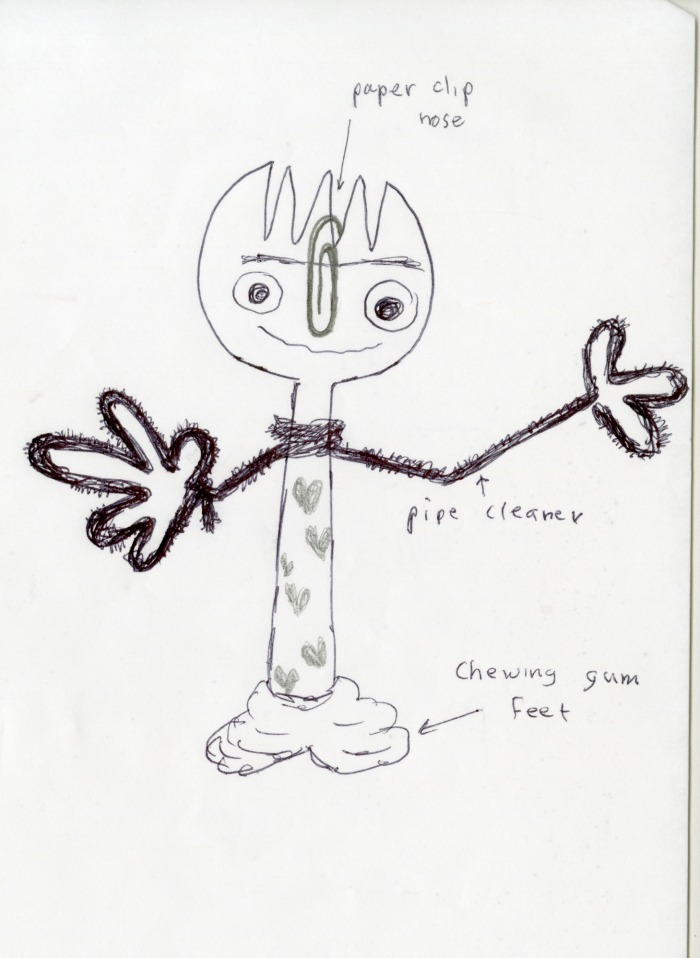 With just a spork, popsicle sticks, wiggly eyes, pipe cleaner, WikiStix and clay, you can make Forky, too! It was really fun to look around the room and see professional bloggers and journalists trying to find the exact size wiggly eyes their Forky would have! I know without a doubt that kids are going to love making Forkys at home. When I pulled mine out of my bag at home to show my children, they fell out in giggles.

See what I mean? This little guy is awesome already! 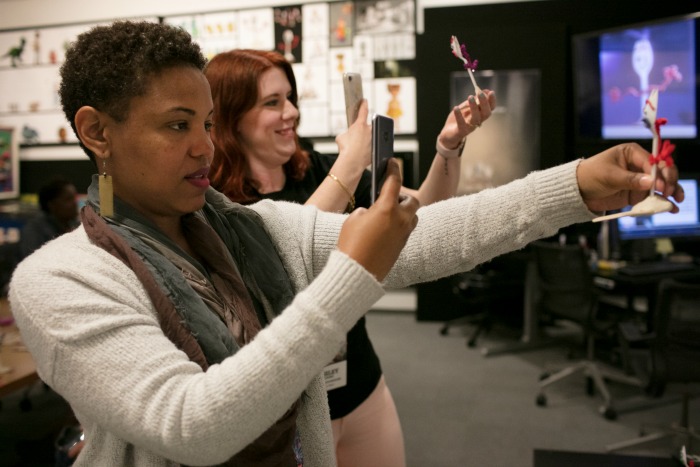 Press make their own version of Forky, as seen on the Toy Story 4 Long Lead Press Day, on April 3, 2019 at Pixar Animation Studios in Emeryville, Calif. (Photo by Deborah Coleman / Pixar) 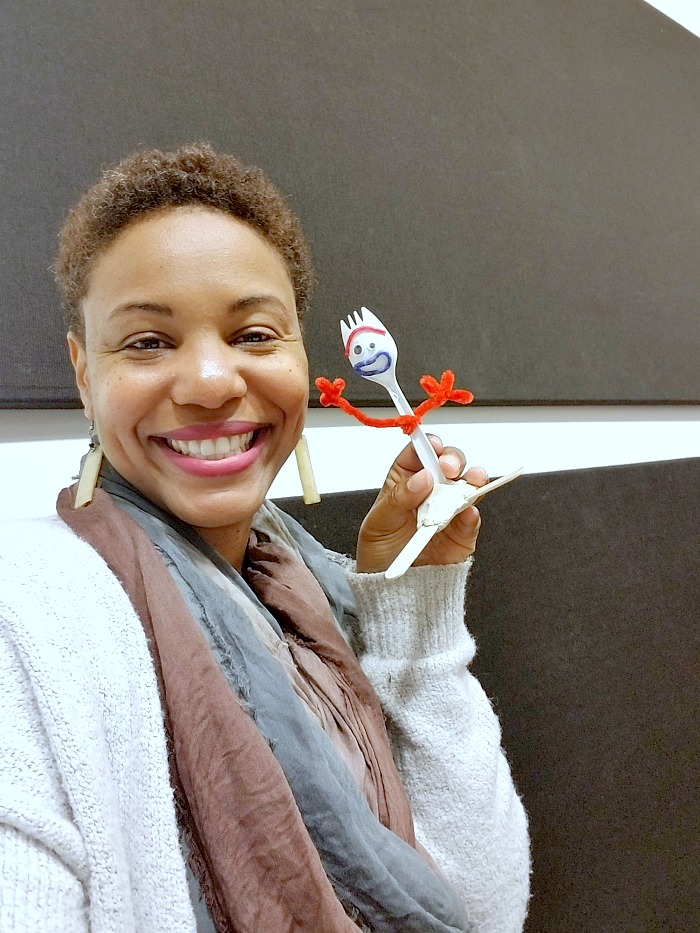 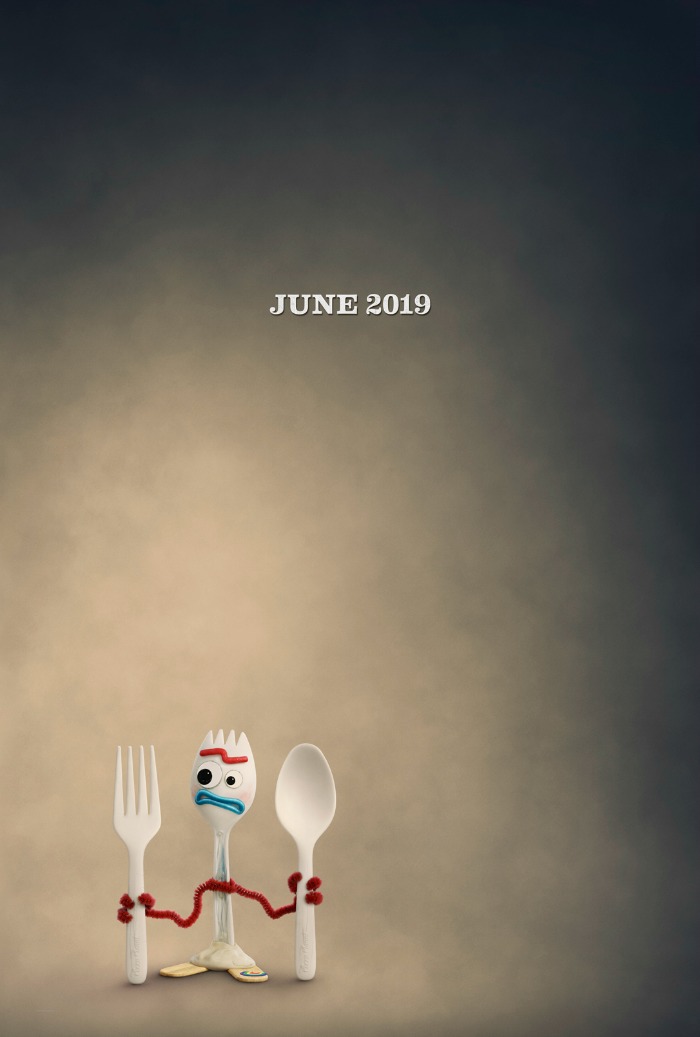