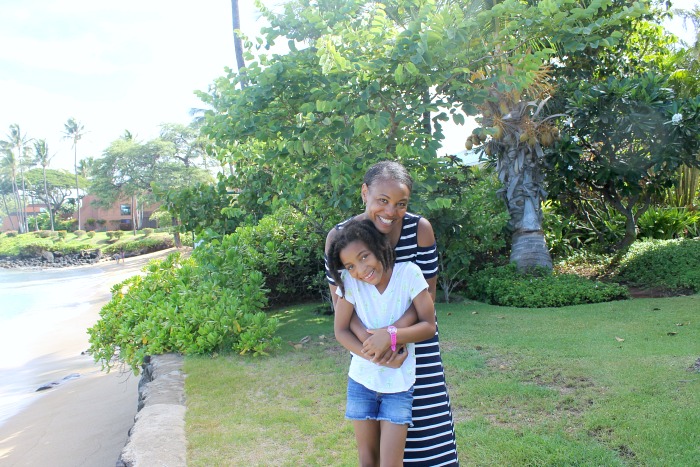 Being a mom of my word was one of the most important things to me from the beginning.

I was just shy of six weeks postpartum, and there is no way I should have been walking four miles round trip with a 12 pound baby strapped to me.

Back in June, though, that’s exactly what I did. The Golden State Warriors, our hometown basketball team, had just won the 2017 NBA Championship.

The night they clinched the title, Terrence and I called Ayva out of bed to cheer and celebrate with us. In the throws of excitement, I told Ayva that we would go to the championship parade.

Ayva was thrilled and talked about it all night and the next day.

At first, I was just as excited as she was. There was a parade a couple of years before that I missed, and I was happy to get another chance.

As it got closer to parade day, I started to consider the logistics of the day and wondered if maybe I had overshot my commitment a bit.

After all, I had recently undergone a c-section. I was still under the care of my doctor. Parking would be crazy, so driving wasn’t an option. And what about Jamie, my newborn?

I had no way of knowing how he would respond to the heat or the crowd. There were a million reasons to cancel. I could find a ton of excuses as to why we should just watch the parade on television.

Instead, I strapped my son on, put on some comfy shoes, and trekked downtown. I gave Ayva my word, and we were going to get to that parade no matter what.

It was hot, I was uncomfortable, but we got there. We really did have a good time, and I’m so glad that I decided to do what I said I was going to do.

I hadn’t been a great mom the last few months before our fun day at the parade. My challenging pregnancy had me sitting out a lot of Ayva’s activities for the year.

I wasn’t able to volunteer at her school as much as I used to, I sent my husband to events without me, and there were several times I had to bow out on a commitment at the last minute.

Through it all, Ayva was mature and understanding far beyond her young years. I owed it to her to get to that parade. 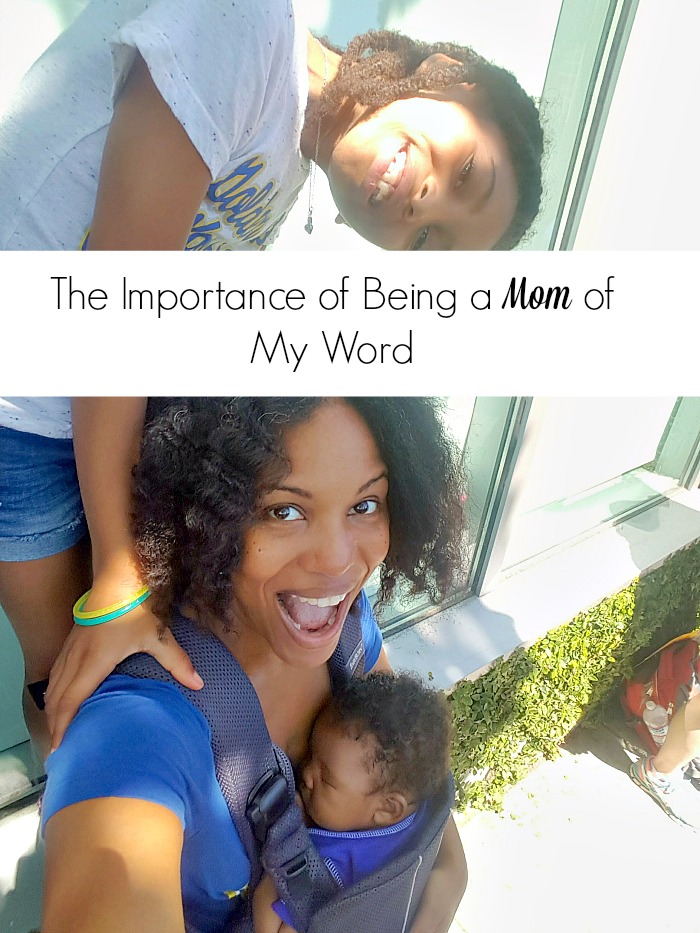 Ayva deserves for me to be a mom of my word. When I say I’m going to do something for her, I need to do it. I remember my parents making promises to me or teasing fun things that we’d do together and then not following through.

Over the years I learned to stop looking forward to things. I know they meant well and most of the times wanted to do what they had promised. That still didn’t take away the disappointment I felt when we didn’t do that thing they said we were going to do.

Now that I’m a parent myself, I get it. There’s nothing more joyful than seeing my daughter’s reaction when I tell her we’re going to do something fun. I love watching her jump up and down and hearing her squeal.

I want her to trust me.

Even if it’s something simple like a plan to get frozen yogurt after school tomorrow, she anxiously anticipates it. Picking her up the next day and telling her that we’re not going today crushes her spirit and makes her feel like she can’t trust me.

Right now, Ayva is a tween. She tells me every single detail of her life. Things aren’t that complicated in her world, yet, but as she gets older, I want her to know that she can come to me for the hard stuff.

If she doesn’t feel like she can trust me, that I won’t get mad when she honestly shares something intimate or tough that she needs help with, who will she go to? I’m not willing to take the risk of my child not believing that she can depend on me to do what I say I’m going to do.

Being a mom of my word is my priority right now.

Planting the seeds for trust in the future is important to me.

My body was aching for a week after our walk down to the parade. I got a little sunburned. I was dehydrated.

But Ayva is still talking about it. And she knows that she can believe me when I tell her something. I’m a mom of my word. I have no doubt that I’ll be grateful for that 4 mile walk, trips for yogurt, and all of the other things I promise we will do that we actually do, when she’s a teenager sharing her secrets with me.

Yup, totally worth it. Absolutely.