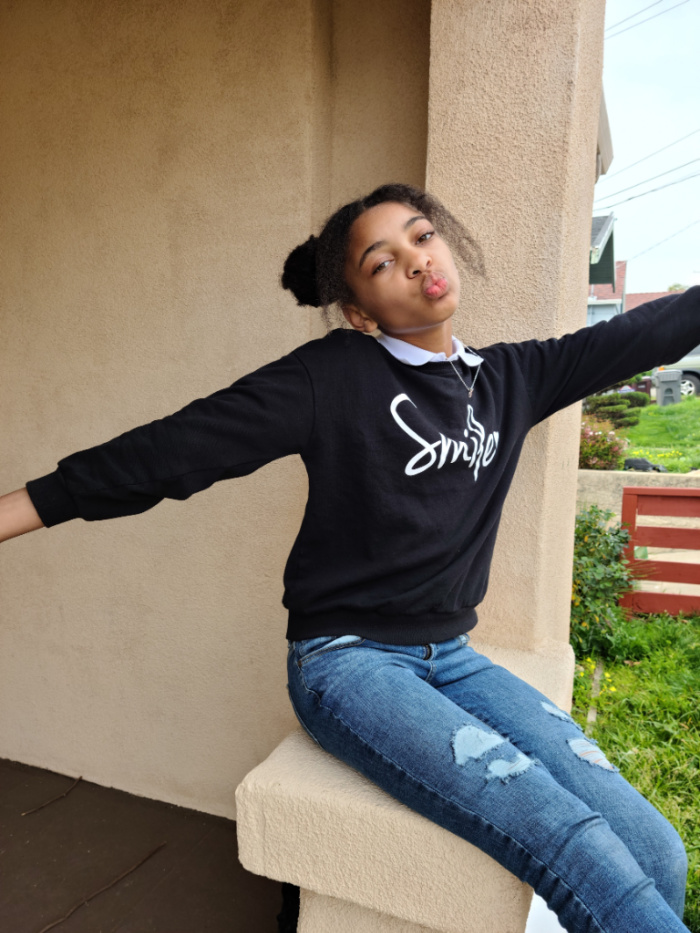 Black girls have been under attack since the beginning of time. Their childhoods have historically been cut short, and it’s just not fair.

Even before I became a mother, I was fiercely protective over little Black girls.

Often forgotten and minimized, it was my goal since I was a young girl myself to uplift and encourage our precious babies.

I worked with middle school girls for years. I pushed them beyond their self and society imposed boundaries, and loved them with all of my heart.

I never forgot that they were children.

That’s What Kids Do

Now, please understand, there were times that my girls were sassy, had attitudes, and tried to push the limits with me.

These girls were pre-teens. They were hormonal, and basically losing their minds.

That’s what kids do.

As an educator, I expected that, and part of my work was to teach them how to channel that sassiness into confidence and becoming a leader.

Oh, and there were times when these girls worked my last nerve. The next day, though, we started from scratch again. When you’re teaching children, patience and repetition are the name of the game.

For many of the little Black girls that I mentored, their childhood ended at age 7 or 8.

They often had responsibilities that teenagers and even college age students don’t have.

By the time they got to me at age 12, small things like walking to school nearly a mile away by themselves had turned to more substantial responsibilities like taking care of siblings, cooking dinner, or caring for elderly grandparents. 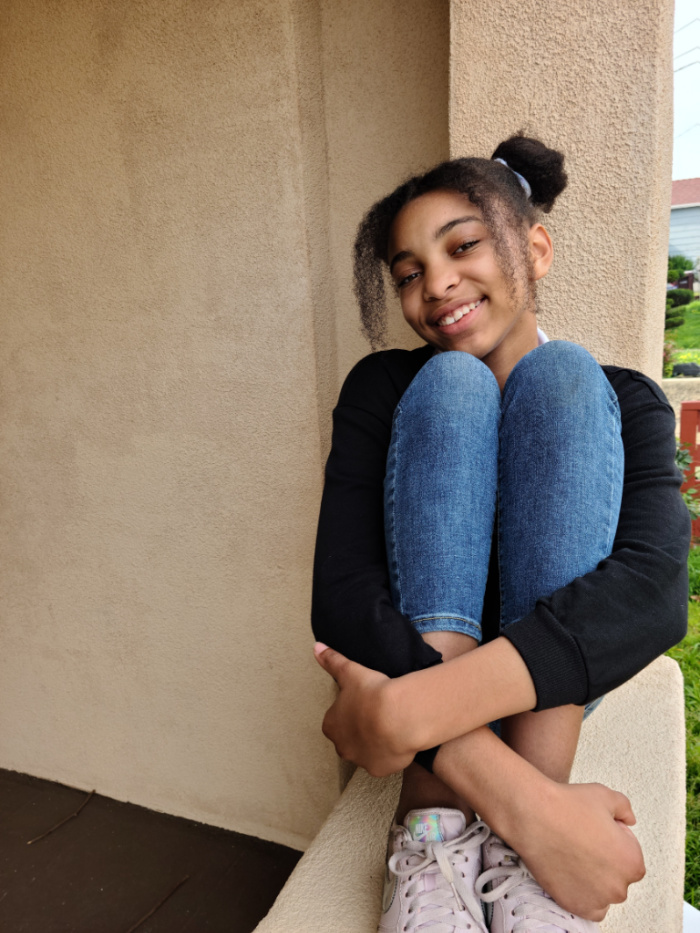 These girls could recognize that they were poor. They were already starting to identify and internalize their low position on society’s totem pole.

Where does this come from? What makes them believe this?

As the mother of a little Black girl, I have wondered if I was guilty of perpetuating this problem.

I had a conversation some friends about whether they felt like we pushed our girls too hard too soon.

My concern was that, compared to many other children, the expectations that I have for my daughter’s behavior (i.e. we don’t do tantrums, you don’t run away from Mommy) are high.

She is articulate and can say what she wants, so we don’t allow whining.

She can talk as much as she wants, but when people are talking, she knows that she is not to interrupt without saying “Excuse me”.

I was really worried that I might be rushing her through childhood. Then I came to my senses.

Dehumanization is the Problem

As a parent, giving my child boundaries and teaching her how to be respectful isn’t the problem.

Society, and it’s dehumanization of Black children is the problem.

Our children have very little value in society. Well, unless they’re doing something extraordinary. Even then we can’t shield them from hate.

A few years ago, The Onion called Oscar nominated 9 year-old Black girl Quvenzhané Wallis a c*nt, and some people wrote it off because The Onion is satire. But she was 9.

To be fair, there were a lot of people on Twitter who were outraged at the use of the disgusting slur being directed towards a child.

What they didn’t understand was that Black folks were so angry because we’re exhausted from having to justify our children’s rights to be treated with respect and love. You know, like other kids.

How do we protect Black Girls

Acknowledge When Race is an Issue

First, you can acknowledge when race is an issue.

Let’s stop sugarcoating the issues and really address the problem.

Black children get treated much differently than white children.

This is a proven fact. A study found that adults think Black girls as young as 5 need less protection and nurturing than their White peers.

Until white people really accept that and start holding the media and the rest of society responsible for treating all children the same, it’s never going to happen.

Get in Touch With Your Own Perceptions About Black Girls

Are the expectations you have for the Black girls in your life age appropriate and realistic?

When you’re quoting a little Black girl, do you automatically get a “Sassy Black Girl” accent? Do you start rolling your neck?

Can you even picture a Black child that isn’t a baby, a toddler, or a preschooler?

Of course you care about all kids, but make sure you understand that even a 14 year-old Black girl with a developing body is still a child.

That’s it. If we could get every person in the world to start with those two actions, we might actually be able to give our Black girls a fighting chance at childhood passed the age of 5.

Until then, Black parents are going to have to stay on our toes.  We’ll have to  keep battling for our daughters who deserve much more than the hate that they’re often subjected to.

You're completely correct: boundaries don't inhibit an enjoyable childhood; they enhance it. Boundaries are necessary. We aren't pushing our kids through by expecting certain behavior; we'd be doing them a disservice if we didn't set limits. (I've asked myself this question recently when upping the chores in my home. My girls are 12 and 9 (the boy is 3; he just needs to clean up his toys, which he doesn't do BUT THAT'S NOT THE POINT) and fully capable of doing more. As it stood they were only doing things like sweeping or cleaning their room and bathroom. But mama needs help w/the dishes and the laundry. And then I stopped myself. Am I giving them too much? Shouldn't they be off playing somewhere rather than toiling away on that pan I burned the eggs in? Like you, I came to my senses. These girls NEED to know these things. It is unrelated to removing their ability to have a childhood.

The tip I have? Get involved. Do something. Get angry. Turn your words into actions and find some children (they aren't hard to locate) who could benefit from anything you have to offer. And then just...help them.

As for Quvenzhane and The Onion, I find this quote from Roxanne Gay at The Rumpus sums up how I feel: "I’m not outraged about this one tweet. I’m outraged about the cultural disease that spawned this tweet, the one where certain people are devalued and denigrated for sport and then told to laugh it off because hey, you know, it’s humor."

Well the first two I could think of are there already ... #3 I would say to teach our children that our situations are temporary.

I was born and raised in the projects and statistically, as a Latino female, I should not have an engineering degree, make as much as I make, speak as I do, dress as I do, continue to aim higher all without having 6 kids in the process. We have to instill in our kids that WE ARE ALL equal and to ignore all the statistics that say we should end up otherwise. Yes acknowledge that we are all different but those differences should not dictate our successes/failures.

Thank you for this post. I must admit I wasn't surprised at the comment itself, I was actually more surprised with the comments about how it isn't a racial issue.

You're right it is incredibly exhausting to have to defend/explain why our children are just as good as others. It's exhausting when people readily dismiss our outrage by saying that we're simply "pulling the race card." It's disheartening and downright tiring.

What I don't understand, to this day, is why this is such a big problem in America. I grew up in Germany, compliments of the US Army, and by the time I moved back to the states, I had lived in such an accepting society that I wasn't prepared for the "reception" I received upon moving back to the US.

As a mother, I'm furious. As a black woman, I can only shake my head as I listen to the media continue to further exacerbate the notion that African American women and girls do not deserve the same respect as their white counterparts.

But what do I know. After all, I'm just pulling "the black card" right?

You know, had another thought--interesting how Obama's girls are the first "First Children" that are not off limits as far as criticism.

Completely agree, and it's one of the reasons I joined [email protected] We need to value ALL the world's children. It's not ok to dehumanize any of them--black, Asian, 'retarded' and so on.