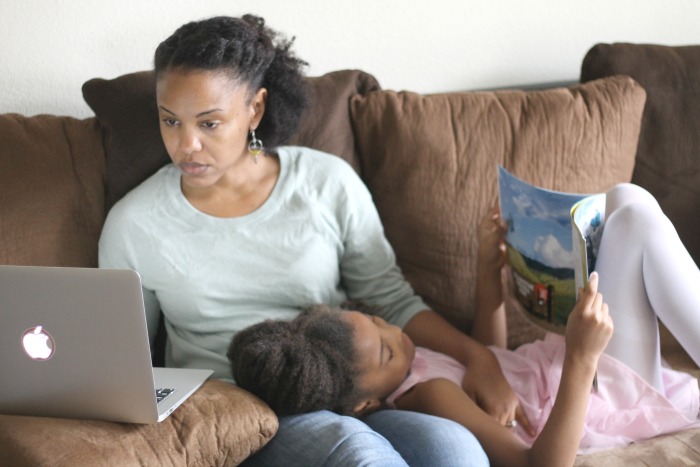 What happens when you don’t pay your taxes? Well, let me tell you all about it!

Taxes. Paying them kind of sucks, right? I know the money goes towards keeping the country running, but I really wish it were more like church. They pass an offering plate and you give what you want. Unfortunately, since that isn’t the case, my husband and I went to have our taxes done the other evening.

For folks who have regular 9 – 5 jobs, going to file taxes isn’t that big of a deal. When you’re an entrepreneur, though, it can be the most stressful time of the year (times four if you’re paying quarterly taxes).

After that one year where I had to set up a payment plan to pay taxes, I got my life together. My husband and I created a new plan for my business, and it works. It still hurts when we get our taxes done, but at least we’re not in debt.

Where I am now is a far cry from that one time when I went three years without filing taxes.

I was a full-grown adult at the time, too.

Don’t judge me, yet, though. Let me tell you how it happened and what happens when you don’t file your taxes.

I’ve been a freelancer for years and years

I can’t think of a time when I only had one job. Even when I was in a full-time position, I had contract teaching or writing jobs going on. Every year for the last 12 years, I’ve received 1099 forms from clients.

Often, when you’re an independent contractor, you receive a 1099 at the end of the year that shows all of the money you made. You know from the time you sign the contract that you’re responsible for paying taxes on the money that you earn.

The year before my oldest child was born, I was doing the most freelancing that I had ever done at the time. I went from having one or two 1099 forms at tax time to six or seven. The years after that, the number of independent contractor tax forms I received continued to grow to the point where I have anywhere from 25 – 35 every year now.

Back then, in 2009, I was pregnant, trying to figure out what my new life would look like, and those 1099s were overwhelming to me. I gathered them up, put them in a big envelope, and forgot about them. I never once thought about what happens when you don’t file your taxes.

The next year I had a new baby. The year after that, I had surgery and was planning a move to California.

Seven months after I moved to California, the IRS found me. And this is the part where I tell you what happens when you don’t file your taxes.

They sent me a letter saying that they knew I hadn’t claimed any income for the last three years, and they threatened to put a lien on my property and garnish my wages. I was so scared!

Terrence had just proposed to me a few weeks before, and my first thought was that he would never want to marry a woman who was having her wages garnished for taxes. I was in our apartment alone when I got the letter, and I started freaking out immediately. I ran out, got in my car and drove aimlessly, not sure what I would do, but knowing that I had to get away before Terrence got home.

In my car, I said a prayer and asked God what I should do. I immediately heard, “Talk to Terrence.”

I prayed, “What can I do besides that, Lord?”

Y’all, I really did not want to tell my fiancee about this tax issue! Unfortunately, I heard, “Talk to Terrence” again, and I decided to be obedient.

I had to tell him that the IRS had contacted me

My then fiancee was at work, so I left him a message that we needed to talk about something important and then turned my phone off. I drove around for a couple of hours before I finally went home. When I got there, Terrence was there, worried about what I had to say to him.

I burst into tears as I told him what was going on. I pulled out the letters and as he was reading them, I went into a drawer where I had put all of my 1099 and W2s from the past three years. Before I moved to California, I had tried to do my taxes myself, but they were more complicated that I expected. So I put them away and hoped that the government would just forget about it.

They didn’t, so I was forced to explain to my future husband why I had neglected to do the most important financial task one has to do.

After a few moments, Terrence looked up from the letter and told me that it was just a warning letter. I just needed to go have my taxes done.

I couldn’t believe that he wasn’t concerned or upset. Where I was anxious and borderline hysterical, he was calm about the whole thing.

What happens when you don’t file your taxes?

He told me to just go get my taxes done.

Why didn’t I think of that?

Terrence was grateful that I was honest with him and sharing what was going on. He requested that I keep doing that as we grew together and got married, and I promised that I would.

The next week, I went to get my taxes completed. It cost over $1000, but it was worth it. I actually received a refund because I had Ayva, paid childcare, and was withholding a lot from my full-time paycheck. I almost missed out on a refund because after 3 years, the possibility of a refund expires! If I would have waited a few weeks longer, I would have gifted the government my overpayment!

This was a wake up call about money

This was a huge wake up call for me. I didn’t grow up in a family that educated me about money. My relationship with money has always been weird. I tend to get overwhelmed and just bury my head in the sand when the financial stuff gets complicated. I’m not a kid anymore, though, and I can’t just ignore this stuff. Being financially neglectful affects my entire family, and I know that.

I know a lot of people who are scared or overwhelmed when it comes to personal finance. They don’t have enough money, enough education, or enough support to really create wealth for their family. I want to offer y’all encouragement. If I can figure this stuff out, so can you.

We have to break these generational curses that hold us back from creating real wealth for our families. Money isn’t the most important thing in life, but being financially stable eases stress and can help you live a more comfortable life. That’s my goal. I’ll never again hide from money issues. I won’t let it overwhelm or scare me.