I am a member of the Netflix # StreamTeam and receive promotional products for participation. 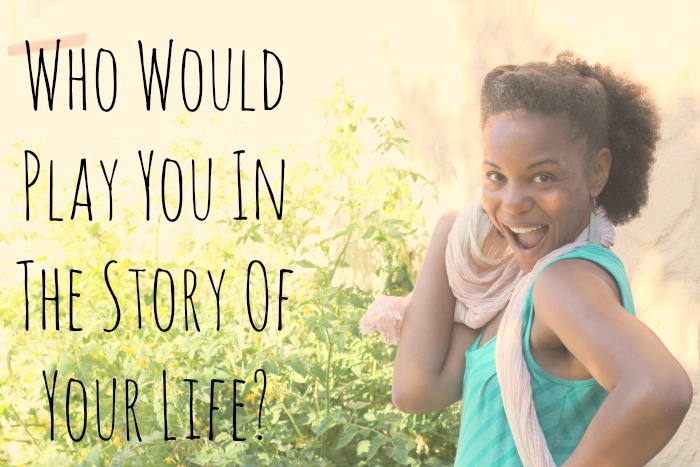 Have you ever thought about writing down your life story? I have. Even though I haven’t really had tons of weird or abnormal adventures, I still think it’d be nice to have a history of Brandi for Ayva one day. Then, me being the dreamer that I am, I have to take this idea one step further.

What if a big time Hollywood producer discovers my life story and decides that it would make a great movie? My entire life, from the day I was born in Philadelphia in the late 70’s all the way up until now, on the big screen for everyone to see. That would be cool, right?

Since the story would already be written and I’d be on set every day as the Director and Creative Advisor (naturally), the only big issue left to deal with would be who would play me in the story of my life. I feel like someone like Emmy nominated actress, Taraji P. Henson or Emmy winner Viola Davis would do my story justice. If we’re casting based on looks, then maybe Joy Bryant or even Ciara. Of course I would expect the hottest actresses in Hollywood would want to audition for the role, and I’d absolutely give them all the benefit of a fair shot.

Or, who knows, maybe I’d play myself? That would be fun!

from Netflix: Pedro Pascal and Boyd Holbrook play DEA agents Javier Pena and Steve Murphy based on their real life accounts on the trail of Columbia’s most notorious drug dealer Pablo Escobar.

from Netflix: Lorenzo Richelmy stars as merchant traveler Marco Polo, as this series sheds light on his early years tagging along with Kublai Khan and the Mongolian Dynasty.

Catch up on all of these series now on Netflix!

It would have to be Jennifer Lawrence for me. She's spunky and funny and has no filter, plus she's not a rail. If we were going off of looks for mine, it would be Elizabeth Shue. I've heard we are twins.