You are here: Home / inspiration / We Should All Be Like Five-Year-Olds
0 shares 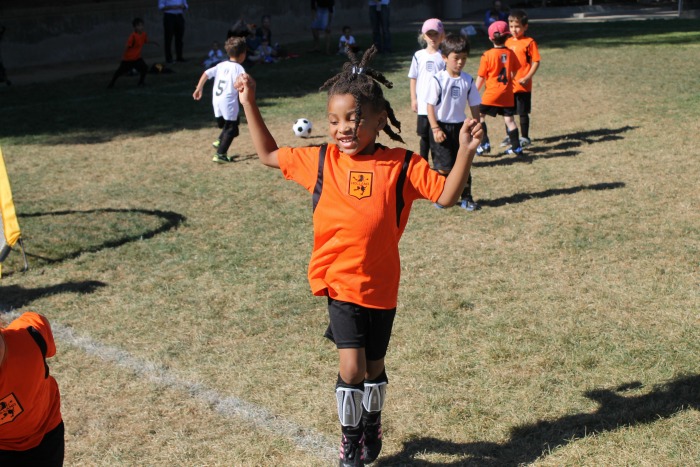 In the last 6 months, Ayva has gone to dance camp, taken swim classes, joined a soccer team, been promoted in her Bible classes, and started kindergarten. She’s learning to read, taken up drawing (a lot), and has recorded 2 videos for her YouTube series. Every morning when she wakes up, she pulls out her writing tablet to practice writing the words that she knows, or creates stories with the dozens of stuffed animals that sleep in her bed.

Last week, nearly 2 months after starting kindergarten, Ayva told me that she was actually scared about starting a new school. I had no idea because she never said anything. Whenever we asked if she was excited about going to school, she’d say yes, and on her first day she was more excited and bubbly than normal. It was a huge surprise to learn that she was worried about whether or not other kids would like her and want to be her friend, and that she had concerns if she’d have enough time to finish her lunch. I told her that she always seems so self-assured, that I had assumed she was good. “No,” she said to me that day in the car, “I was just trying to be strong.”My heart stopped for second as I realized how brave and awesome she really is.

Ayva’s not only fearless, she’s also incredibly confident and isn’t afraid to push the boundaries and limitations of childhood. When she first started using the “big scissors”, she didn’t ask at all. She got her foot stool, stood on it and reached for the scissors that she needed to complete her project. Even though she’s very respectful, she’d much rather ask for forgiveness than permission, and she never does anything thinking that she might get in trouble. She’d rather give her idea a try and ask for forgiveness later if necessary.

What Happened To Us?

So, what happened to us? Why are some of us still walking around, scared of our own shadows, trying to fade into the background. You know what? Ayva’s light never dims. She sings at the top of her voice when the spirit moves her and expects applause at the end. She leaps and twirls everywhere she goes. The world is her stage, and she know that she belongs here, and she doesn’t feel like she has to apologize for being who she is.

Me on the other hand?  I can’t even tell you how many times I’ve had to deal with change and instead of trying to be strong, I freaked out? Or even worse, I was so fearful about what could happen that I chickened out altogether? I know that I used to be fearless like Ayva. I know I was! Somehow that fearlessness disappeared, though, and was replaced with doubt and complacency. I look around at other adults that I know, and I see that I’m not alone with that.

Here’s what I think. I think we should all tap into our inner children, stop acting like scaredy cats, and be like five-year-olds. Let’s walk with our heads held up, our shoulders straight, and run, jump, leap and twirl through life. Instead of being afraid to speak up because we might get in trouble, or try a new idea because it might fail, or do something brand new because it hasn’t been done before, why not just go for it with reckless, kindergarten-like abandon?