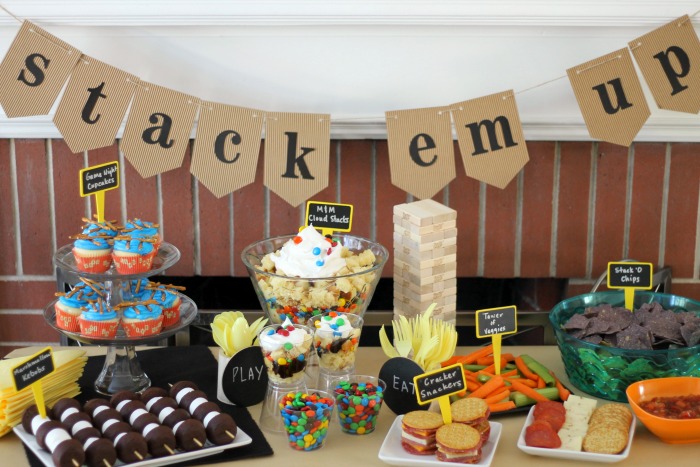 Thinking about how to plan a game night for some family and friends?

Do it! It’s such a fun, low-key way to spend quality time together.

Growing up, I remember watching my parents, aunts, and uncles host game nights, and the thing that stands out to me the most about them was the laughter.

I’m talking about loud, raucous laughs that forced my cousins and me to the top of the steps, eavesdropping, trying to figure out what was so funny.

Those were really good times. The other day I was able to host my game night with Terrence and my in-laws.

We invited a few couples over and had a ball with a very special game night!

My husband’s favorite game is Classic Monopoly, but he gets way too serious with it.

It’s for that reason that I decided a “Stack ‘Em Up” party with a Jenga focus was a much better option for our family!

I’ve done themed parties before, but this was the first time I felt like everything came together.

I mean, come on…Jenga and Stack ‘Em Up? 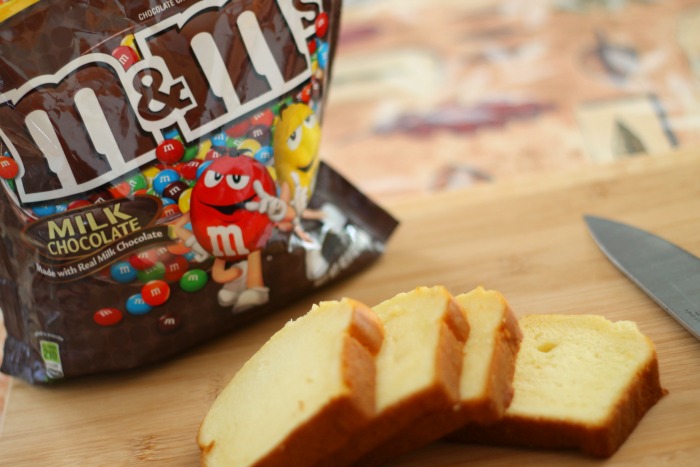 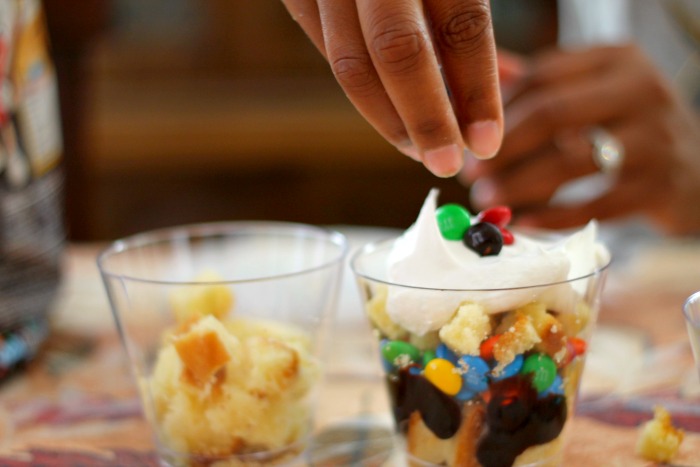 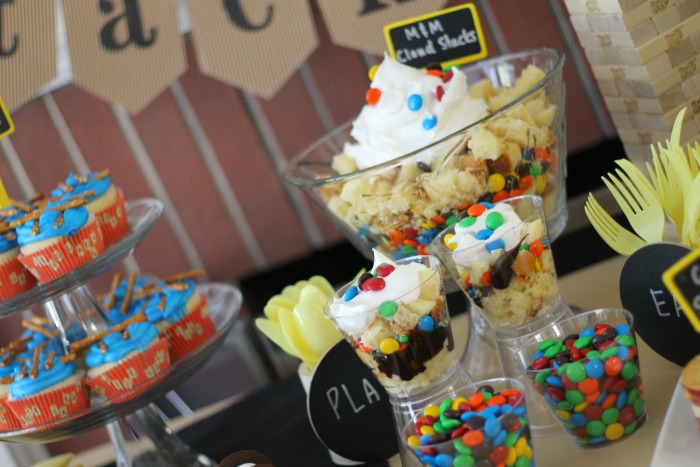 Even though I know that folks will eat candy and chips straight from the bag, I was having a theme party, people, so I got creative with it.

A little pound cake, some chocolate sauce, and whipped cream, and voila, I had yummy Cloud Stacks!

To make them, just cut store-bought pound cake into cubes. Stack the cake with the candy, cream, and fudge.

This is the party prep task that you could give to your kids if you want!

For the rest of the food, I kept the idea of stacking up the wooden Jenga pieces and had food that was layered and piled on top of each other.

This was our menu:

The colors on the Jenga box motivated the party’s color scheme, and it made it much easier for me to decorate than usual. 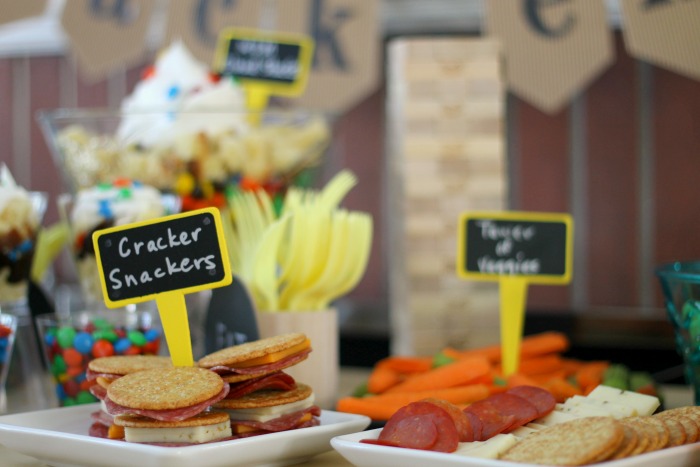 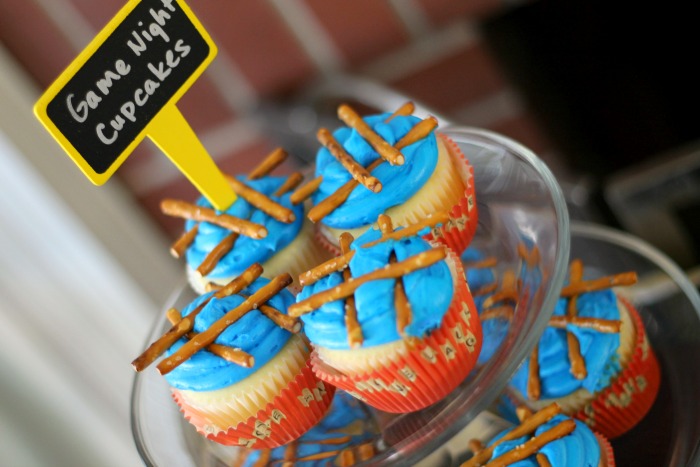 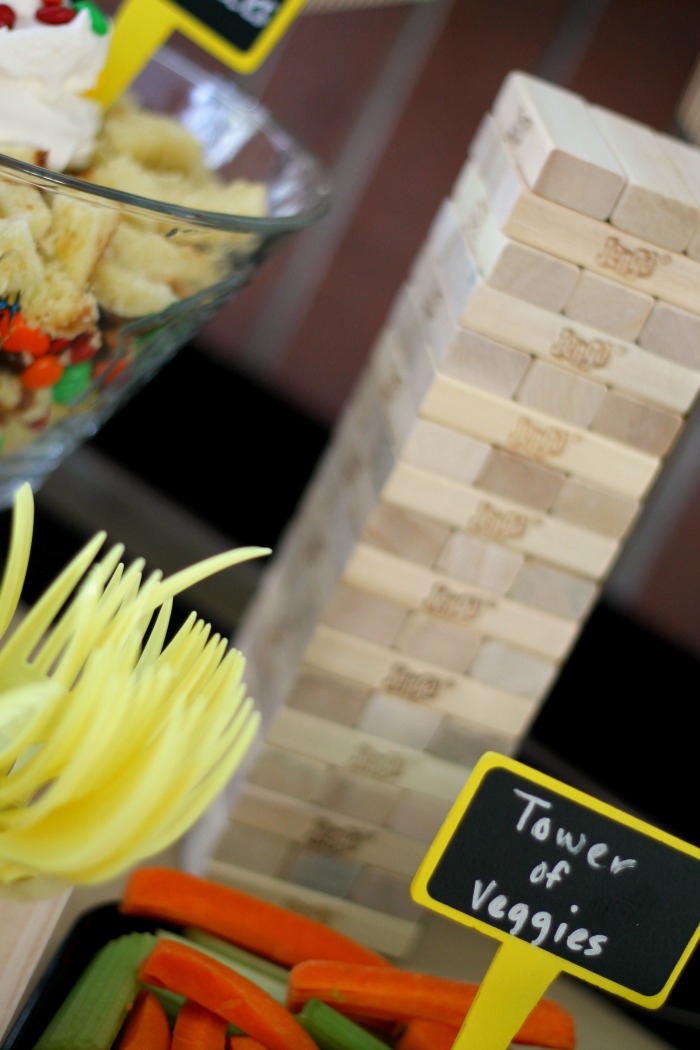 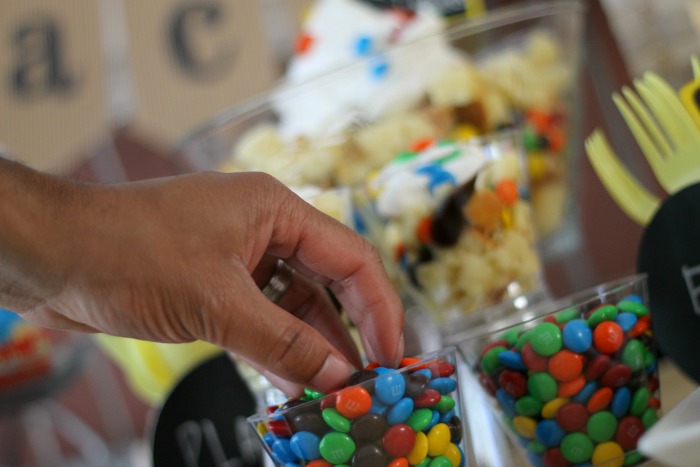 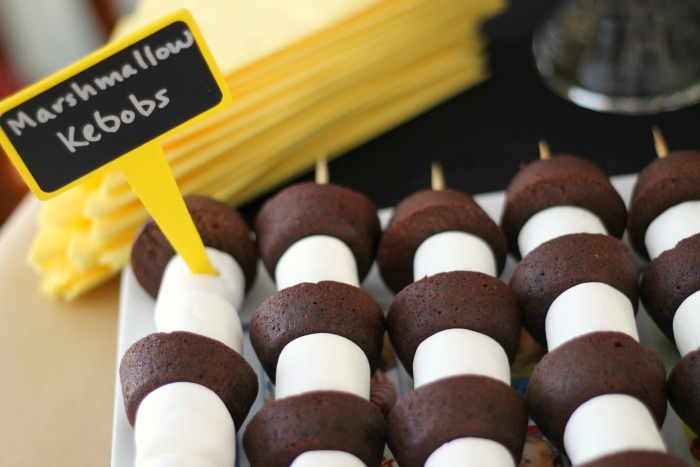 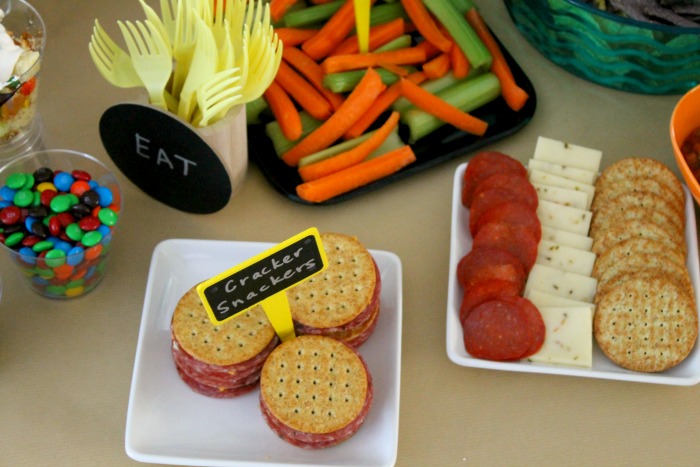 The fun started when we started playing the game, though.

After snacking for a bit, we headed to the dining room and quickly realized that it was good we all were friends. Haha!

It was so fun to see how everyone approached the game!

Some of us were strategic players, while others were fearless and even a little reckless.

The best part of the evening came when all of our kids came into the room to see what we were doing because of our laughter, just like when I was growing up! 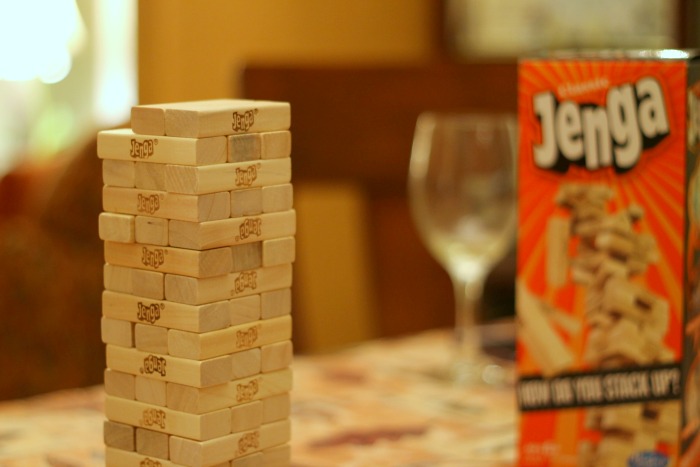 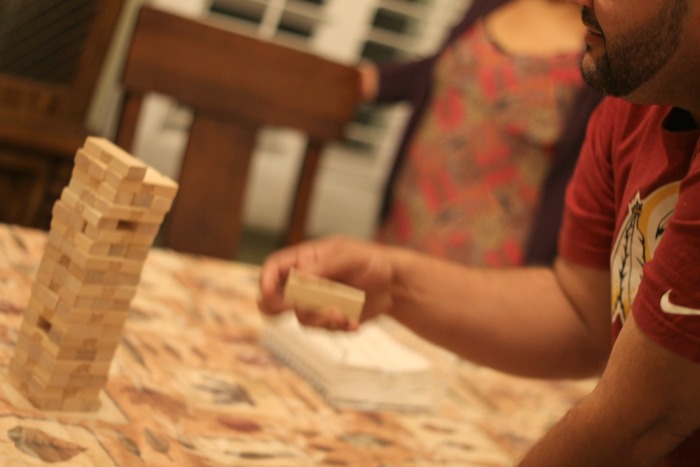 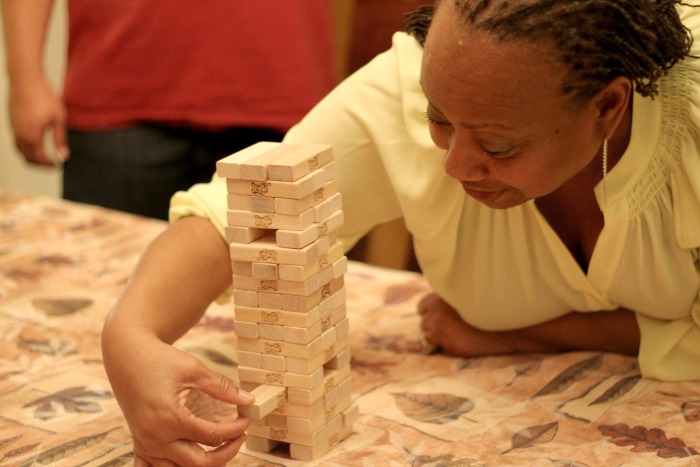 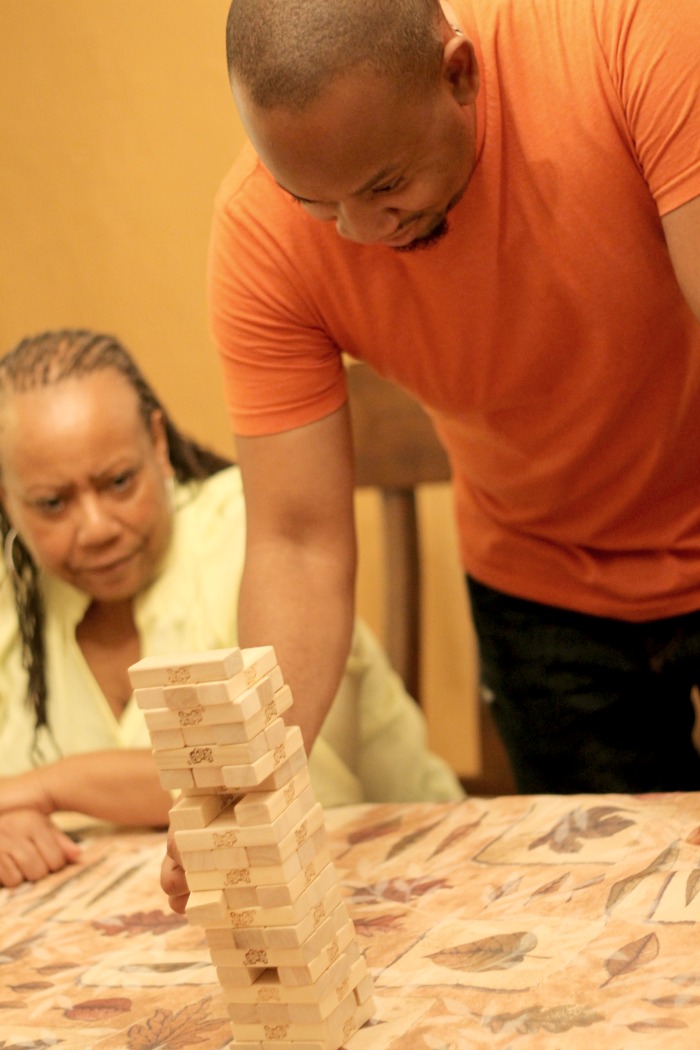 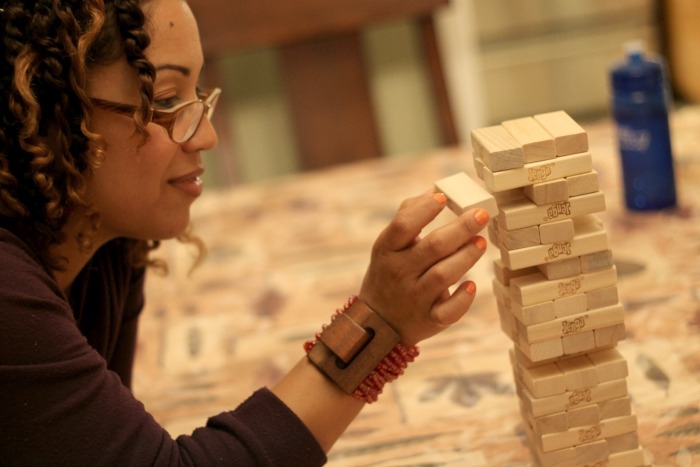 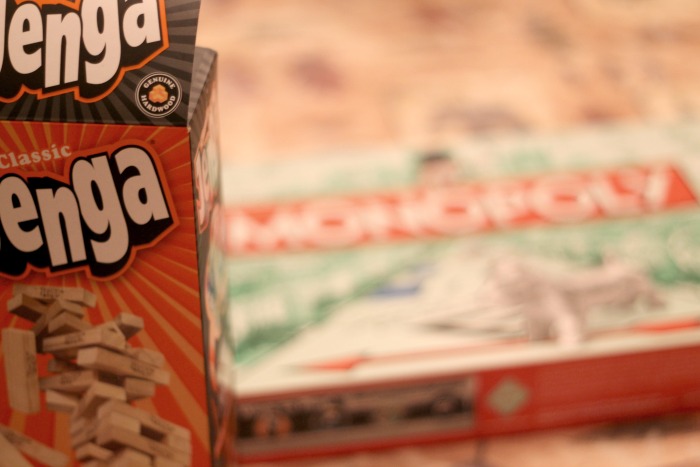 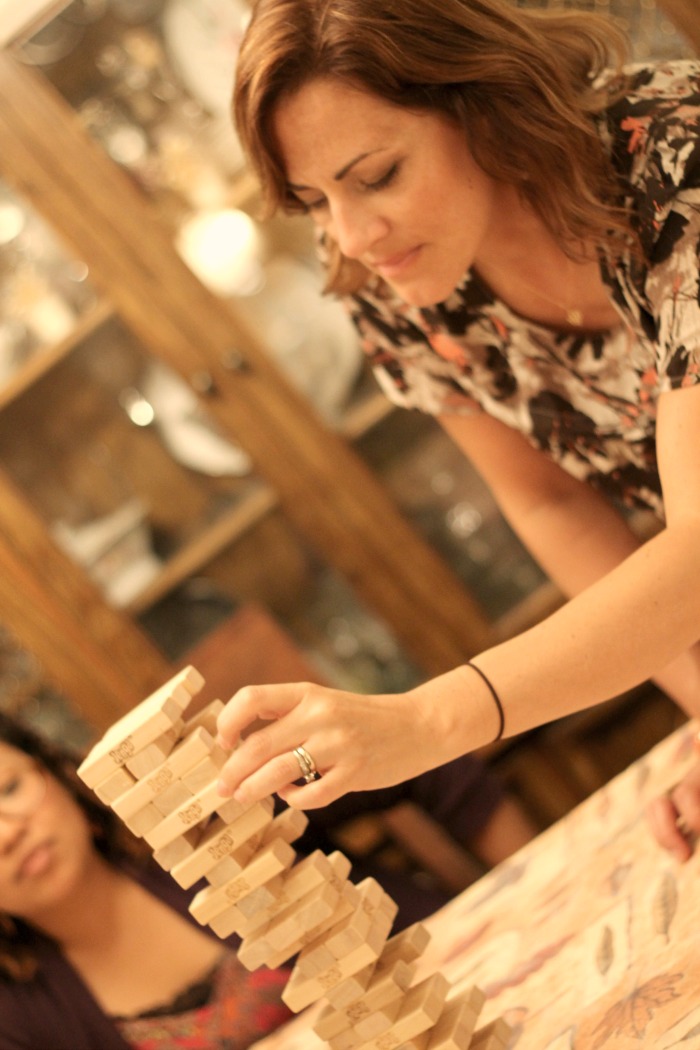 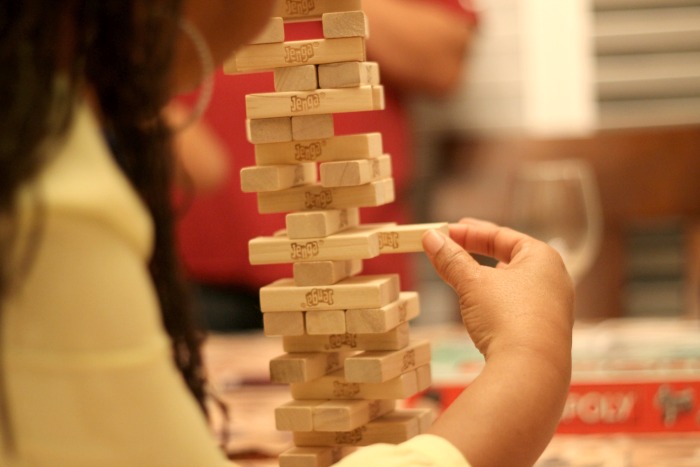 Thank you, Saidah! That really means a lot coming from you!

I am SO proud of your party skills! Look at everything!

This looks fantastic! I love all of the game themed foods, and that everyone looked like they were concentrating very hard on Jenga. Ha! Great job, Brandi!

This looks like so much fun! Dang, I wish I had friends. LOL

I love a good, competitive game of Jenga! Looks like you had a great time eating and making memories! #client