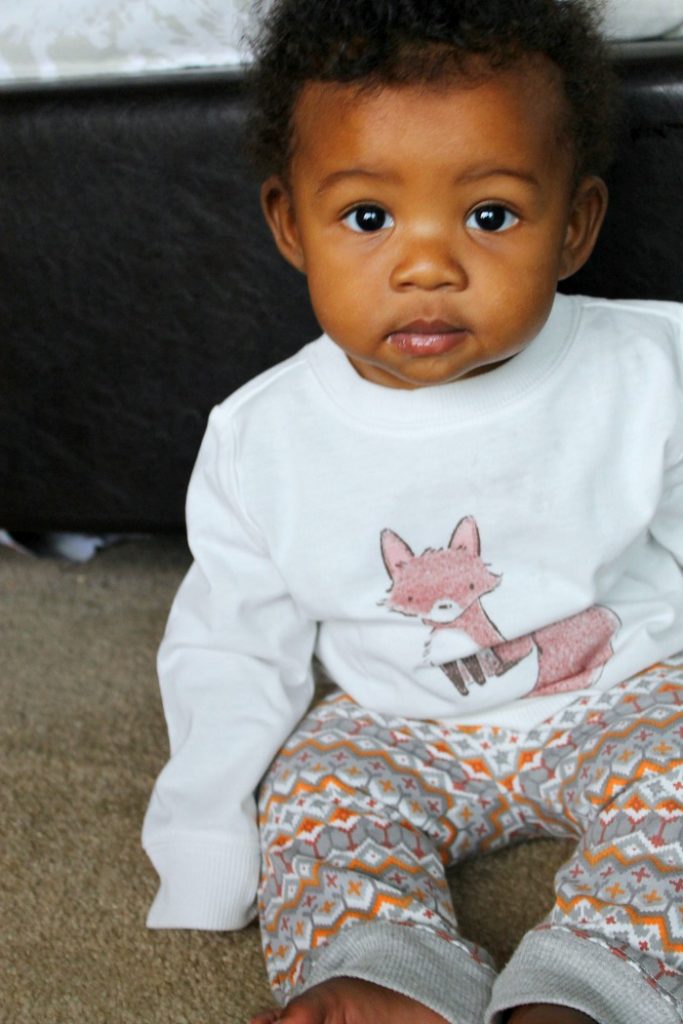 How do you take pictures of a crawling baby?

It’s not as hard you think!

My son is crawling. He’s five months old and already on the move. I was not ready! Not only did we have to rush to baby proof our home, now I have to learn a new skill. I’ve obviously been snapping tons of pics of him up to this point, but now that he’s moving, it’s not so easy. Over the last few days, I’ve had to figure out how to keep documenting his baby journey while chasing after a (surprisingly fast!) crawling infant.

It hasn’t been easy. Running to get in front of him to get a picture as he crawls away keeps me on my toes. I’m not willing to give up being baby paparazzi just yet, though. Here are some things I’ve learned about getting pictures of your baby once they start crawling. 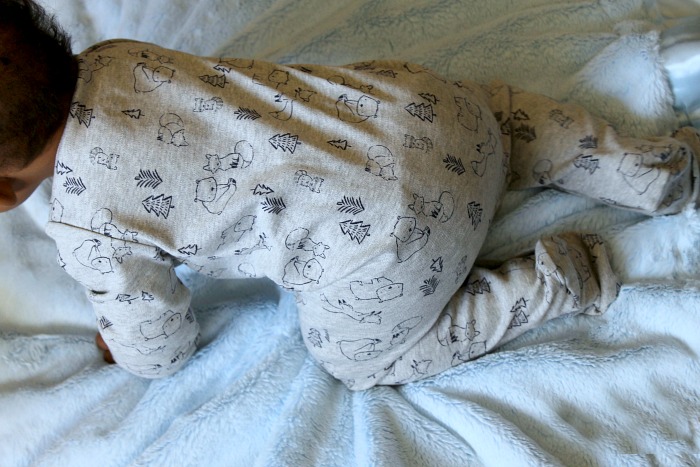 How To Get Pictures of Your Baby Once They Start Crawling

Get down on their level.
Trying to get Jamie to sit still for pictures now is a lesson in reflexes. Having a big camera in one hand and trying to make sure my wriggly baby doesn’t fall off the couch with the other is bananas! Now, I put him on the floor and get down on his level. I take pictures of him crawling, rolling over, and pulling up. 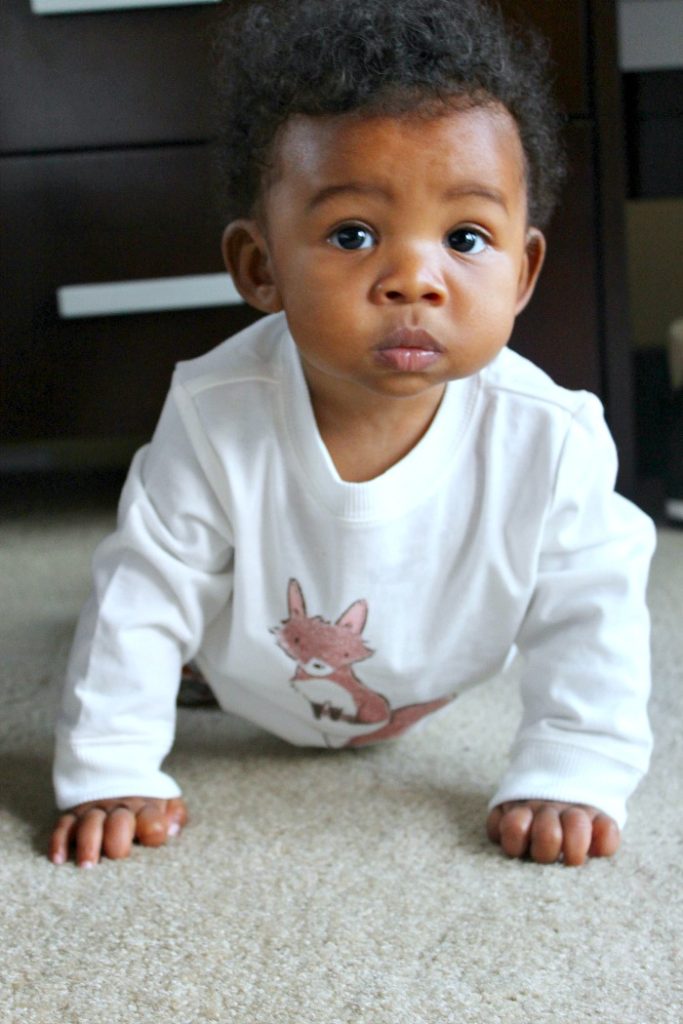 Take shots of them getting away.

Pictures are supposed to document the baby’s life, right? Well, since life for Jamie is all about exploring and being on the move, that’s what I get pictures of. It’ll be fun to look back later and see how often he was on the go. Allow for some evidence of movement in your photos, and don’t be afraid of a little bit of blur. 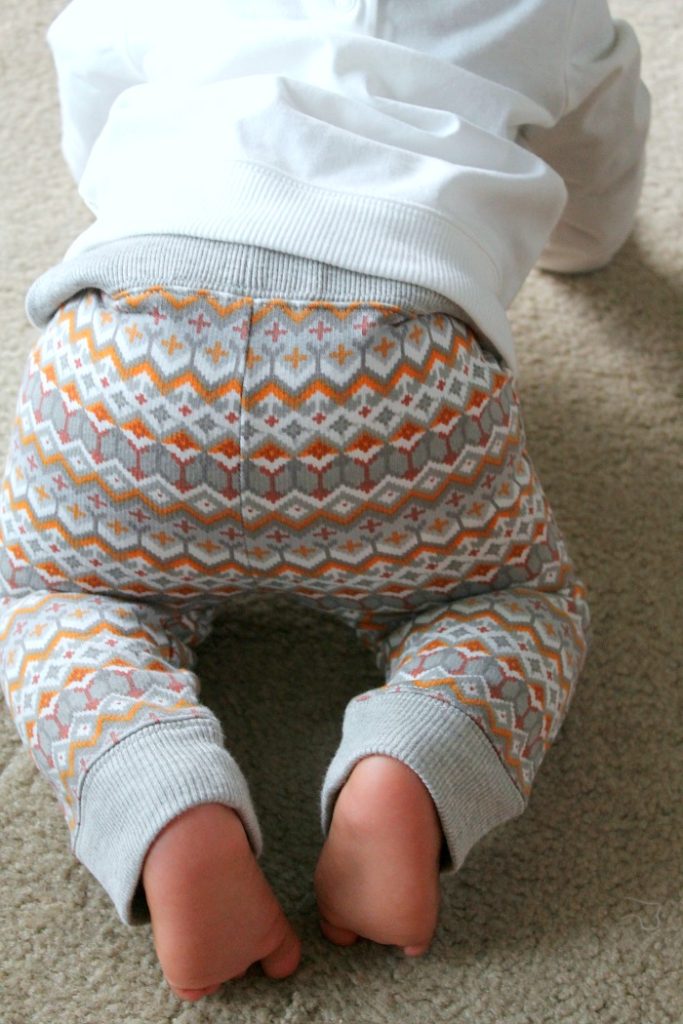 Focus on different elements of the baby’s life like their favorite toy, cute outfit, etc.

The other day I took pictures of Jamie wearing outfits from the new layette collection Spencer by Jaclyn Smith for Kmart. The adorable outfits feature adorable woodland creatures and prints, and are mostly gender neutral. Jamie looked so cute in the soft bodysuits and handsome in the 2 piece set with comfy joggers. I had fun styling him like a mini super model! Instead of making the pictures all about him, I let the clothes shine. I’ve taken similar pictures where it was all about the stuffed animal, and all about the book. Remember, each picture helps to tell the story of your baby’s world. It’ll be fun to look back and remember what it was like for him! 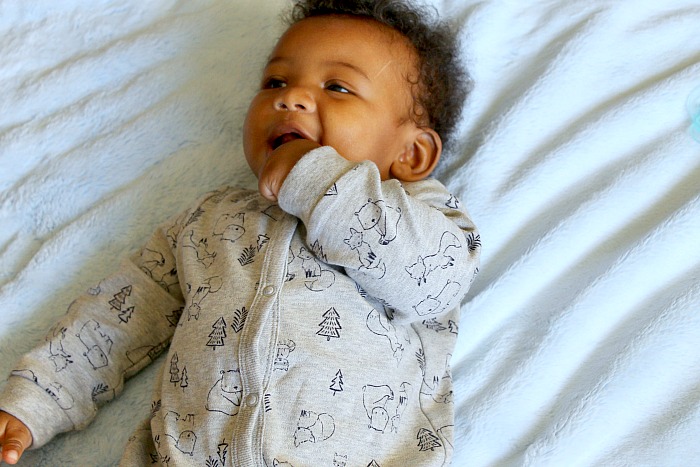 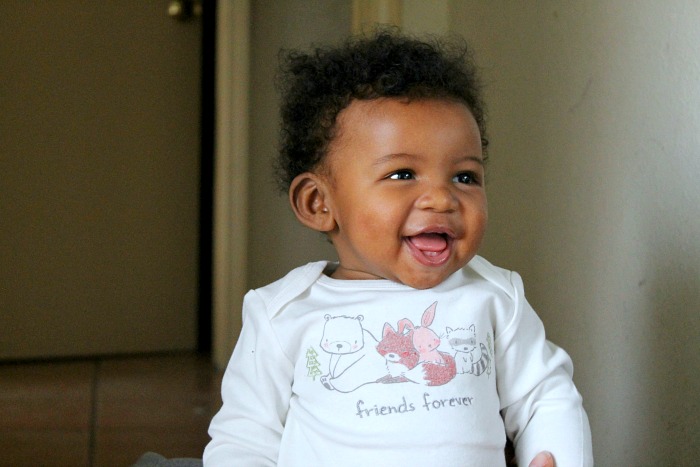 Be creative about when you take pictures.

I take pictures whenever the spirit hits me. I don’t want to have a photo album full of photos that all look the same. Instead, I pull out the camera to get pictures at different times, even if Jamie is crying, nursing, or sleeping. Those are the most interesting pictures with the best stories to tell anyway! 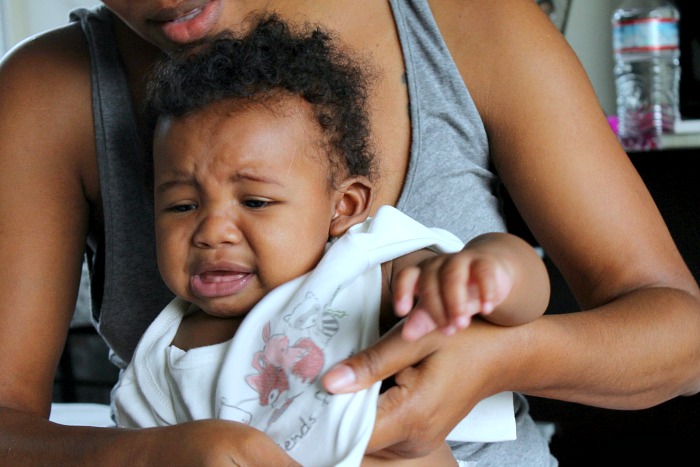