You are here: Home / health / Food Documentaries To Help You Stay Motivated
0 shares

I am a member of the Netflix # StreamTeam and receive promotional products for participation. 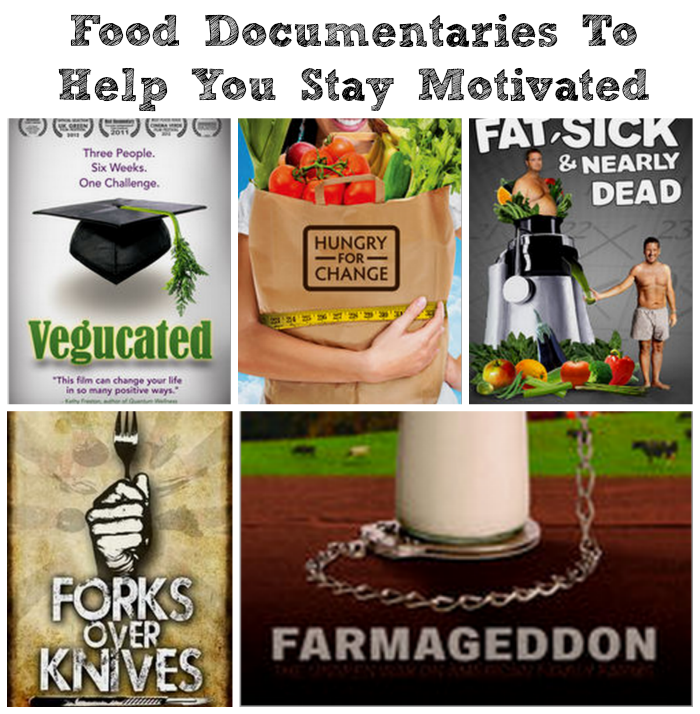 January always starts off with a bang. We’re all super pumped and ready to make this year our best year yet. The residual jolliness from the holiday season is still lingering around and some of us really do get a lot done. By this time of the month, things are starting to wind down a bit, and some folks seem to have found a rhythm that they can actually sustain in order to to achieve goals and master resolutions. Other folks, though? Well, they need a little bit of help. Especially when it comes to the health and wellness goals.

I’m not even going to lie. The work that goes into making life changes can be hard and sometimes I just don’t feel like it. Instead of giving up and throwing all of my efforts so far into the trash, I look for inspiration to keep going. That’s when I head over to Netflix and fire up one of the many motivating documentaries that remind me WHY I set certain goals in the first place.

For example, when I first watched “Fat, Sick, And Nearly Dead”, I knew I had to make a change. While I may not have fully embraced the juicing lifestyle, I’m still a lot more thoughtful of the things that I choose to eat. There are tons of documentaries out there that have the same effect: they inspire growth and change. Looking for a little bit of motivation to keep up with the health related changes you’re making this year? Check out the following documentaries on Netflix:

from Netflix: Two men whose bodies have been trashed by steroids, obesity and illness, document their rigorous healing path in a bid to regain their health.

from Netflix: According to the research of two food scientists, the popularity of processed foods has led to epidemic rates of obesity, diabetes and other diseases.

from Netflix: This documentary exposes shocking secrets the diet, weight loss and food industries use to keep consumers coming back for more.

from Netflix: This documentary follows three meat- and cheese-loving New Yorkers who agree to adopt a vegan diet for six weeks in an effort to get healthier.

from Netflix: This provocative documentary tells the story of farms that were providing safe, healthy foods to their communities but were forced to stop.

This documentary offers a different perspective:

A Place At The Table

from Netflix: Using personal stories, this powerful documentary illuminates the plight of the 49 million Americans struggling with food insecurity.

Have you seen and documentaries that have inspired you lately? I’d love to get your recommendations!

Previous Post: « She Was Disobedient, But I’m Still Proud
Next Post: Raising A Thin Girl With Healthy Self Esteem »