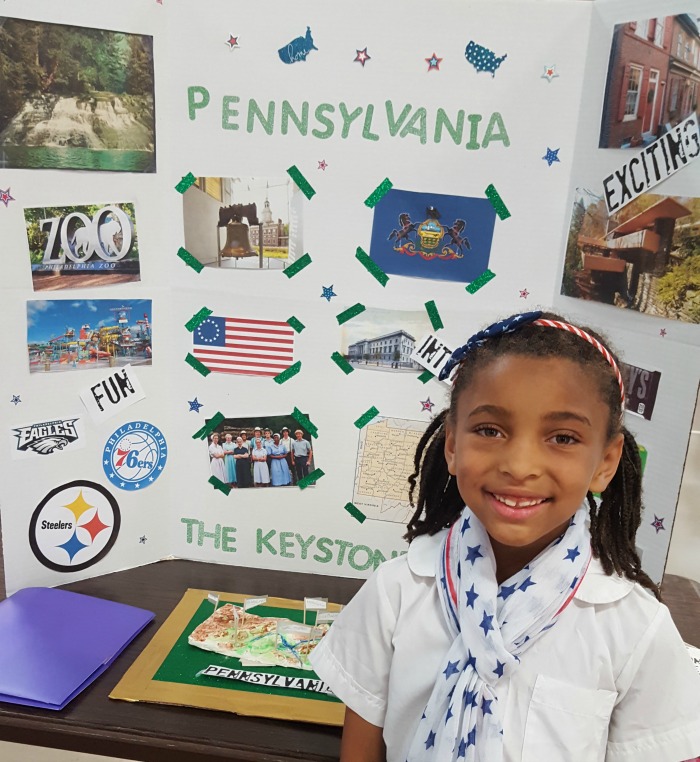 I was driving Ayva to camp the other day when somehow our conversation turned to the upcoming Presidential election. Although she had heard of Donald Trump and Hillary Clinton, she didn’t really know who they were or what the election was really about. She wanted to know about Bernie Sanders and what his relationship was to Secretary Clinton. I explained as much as I could about the two major political parties and told her about the preliminary elections. I let her know that the DNC was happening now and Hillary Clinton was likely to be the first woman to ever win a major party nomination, and would likely be the first woman president of our country.

That’s when Ayva really had questions.

How many presidents has there been?
There’s never been a woman president? Ever?
Why do people only think a man can be president?

I answered the questions as best as I could and was patting myself on the back for keeping. Yes, Mama DOES Know It All. Okay! Of course as soon as I started getting cocky, she hit me with a question I wasn’t expecting.

After taking a moment to find the right words, I finally responded. “Well, I don’t know if she’s nice, but she has the experience, and we think she can be fair.” Ayva asked what fair meant, and I told her, “Fair means to give all people a chance. It means to listen to facts before making a decision, and to consider other people before they do something that could make life easier or harder for someone else.”  I told her that sometimes people expect other folks, especially women, to be nice, when really it’s much more important for them to be capable and fair. Basically, Hillary Clinton doesn’t have to be nice.

Ayva seemed content with my answer, and was incredibly interested when we called her in to watch the speeches that evening at the DNC. We’re planning to pick up some kid focused books on the election process the next time we go to the library, and I’m looking forward to teaching and learning with her during this upcoming election season.

It’s so funny to think that the last time big history was made in our country, November 4, 2008, I was pregnant with Ayva. I remember turning off the television and going to bed early because I knew there was no way they’d declare a winner that night. When I heard my neighbors cheering up and down my Philadelphia street, I clicked on the television, my phone started lighting up with text messages from friends and family sending mass messages of shock and excitement, and I cried.

Alone in my bedroom, a single mother of a black child, I bawled my eyes out at idea that my child might have a fair shot in this country. I was filled with excitement for what the future held for me, and for her, and for our country.