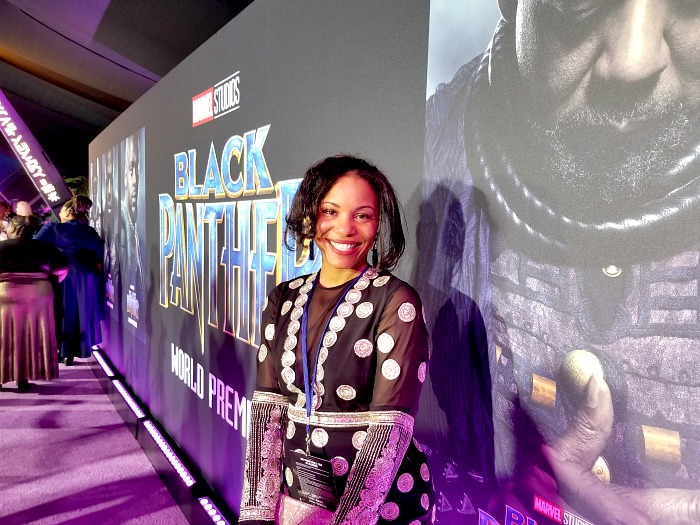 I went to the Black Panther World Premiere!

Ever since Marvel comic fans heard that a Black Panther film was being made, one question was in everyone’s head, “What’s the red carpet going to be like?” After attending the Black Panther world premiere January 28, I can say that it was everything folks expected it to be.

Electric, vibrant, fantastical—the atmosphere on the red purple carpet proved itself to be deserving of the #BlackPantherSoLit hashtag the movie inspired months ago. I’ve spent years watching red carpet coverage on television and I’ve never seen one like this. The entire space was filled with beautiful people wearing bright colors, African garb, and modern fashionable pieces that celebrated heritage and paid homage to the movie’s setting.

Since this was my first experience (my second comes up in just a few weeks when I head back to L.A. for the “A Wrinkle In Time” premiere!), I wanted to share a play by play of the evening. 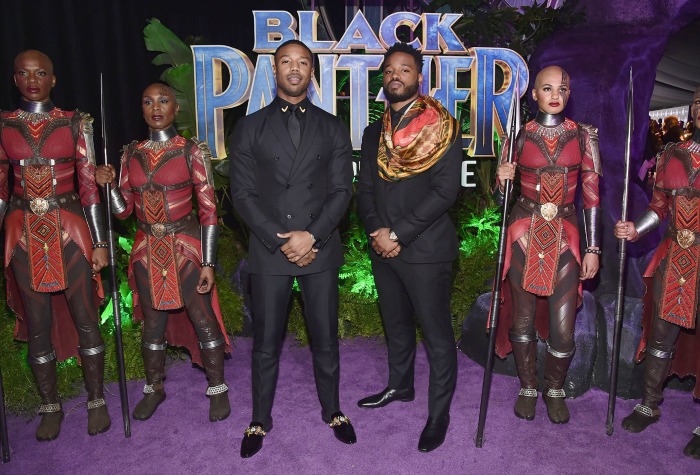 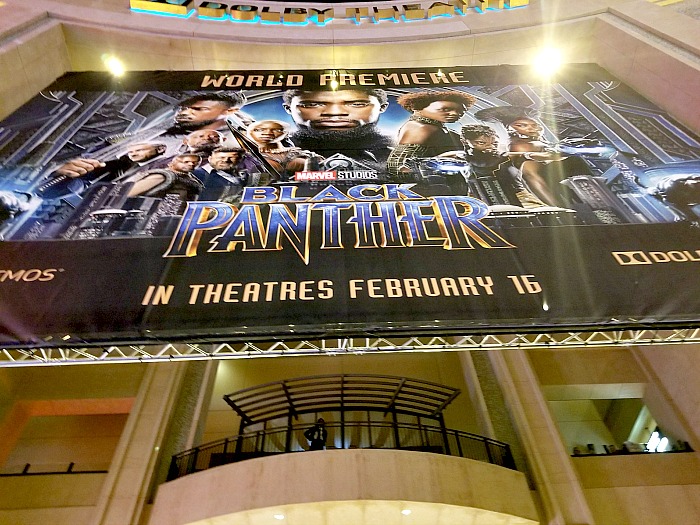 My friends and I arrived at the Dolby Theater about an hour before the 7:30 PM start time of the Black Panther World Premiere. Hollywood and Vine was filled with people who were drawn to the area by the bright lights and black cars dropping movie stars off at the front. There were people dressed in Black Panther costumes. Vendors were selling merchandise and food. Tourists who kept stopping to ask us what was going on. There was a lot happening, and tons of people, but rather than feeling stressful, it felt like a party!

After getting our credentials and going through security, we walked into the purple carpet area. The press was interviewing celebrities, and everywhere you looked folks were taking selfies. There was a replica of the panther bust that is featured in the film right at the beginning of the carpet, and at the end we were surprised with a closer look at the Lexus that seen in one of the movie’s most exciting scenes. 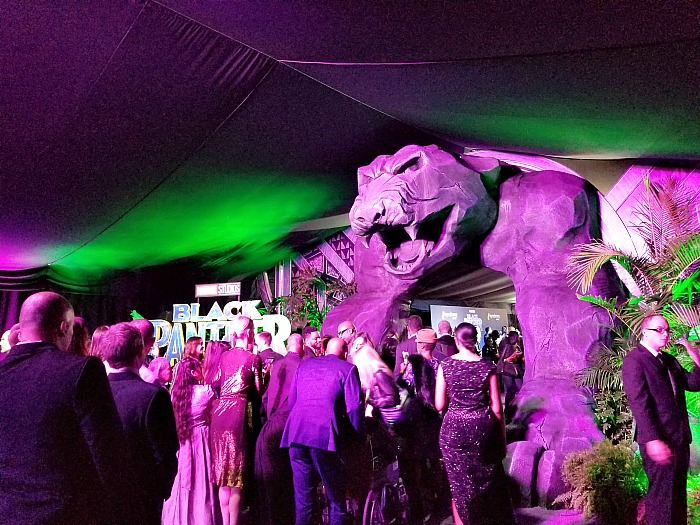 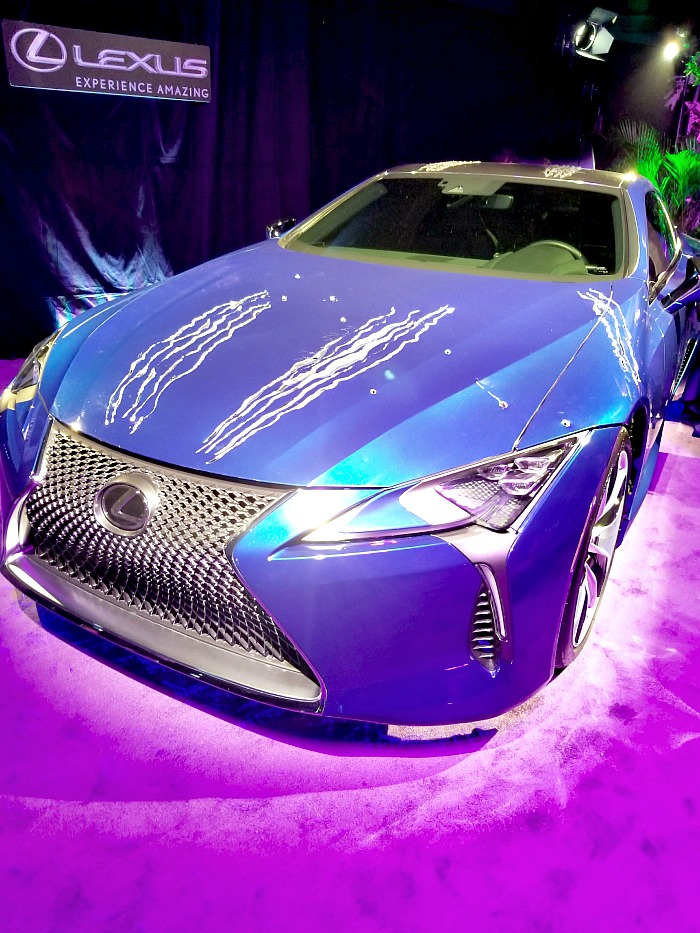 It was a lot of fun.

We hung out for a bit by the car. We were having so much fun watching the stars and seeing all the beautiful outfits different people were wearing. Angela Bassett completely stole the show with her yellow fringe number, and her presence lit up the entire space.

When it was time to move into the Dolby Theater, we stopped at the concession stand to pick up popcorn and a drink (sidenote: given the price of concessions at movie theaters, this was a special treat. Even the celebrities were walking around with buckets of popcorn!) before heading to our seats. Our group was in the first two rows. We were sitting in the very same spot that Hollywood’s A-listers sit during the Oscars.

Before the movie started was the biggest treat—one by one, the executive producers, writer/director, and movie’s stars walked on stage. We all screamed and clapped, and one woman in the audience let out a gorgeous African ululation (a loud trill sound) that echoed throughout the theater. And with that we were whisked to Wakanda. 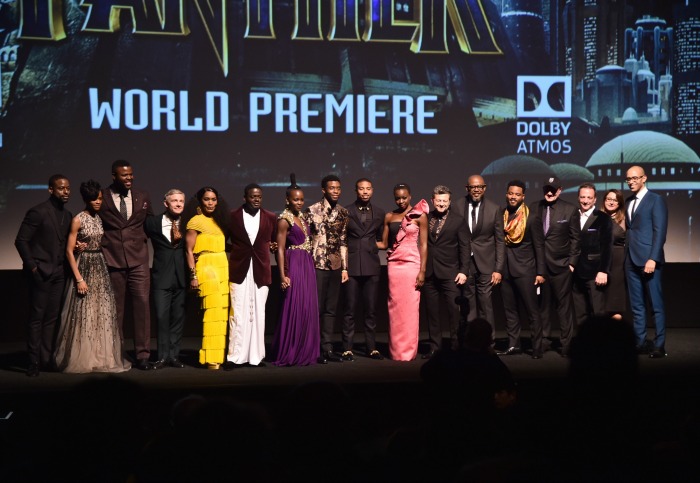 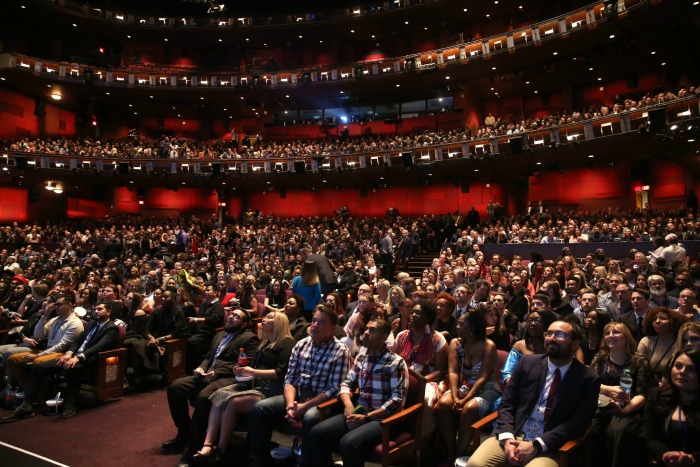 Then it was time for the movie

As soon as the movie opened, the crowd burst into applause again, then we sat back and enjoyed the ride. And it was an incredible ride, y’all! Look for my review of the movie next Tuesday. I know that you’ll see it for yourself, but I can’t promise that you’ll be able to top the viewing experience we had.

Ryan Coogler who wrote and directed the film said, “I had about 50 of my family members here from the Bay Area talking back to the screen.” Yeah. We had a lot of fun!

When the film ended (and after Marvel’s famed after credit surprises), we all cheered again. Then we breathlessly started going our favorite parts of the film. We were talking over each other, reciting lines from the movie, and making plans to see Black Panther again at least two times to be able to catch everything that we missed.

Back in my hotel room, I took off my dress. Then I laid in the bed going over scenes from the night. From the glory of the purple carpet to seeing a stage full of Black creatives.  Then to watching an entire screen where people of color were depicted in a strong and powerful way that I’ve never seen before, I was overwhelmed. I was proud. I felt blessed.

From the studio: Marvel Studios’ BLACK PANTHER follows T’Challa who, after the death of his father, the King of Wakanda, returns home to the isolated, technologically advanced African nation to succeed to the throne and take his rightful place as king. But when a powerful old enemy reappears, T’Challa’s mettle as king—and Black Panther—is tested. He is drawn into a formidable conflict that puts the fate of Wakanda and the entire world at risk. Faced with treachery and danger, the young king must rally his allies. He has to release the full power of Black Panther to defeat his foes. Then he can secure the safety of his people and their way of life.

Im totally jealous and its good that you all had a great time!