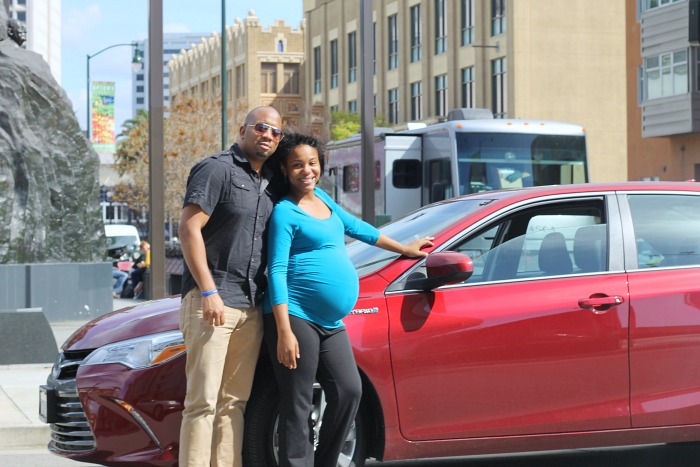 Have you ever taken the time to really delve into the history of your city? As much as I love traveling, I think I enjoy getting to know the places that I see every single day even more. Since moving to the Bay Area almost five years ago, I’ve slowly been working my way through neighborhoods with library books as my guide to get to know all there is about the place that I live.

This weekend, I had a special treat. Thanks to my friends at Toyota, Terrence and I had the opportunity to have a really up close and personal experience with Black history in Oakland and San Francisco. Instead of stumbling our way through the streets with a book in our hand trying to figure out if “this is the building they’re talking about”, we were led by John William Templeton, an expert in African-American history. His tour was out of this world! I have read dozens of books about the history of San Francisco and Oakland, and much of what Mr. Templeton shared wasn’t to be found in any of them!

We started the day off by meeting up with a group of other urban explorers in San Francisco on Leidesdorff Alley. Before we arrived, we had no idea the significance of that location, but we were quickly educated on the many ways William Leidesdorff contributed to the history of San Francisco. A prominent Black businessman, Leidesdorff was a key player in the development of San Francisco in the mid-1800s. In addition to opening the first hotel in the city, and playing a part in opening the first public school in California, he also built the first commercial shipping warehouse. My husband went to elementary school in San Francisco and had never even heard of him! 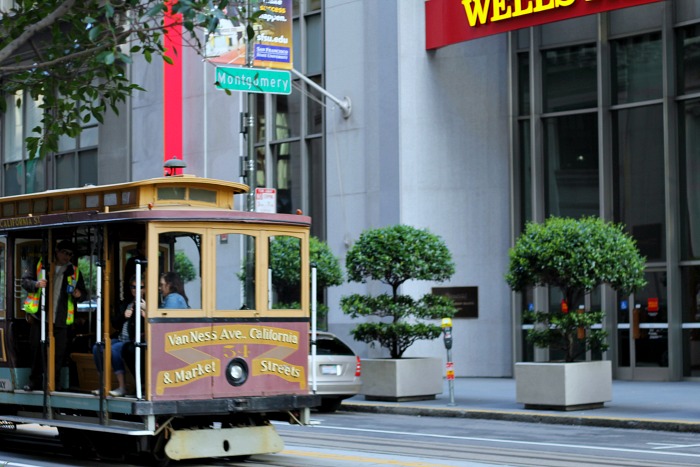 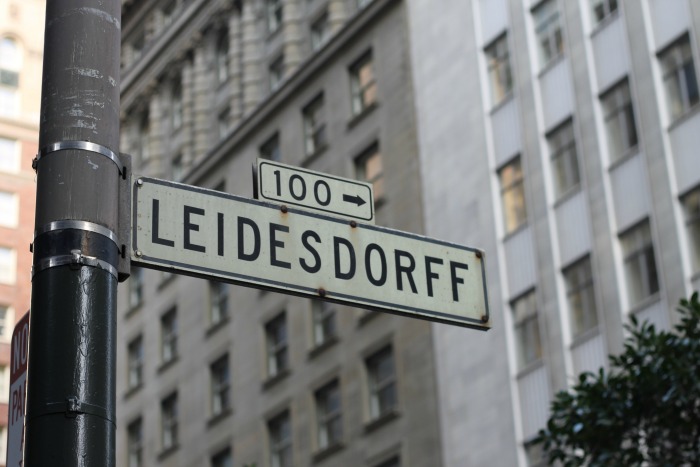 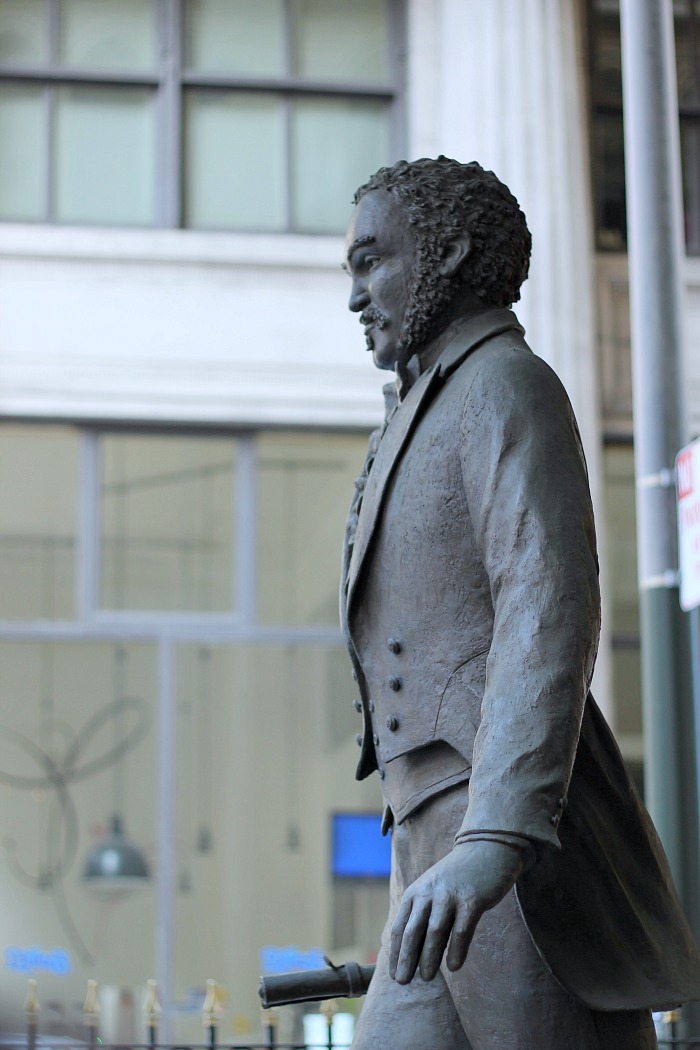 After being blown away by the information we learned about Leidesdorff, our group set off on a caravan of Toyota vehicles, connected our phones to Bluetooth for hands-free driving, and called into a conference number to hear more of Mr. Templeton’s amazing history lessons as we drove through the city. I loved being a passenger in the Toyota Camry Hybrid that Terrence was driving. It’s extra quiet, and the factory sound system is so crisp that we didn’t have any trouble following along with our tour guide at all. The Blind Spot Monitor and backup camera (which is incredibly clear, by the way!) certainly came in handy on curvy San Francisco streets. I should mention that after our tour of San Francisco and Oakland, we kept the car for another week to test it out. We drove nearly 600 miles during the week and still had enough gas left for at least another 100 miles or so. The Eco Mode on this ride is no joke! 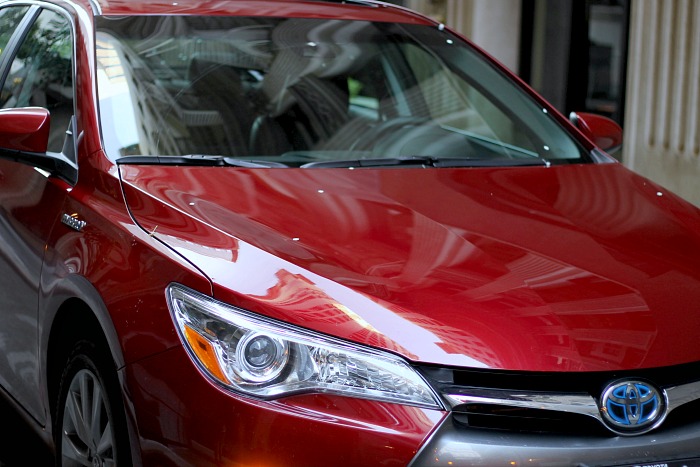 During our ride from Leidesdorff Alley to the National Maritime Museum, we passed by quite a few important landmarks including the Grace Cathedral, the Mark Hopkins Hotel, and Mary Ellen Pleasant’s house and Memorial Grove. Ms. Pleasant has been called “California’s Mother of Civil Rights”. An entrepreneur and abolitionist, she owned dozens of property in San Francisco, and was a financial supporter of radical abolitionist John Brown. I was shocked to learn that she, not Madame CJ Walker, was actually the first Black woman millionaire in the United States!

After leaving the Mary Ellen Pleasant Memorial Grove, where we had a chance to see the trees planted in front of the space that used to be Ms. Pleasant’s mansion, we passed by the Third Baptist Church, the first African-American Baptist church west of the Rocky Mountains, and the home that Langston Hughes lived and worked in. From there we headed down to North Beach and the marina to the National Maritime Museum. 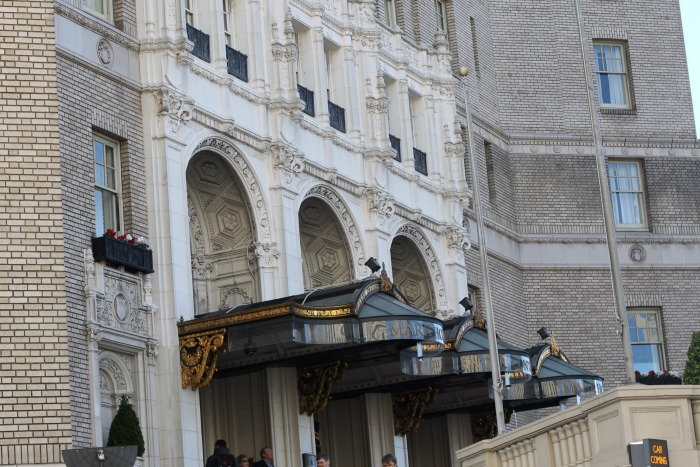 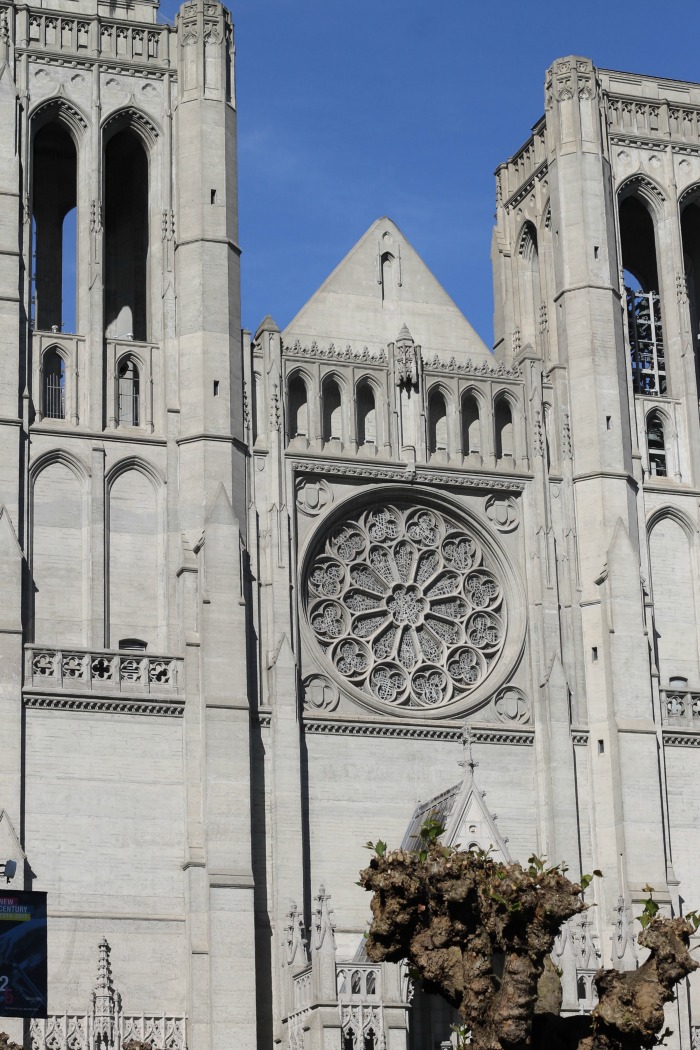 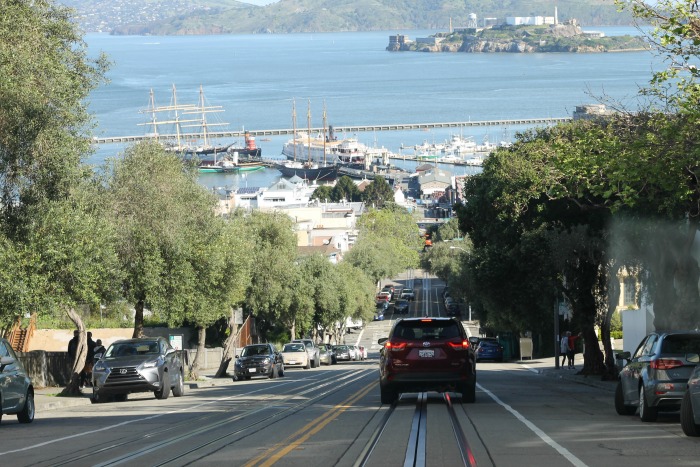 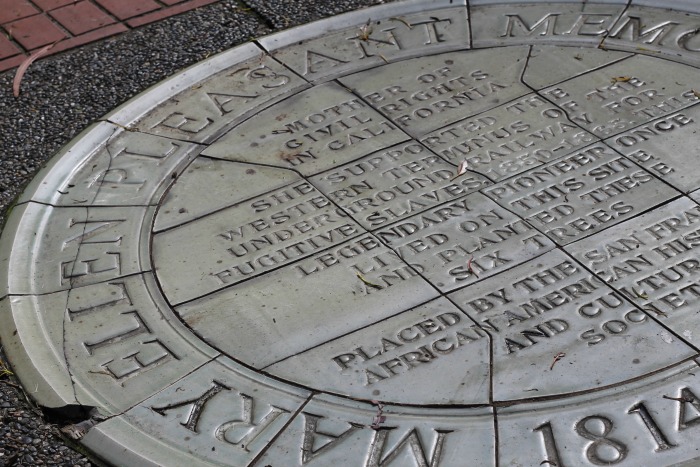 At the National Maritime Museum, we heard about Sargent Claude Johnson, an African-American artist who oversaw the construction of the building. His artwork is featured all throughout the museum, and truly sets the tone for the spirit of the entire facility. We met another artist, Silver Man, at the Maritime Museum, who is creating his own San Francisco legacy as he works and performs throughout the city. 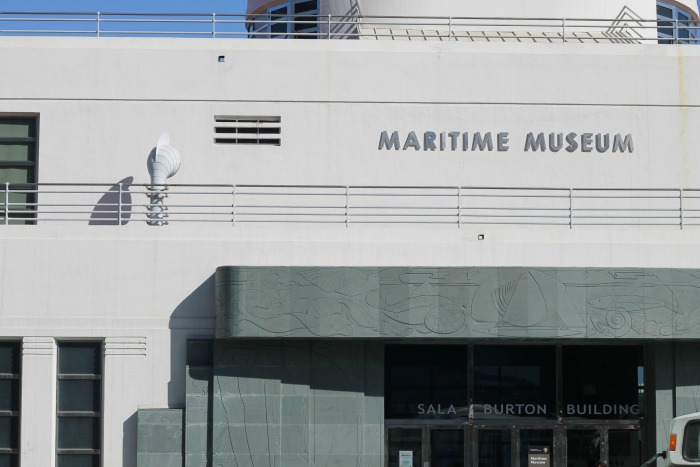 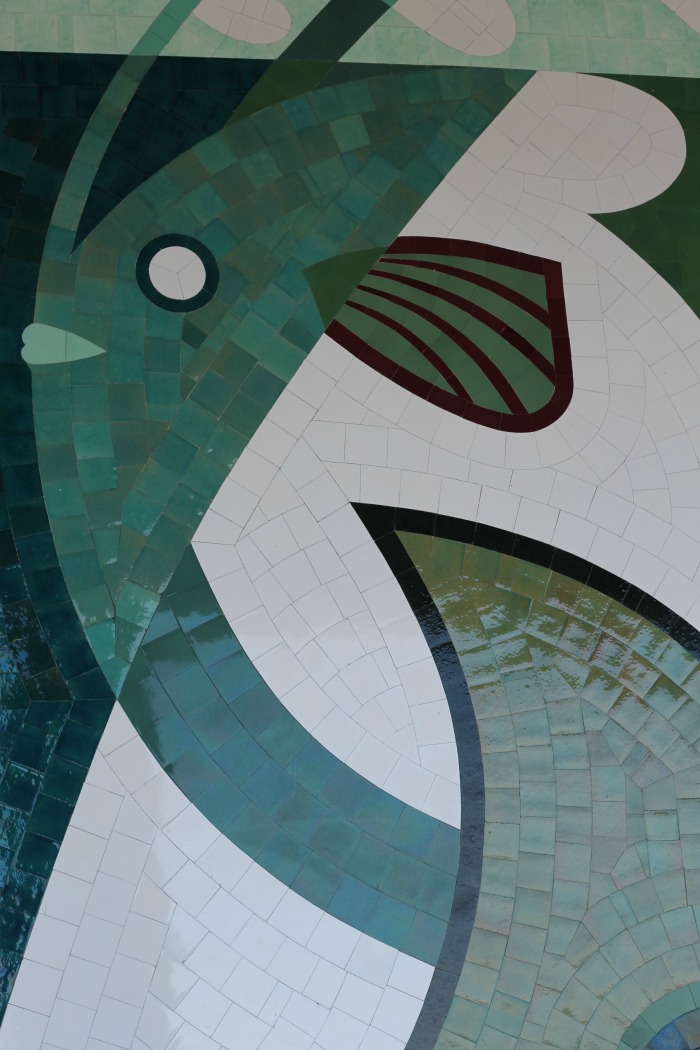 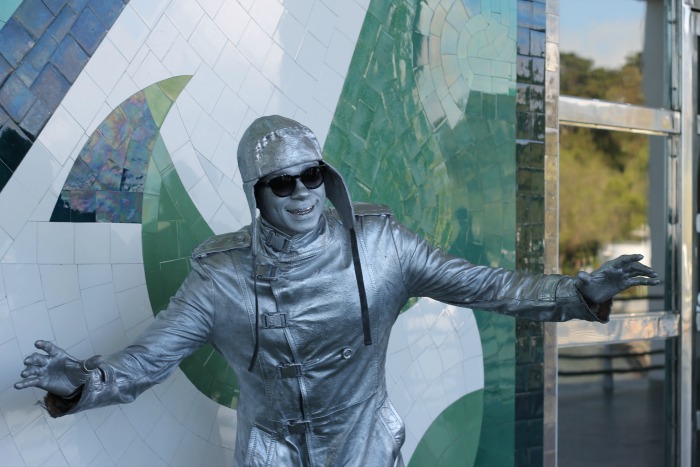 Our last stop in San Francisco was the African-American Art & Culture Complex where we took in some gorgeous murals and other art, and met Karen Johnson, the owner of Marcus Books in San Francisco and Oakland.  The complex is more than a gallery, but also has performance space, a recording studio, and will soon house another Marcus Books location. 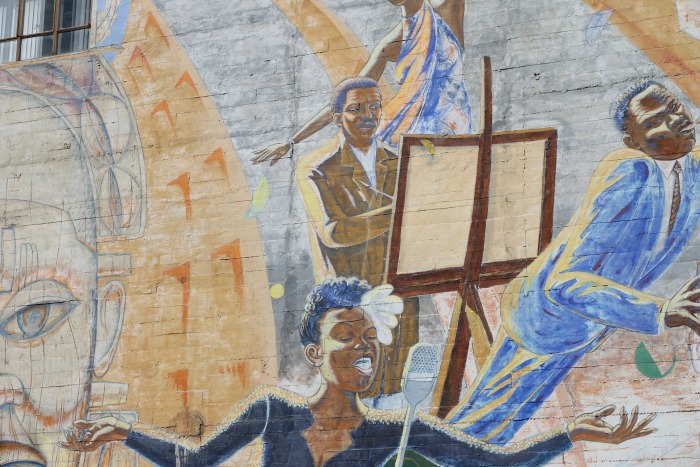 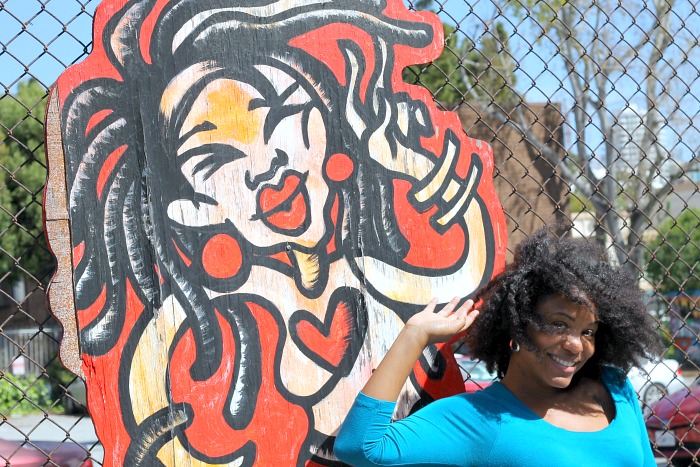 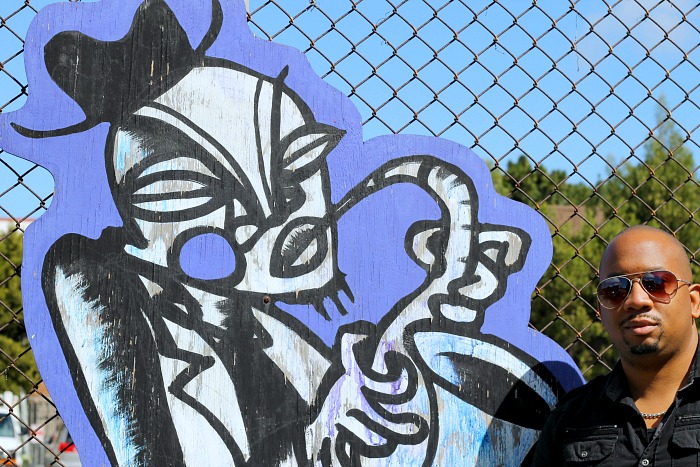 After we left the city, we headed over the Bay Bridge and back to Oakland to Pican for a delicious lunch. I opted for the traditional low-country meal of Shrimp and Grits to appease my southern soul, and Terrence had Chicken and Waffles. Even though we were full after the delicious meal and engaging conversation, we hopped back in the Toyota Camry Hybrid, picked up our daughter, and went back downtown to get a closer look at the “Remember Them” monument park that Mr. Templeton had pointed out to us earlier in the day. 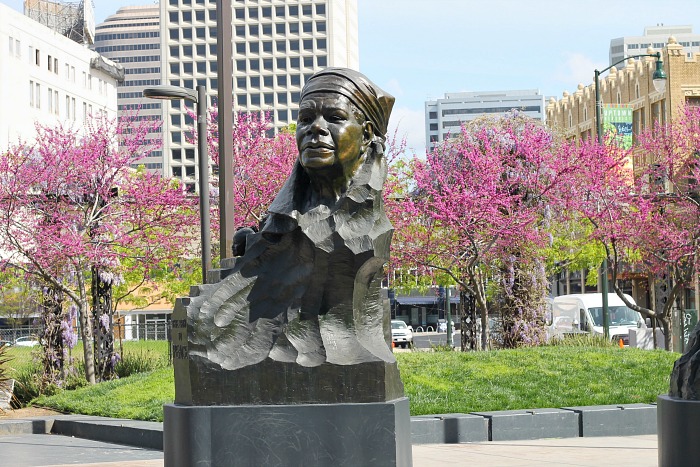 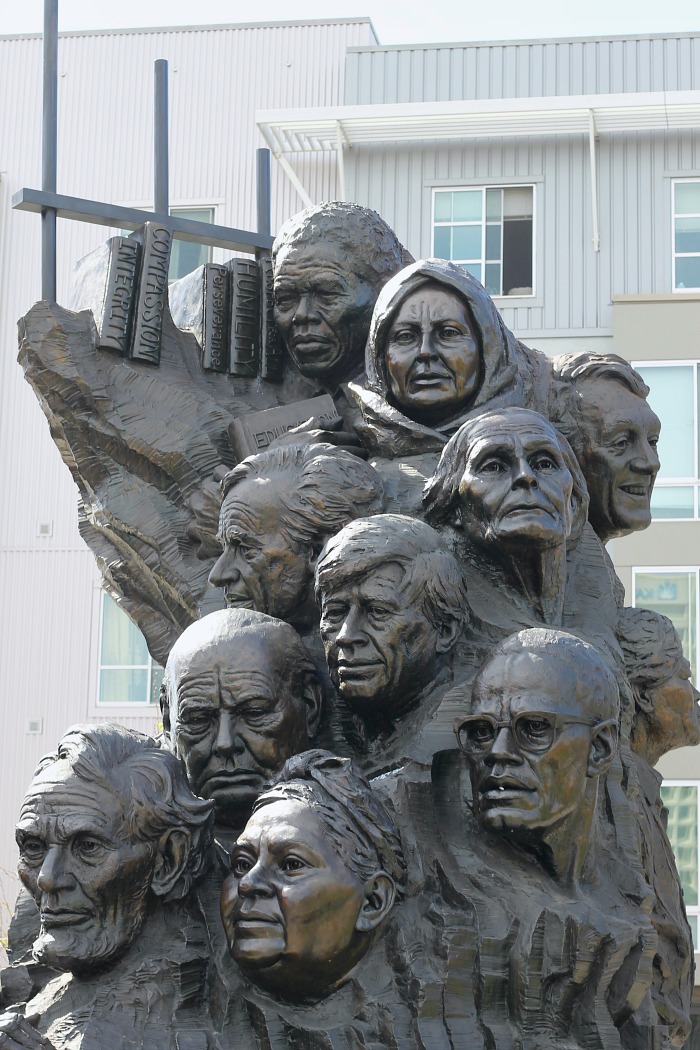 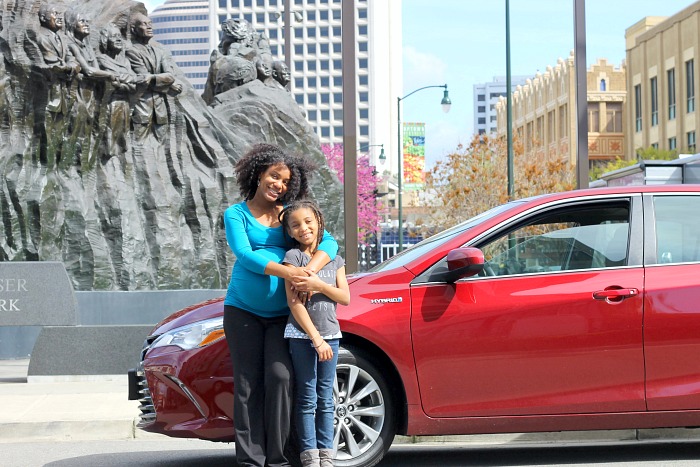 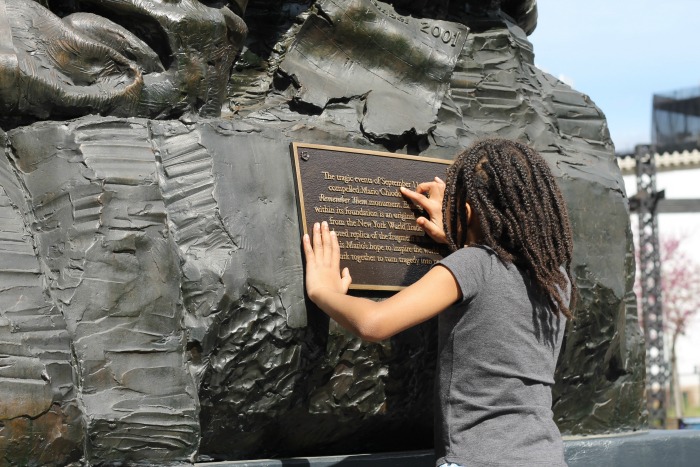 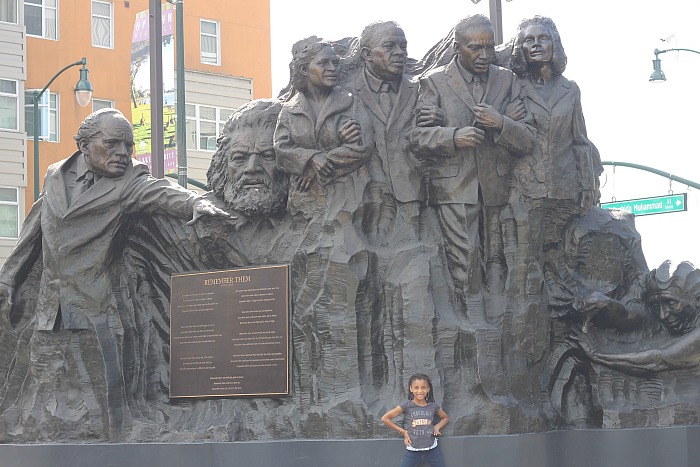 It was really an incredible day, and one that we aren’t going to forget. Both Terrence and I have been digging to find more information about all of the sites and people that John Williams Templeton told us about on our #SteepedInCulture tour, and we’re excited to do more exploring of our region as a family. When Toyota says #LetsGoPlaces, it doesn’t mean that you have to go far. Sometimes adventure is right in your own backyard! 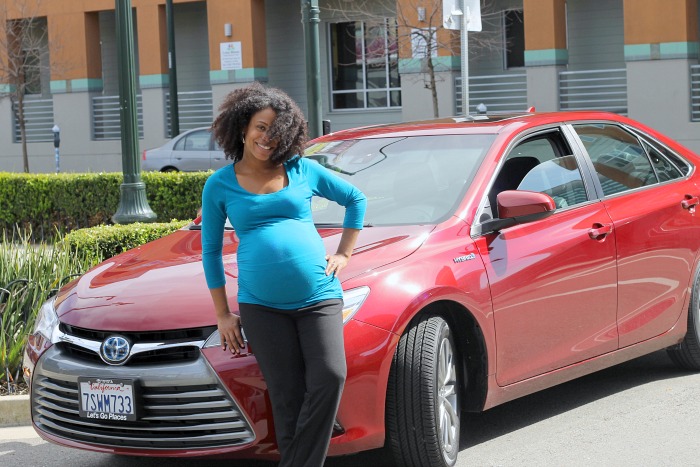 This post brought me to tears, literally. Thank you for sharing these treasures with your readers.

This post brought me to tears, literally. Thank you for sharing these treasures with your readers