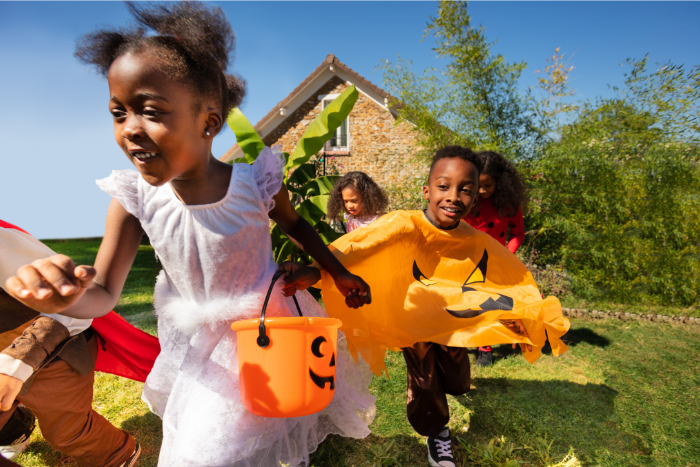 Looking for fun you’ve been booed printables and ideas for boo bags?

I have just the thing for you!

During the pandemic, my daughter was craving connection with her friends.

One day in March, she and her friends walked out of their school.

By October, they still weren’t back to in school learning.

My extroverted girl missed her crew, and I saw that she could use a little pick-me-up. I knew her friends could, too.

I threw out a suggestion. “Maybe you could do boo bags for Halloween?” She jumped on the idea, and we got to work.

She and I threw our masks on and went to the store to pick up goodies to make Halloween boo bags for all of her friends.

We didn’t overthink it, just went to the closest big box store and then made a stop at the Dollar Tree.

Afterwards we went home to put the bags together and drove around to boo her crew! It was seriously fun! 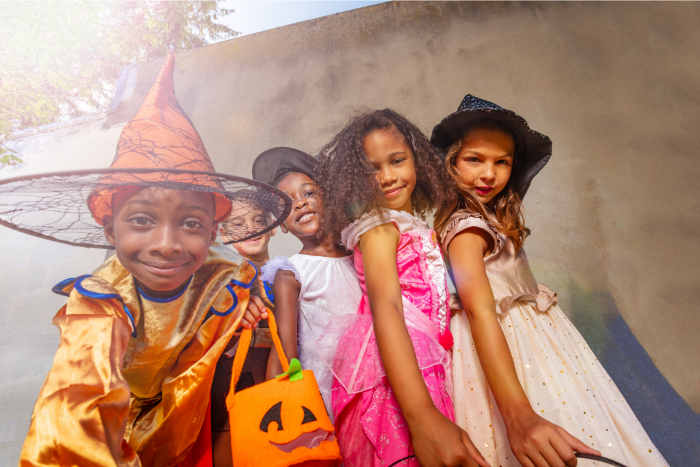 What is “You’ve Been Booed”?

Before I had my daughter and became a blogger, I had never heard of being booed.

One of my very first blog campaigns was working with a brand to “boo” my neighbor.

Apparently it’s been a huge Halloween tradition for years!

You’ve Been Booed is a fun way that folks engage their neighbors during spooky season.

A family will put together a basket or bag (also called a “Boo Bag”) with goodies and treats for their neighbor.

Then they’ll leave the bag in front of their house with a note that has a poem about being booed.

Oh, and the best part? It’s a surprise and it’s anonymous!

Your friends will have a good time trying to figure out who boo’ed them.

Some folks do a riff on You’ve Been Booed and include beer or alcohol (“you’ve been boozed”) in the bag, too!

How To Boo Your Friends at Halloween

It doesn’t matter if you’re booing your neighbors or your friends. Either way, it’s super easy! You’ll just:

When we did it, my daughter ran the bag to the front of the house, rang the doorbell and ran away.

If we were thinking, she could have wore her Halloween costume, but there’s always this year! 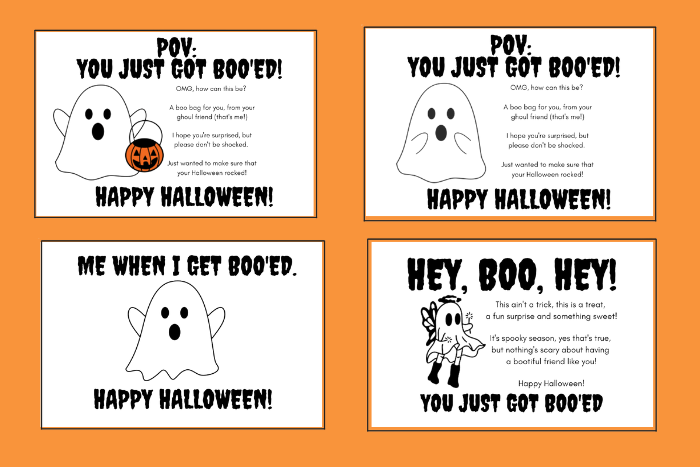 I put together a few cute You’ve Been Booed printables that you can attach to the bag.

It’s important to add the tag so that folks aren’t concerned about a random bag of treats on their porch.

I know if I don’t know who left candy outside of my house, I’d probably throw it away!

These printables are in black and white (except for one), because ink ain’t cheap! You can print them on colored paper, or even better, hand color the tag.

Because I’m a poet, I created a couple of original poems that my teenager declared, “Cute!”

You could use the poems on You’ve Been Booed tags that you create on your own. All I ask is that these poems are for your own personal use. 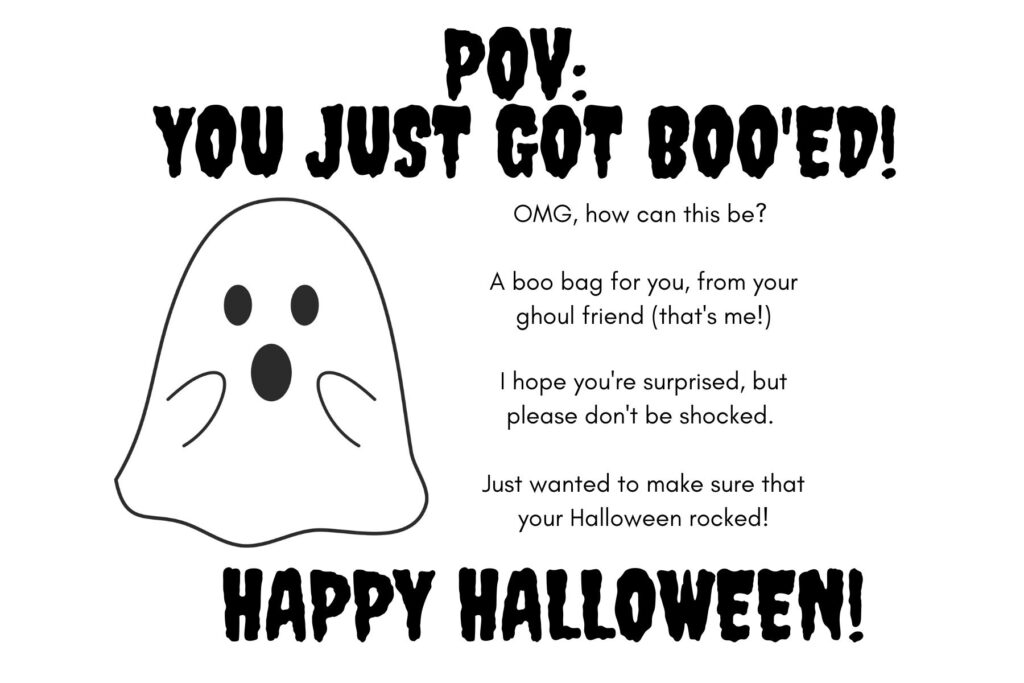 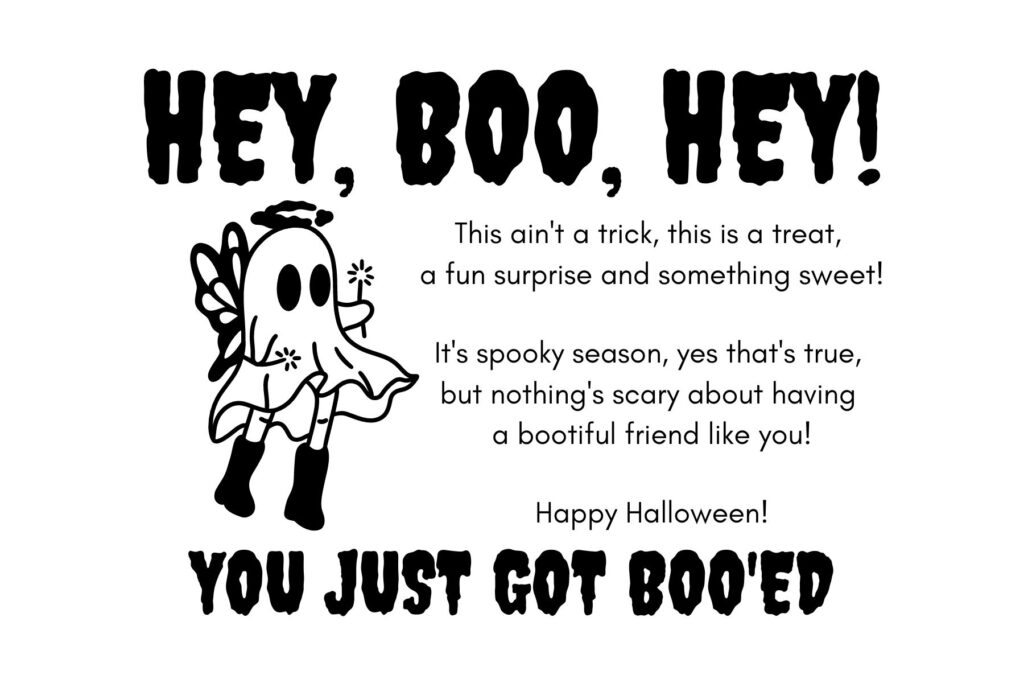 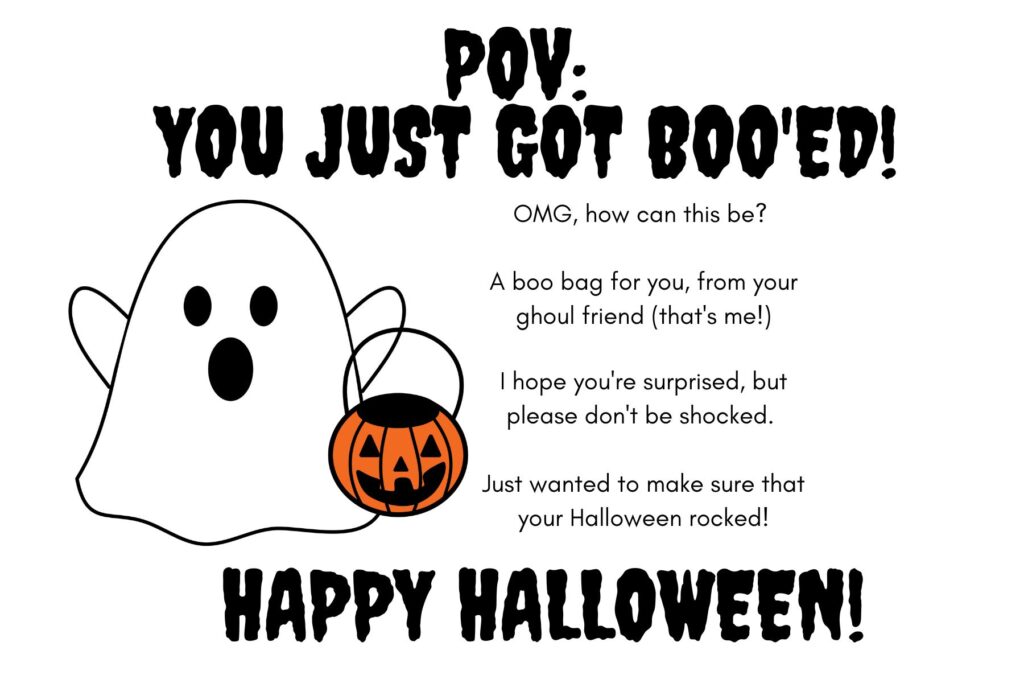 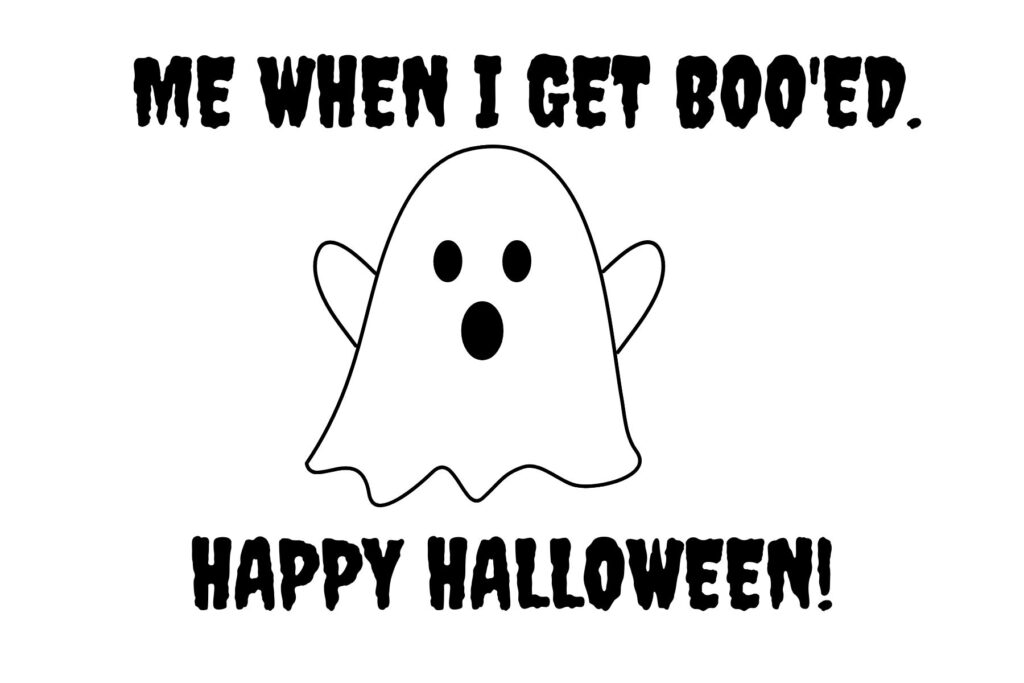 Traditional boo bags that neighbors leave for each other might have items like wine and cheese, or beer in it for the adults in the house.

Of course, since we were making boo bags for tweens and teens, we modified things a little bit.

In our bags, we had candy bracelets, Halloween stickers, candy (of course), glow sticks, veggie straws, and pencils.

Add a tag or card so friends know that they’ve been booed and someone didn’t just leave a bag of fun at their door by mistake! 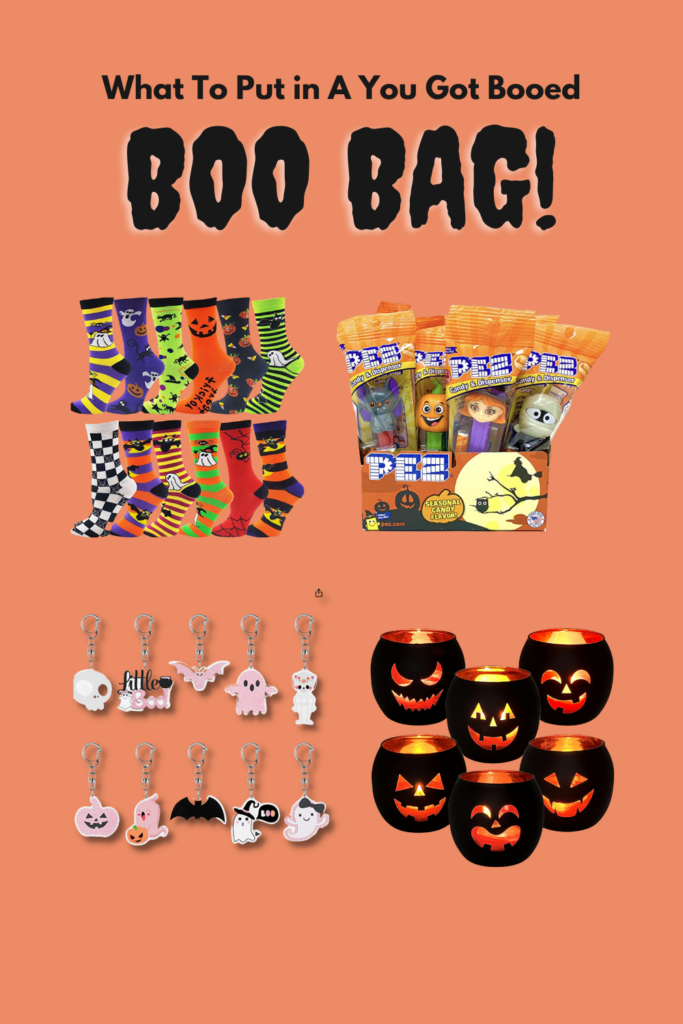 Since I don’t like to give a bunch of junk anymore, so I try to pick things that are Halloweeny but still useful.

I curated some of the best You’ve Been Booed bag goodies so you don’t have to even think about it!

Head over to my Amazon shop to pick them up.