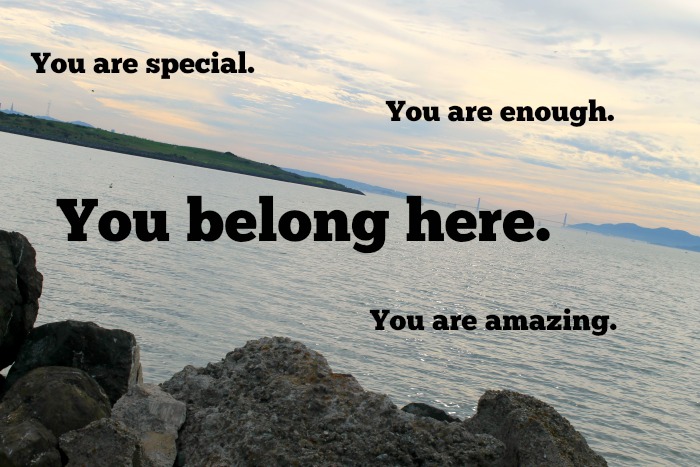 The last couple of weeks have been pretty emotional for my family. One of my brothers went missing the Monday before last. He got dressed for work, walked his dogs like he did every morning, and walked out of the house leaving his wallet, keys, car, and phone behind. For 8 days my family, his friends and girlfriend looked for him, put up flyers, called hospitals, talked to detectives and prayed as we considered scenario after scenario about what could have happened to him.

He was found on Tuesday evening. Alive. He had signed himself into a hospital for support after feeling completely overwhelmed. His plan was to walk away from it all. From everything. From life. When he left the hospital, he made a decision that could have taken him from us forever. Fortunately, that wasn’t the way his story ended. He’s currently in the hospital having surgery on several broken bones, including a broken tailbone, and feeling incredibly blessed that he has a second chance.

When I talked to my brother the morning after he was reunited with us, he talked about feeling inadequate. He’s a college educated young man (I always like to bring up the fact that he graduated with honors), with a great job, and a family that loves him. Still, he felt like he wasn’t enough. He talked about not being able to do this for this person, or do that for that person, and about not wanting to be a burden on anyone. When he compared himself to others, he just felt like he wasn’t measuring up, and no matter what he did, it just wasn’t enough.

Wow. How many times have many of us looked at other people, what other folks were doing, and started to doubt ourselves? How often have we started something and stopped because it just didn’t feel like it was good enough?

Comparison Is The Thief Of Joy

They say comparison is the thief of joy, and it’s true. It steals happiness and hope and makes us think that we are not worthy of anything good. Comparison is a liar. It’s a dirty, useless, no-good, ridiculous liar, and none of us should have any use for it. It holds us back from being our absolute wonderful, amazing, brilliant, beautiful selves.

We all have something unique to give to this world. Our different perspectives, the way we see things in different ways, it’s what makes this universe such an amazing place to be. I’m even more determined to make sure every single one of you, and every single person I come in contact with knows that they are special and amazing EXACTLY AS YOU ARE.

What’s next for my brother? He’s healing. He sounds more clear than he’s ever sounded, and he knows that he’s blessed to still be here. He understands that he is loved, and that he is bringing something outrageously special to the table…himself.

That’s all you need to bring to the table, y’all. Whether you’re trying to start a business, take care of your family, get a promotion at work, become an inspirational speaker or dancer, or singer, or world’s best Mom, or whatever. You are enough.

Wow! What a powerful piece! Thank you so much for sharing. So many people need to know that they are ENOUGH just as they are. And we need stop pretending that we have it all together and not be ashamed to ask for help when we need it. So brave of you to share:)

Thank you so much, Simone! It's hard when it's so easy to keep track of what everyone is doing to remember that we got it going on, too. We have to believe that, though, or...it's just not going to be good.

Beautiful post, your fam is in my thoughts and prayers.

Thank you Brandi for sharing this piece. And yes, we are enough.

You know me so you know this to be true. Right now, I'm sitting here reading through this crying tears of sorrow that he felt so inadequate that he almost made the ultimate sacrifice, and then crying tears of joy because he was saved and is healing in strength. He's your brother, I know he must be amazing. Remind him of that often (I know you do). I'm following along and sending strength, love, and prayers to your entire family.

So happy your brother was found! Praying for his continued safety.