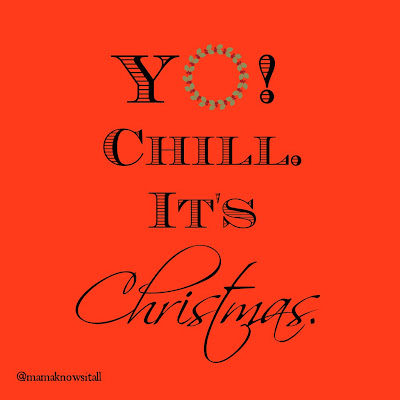 Earlier today, Terrence came in with a bag filled with circulars advertising the sales for Black Friday. I automatically grabbed the ones for Target and Walmart, he pulled out Macy’s, Best Buy, and JCP, and we looked through them together. As we were looking at all of these items marked to the lowest prices of the season, I couldn’t find a single thing that I wanted. I mean, I want a DSLR camera, but it’s so far outside of my budget right now that I don’t really want it, you know? And, I probably need a few items to spruce up my career wardrobe because I have some events coming up that I’ll need to look nice for, but if push came to shove, I could probably throw something together with the items that I already own. Page after page I turned, waiting for that familiar feeling of wanting to come over me, but instead, there was…nothing.

Well, actually, there was something. I felt contentment. It wasn’t an overwhelming feeling, it didn’t feel like some grand epiphany, it just felt…good. You know how if you ask a really laid back person how they’re doing and they reply,”I’m cool”, and you can tell they’re straight chilling? That’s what contentment is. It’s like being in ultimate chill mode. I have everything that I want, I have everything that I need, and I’m just, you know, chilling.

The holiday season can be so stressful. The pace of it all can be so fast. We spend money so quickly, and we’re racing from one place to the next to get one thing or another. It can be extraordinarily overwhelming. Then January comes, and we start to slow down, and look around and remember that “Oh, I forgot. I already had everything that I wanted”, and we go back to chilling until Black Friday rolls around again.

We can stop the cycle, though. Let’s just be cool for Christmas. When we go to stores, let’s have fun shopping since we probably don’t really need anything anyway. Let’s give to folks who don’t have what they need, let alone want. If you don’t already have contentment, consider seeking it. If you do have it, try savoring it. I’m saying, it’s Christmas. CHRISTmas.

This Christmas season, I’m chilling, and I hope that you’ll join me!