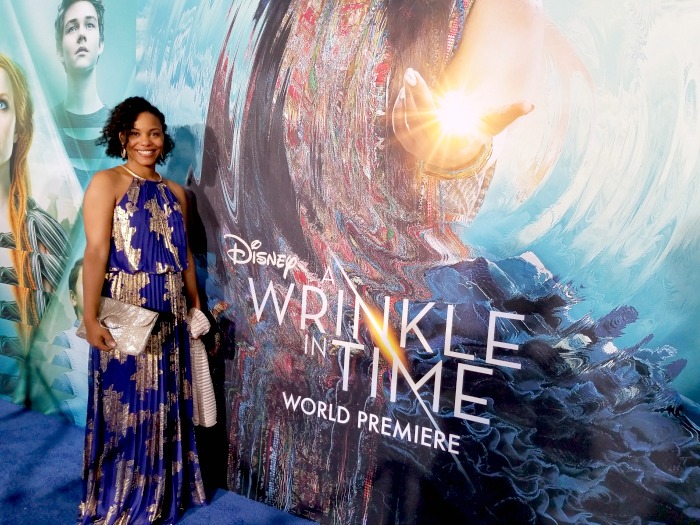 From the moment I opened the email and spent a good five minutes screaming in excitement about going to the A Wrinkle In Time world premiere, all I did was think about how beautiful the carpet was sure to be. The movie itself is a magical treat, and the blue carpet met the challenge of creating the same feeling.

In our interviews of the cast and director, that word came up a lot. The goal of the movie is to have kids feel a certain way. The energy at the premiere definitely had me in my feels. There was so much girl power, women hugging each other, laughing, and celebrating being in the space together. Even the group of 25 bloggers that I was in felt extra supportive and together that night.

I searched everywhere looking for the right dress to wear. Obviously the cameras weren’t on me as a journalist, but who wouldn’t want to get into a magical mood! I loved the dress that I found, and couldn’t wait to see how it moved when I danced after the premiere at the after party. Unfortunately the night didn’t go as I planned. I’ll talk about that in a bit. 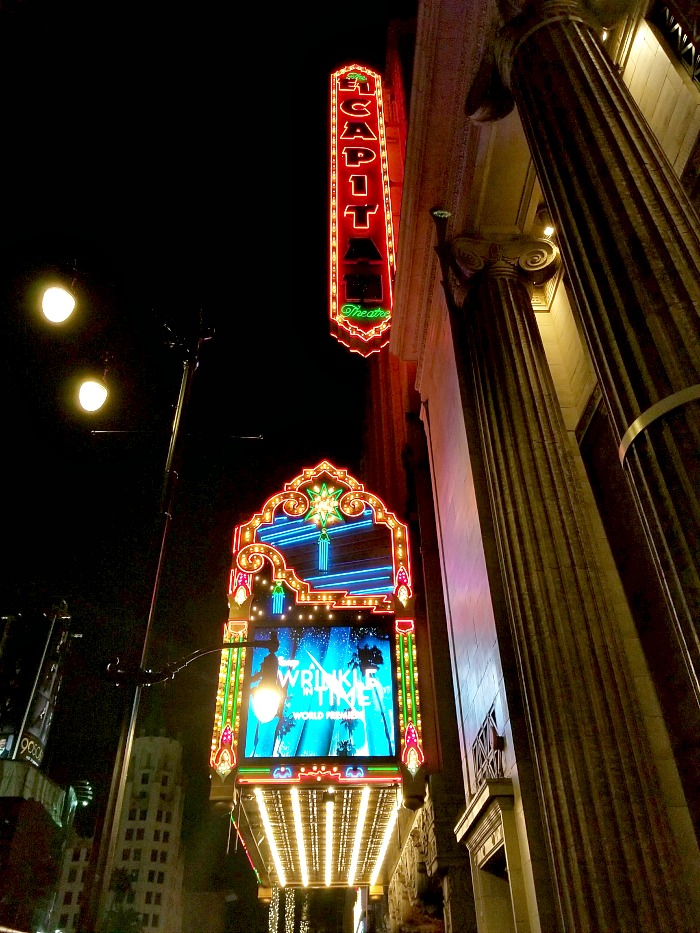 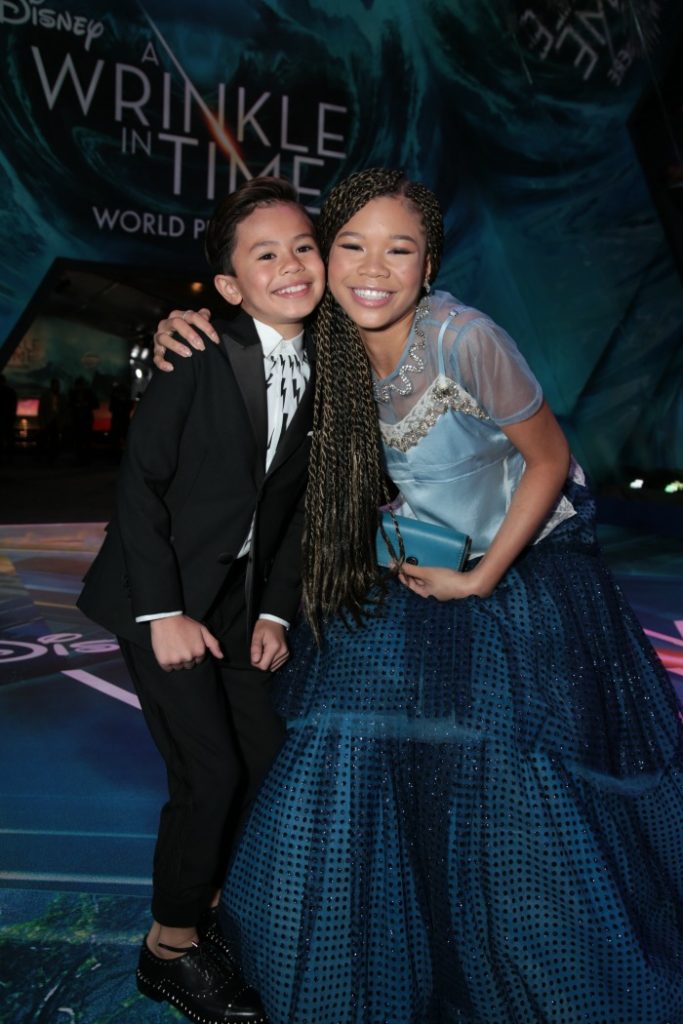 First, let me tell you about the premiere itself. The blue carpet was filled with media outlets interviewing the stars. We saw everyone from Storm Reid and Levi Miller to Tracee Ellis Ross and Kobe Bryant! Everyone showed up to support the young stars of the movie and the amazingly gracious and lovely director Ava DuVernay.

After walking the blue carpet and taking pictures with my friends, things took a weird turn for me. I suddenly felt chills and couldn’t stop shivering. My body was aching and my head started pounding. I thought I was coming down with the flu, but it hit me so fast, I wasn’t convinced that was it.

Now, this is the first time I’ve ever been invited to a movie premiere after party and I was not trying to miss that experience. I figured I could rest during the movie, whatever was going on would subside, and even if I had to leave the party a little early it wasn’t a big deal. After a couple of minutes, I realized that wasn’t going to be an option. Whatever I had was hitting me HARD. I waited until the film started and tipped out quietly.

Since we had to get our telephones locked up (typical at world premieres), I waited until someone could unlock it and barely made it to Hollywood and Highland where my Uber picked me up to take me back to the hotel. I was shaking the entire time and couldn’t get warm no matter how hard I tried. Finally things calmed down and I was able to get to sleep for a little bit. When I got home the next day, I found out that it was a virus that my body had been fighting off for days. The excitement of the event as well as some other emotional things led to the virus succeeding in RUINING MY LIFE OH MY GOODNESS WHY DID YOU HAVE TO COME ON THE NIGHT I WAS GOING TO MEET AVA DUVERNAY??? 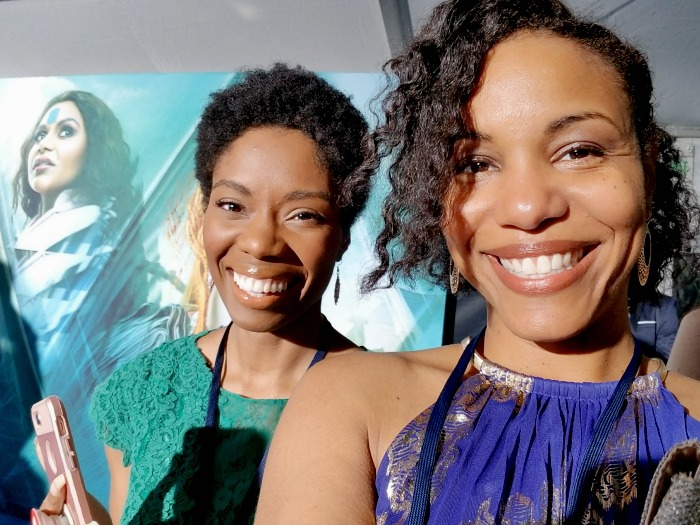 Looking back, though, I see the lesson. I was able to make some amazing connections on the trip, was incredibly inspired by Ava DuVernay, and really all of the interviews we did, and I’m reminded about what’s important to me and why.

Thankfully we screened the movie on Saturday night, so I did see it, and has affected me more than I expected. I got to walk the carpet. I was able to interview some of my favorite people. Most importantly, I spent time with colleagues who mean the world to me, and discovered a few things about myself that I needed to discover.

It wasn’t the experience I expected, but I’m grateful nonetheless.

A Wrinkle In Time opens in theaters everywhere on March 9th. 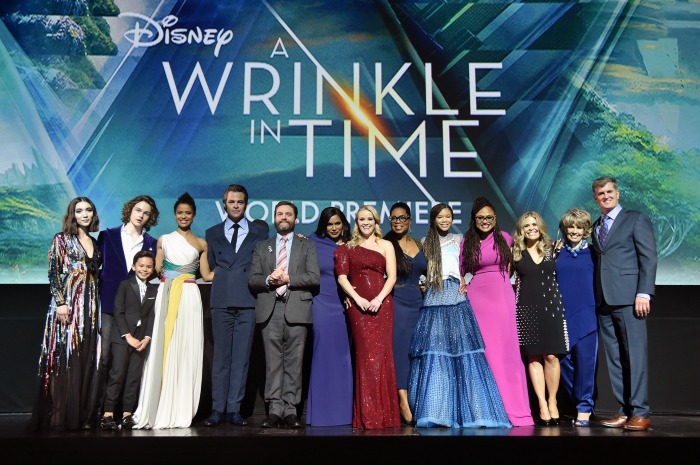 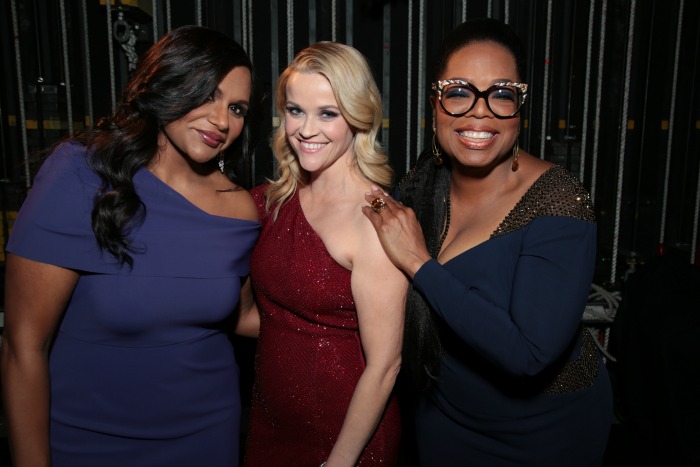 I’m glad you listened to your body. You looked amazing! I can’t wait to watch it with my family

Thank you so much for sharing this! I am so excited about the film coming out ON my birthday!!...This movie is WELL Over Due and it being an OPRAH and AVA Film!!...Just too much excitement!!! I hope that you feel better you looked absolutely beautiful and I loved your dress! <3

I am so sorry to hear you got sick friend. I got very sick during a press trip last year and had to go to the hospital alone and it was scary, so I can empathize with how you felt. I hope you are feeling better.