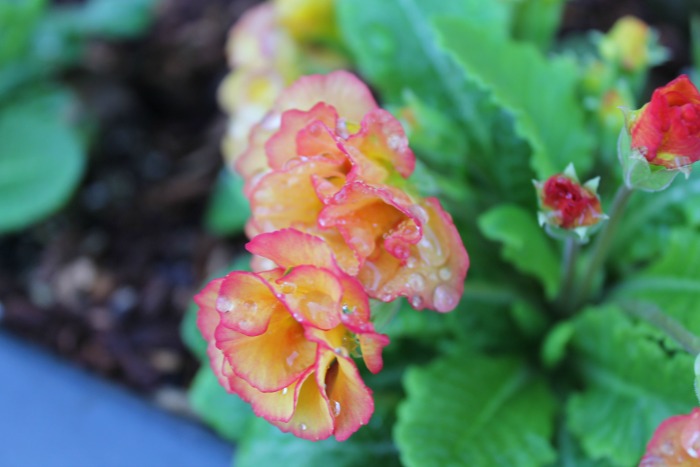 Earlier today I called my husband in tears after a negative interaction with a colleague. He listened to me talk, and then confessed that he was really concerned about me. Over the last few weeks I haven’t really been eating, and my insomnia is back with a vengeance. He said that he wasn’t just concerned about my health, but about my life. He has seen the toll stress has taken on some loved ones, and he doesn’t want to lose me. My call to vent turned into a wake up call. I hung up and thought about what he said all afternoon.

Before I moved to California, I worked at an educational non-profit in inner city Philadelphia. The work was exhausting. Although my official title was Education Programs Manager, and my job was to write curriculum, my real work was advocating for the students in our programs and the volunteers who mentored the children . I spoke up on their behalf anytime, any place, and refused to back down when their best interests weren’t being served. People knew that about me, and they either really loved me, or really hated me. I was cool with that, because I wasn’t being paid to make friends. (Even though I was really fortunate to make some amazing ones!)

Now, I work from home for an up and coming private company. This job, surprisingly, has some similarities to my previous position. I’m still speaking up on behalf of folks who need an ally inside of the company. I’m still counseling people, and mentoring. Just like my last position that was developed specifically for me, I’m serving in a role that was created for me based on my ability to listen and relate to folks. People are my thing. Taking care of people is my thing. My former job and the work I do now are alike in that way.

The biggest difference, however, is that back then, in that non-profit in Philadelphia, I was up against life or death situations. The work that my coworkers and I did to teach children social and academic skills was critical to their well-being. Going into the neighborhoods where they lived to serve them was paramount to making sure they gained a sense of importance, which leads to self-worth, which ultimately leads to them respecting others. We had battle school administrators who were playing politics with no regard to the needs of our students, and we had to keep the kids safe in environments where children shouldn’t even be.

Every Battle Is Not The Same

What I do now, the challenges I’m up against, they’re nothing compared to what I’ve been through. It’s nothing compared to the things that my friends are still going through. Last Friday, while I sat on my couch having meetings via Google Hangout, my friend, an old colleague, was trying to resuscitate one of three children who were killed across the street from the non-profit.

I don’t make this comparison to diminish my current job. The work I do now is still important, but it’s important in a different way. I’m not a firefighter or a missionary.93% of the work that I did today was focused on a candy bar. Yup. A candy bar. Kind of makes me feel silly to think about how tense things got between my coworker and me when the foundation of our misunderstandings had to do with chocolate.

I have to start sleeping again. I need to start eating regularly. Most of all, I need peace. So, I’m going to try to remember to look at my work with a more  realistic lens, rather than put so much weight on things that, in the scheme of life, really aren’t that deep. What do y’all think? Am I being crazy? How can I do this without folks thinking I don’t care about things, but rather that I’m just caring appropriately for the situation. Help a sister out! What would you do?

I'm with Terrence, you need more sleep and to eat. If you don't take care of yourself you will fall a part. I don't think that anyone would ever say that you didn't care. ever. And if they did, then they do not know you. Its hard when you want to see things done a certain way because why wouldn't it be done that way. A friend told me recently that I just need to realize I cannot control everything. I cannot control everything and that was part of my problem. I was so focused on all the things that were not in my control, that my trying to still control them was exhausting me and making me unable to control the things that I could actually control. She said to pick one thing that I felt comfortable with controlling and focus on that one thing. Of course, I haven't picked that one thing yet but I slept better that night. I got up and made myself a smoothie with yogurt and fresh fruits. I felt better. No one can never say that you don't care. It might be uncomfortable at first trying to carrying appropriately to the situation, but once its done, you'll ask yourself why you waited so long to do so.

I learned a lot about myself and work this summer. I looked at things I once thought were 'worth it' and reevaluated whether or not they really are healthy for my own peace. It wasn't easy. And it sure as heck wasn't something I was able to accomplish overnight. That being said, I do think the 2 steps forward, 1 step back timeline will help the people around you adjust because it won't be such a shock to THEIR systems. After all, we all have different life situations and personalities. Oh, and a good support system doesn't hurt.

I'm always available on G-chat if you would like to catch up and/or talk about our crazy work ethics getting us into situations! Facebook is pretty much no more because it is too much of a time suck. Sorry, not sorry. ;)

@mallery_schuplin:disqus You have such a great point. When Terrence said to me last week that he was worried about me DYING because of the stress, I realized that something had to change. We're figuring things out now, but yes, 2 steps forward, 1 steps back sounds like a reasonable way to work towards what I need.

You know what I wonder, too? Your mind and body are trained for being a single-mom--the hyper-vigilance of knowing it's all on your shoulders. That's going to take some time to un-wind, you know? So you have engrained stress-responses to your work PLUS engrained stress-responses to your life--those old methods worked for you, got you through and made you successful. Now you don't need them (or in the same way) so it's a matter of giving your subconscious a little while to catch up. How wonderful that you now have a partner to help you pause and readjust to your beautiful new life.

@annimig:disqus I have to agree with you! I'm used to being ready to attack if necessary, and having to be the only person that's proactive, so learning to chill is very new to me. Fortunately, Terrence continues to remind me that I'm not in this alone. Gosh, this is a great perspective...gives me something to think about. Thank you for sharing!!!

Good for you that you realize that you need sleep and perspective! It's easy to get caught up in the mundane things that cause issues until you get a quick wake up call! I love working on your team! Get some rest, enjoy your family this weekend and maybe even eat a bar of chocolate :-) Talk to you on Monday - after you have slept and rested! :-) thanks for a great reminder!

@Sharon YES! Sleep is good, perspective is GREAT! You are one of the silver linings in my days, though, for sure!

In careers where you give of yourself, this often happens. You reach burnout. I suggest vacations or mini vacations quarterly. This is a time to step away, relax and refresh. Do what makes you feel good...we are teased because people say we are always traveling. But with the stress of pastoring and my work at the non profit, we get weary. A few years ago, my husband was in the hospital with chest pain and the doctor said it was stress related. Now we make time in our calendar and budget for vacation. ..

@davishiajonesbaldwin:disqus We are going on vacation next week. This is great advice, and when I have a busy summer like this one, I'll make sure I won't wait so late in the summer to take off!