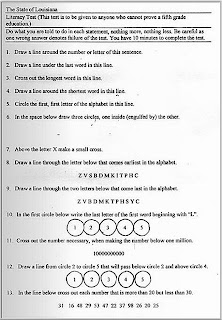 I get emotional every time I vote. Like, real emotional. I’m talking tears and everything! Something about having the freedom…the FREEDOM, to step inside those curtains, choose my candidates, and press VOTE…, it just does something to me!

When I think about how African-Americans had to take a literacy test in states like Alabama and Louisana in order to register to vote,
Or Hartman Turnbow, a farmer who had to evacuate his wife and daughter from their home that had been firebombed because he tried to vote,
Or Black folks in Mississippi who lost their jobs after their names were printed in the newspaper for applying to vote,
Or Herbert Lee who was killed for helping African-Americans register to vote ,
I think about how it took me approximately 90 seconds to vote this morning, and I am thankful to those who came before me to clear the path for democracy and freedom.
I vote for them, and for my daughter, and all the children that I serve, and the middle-class who are suffering, and the poor folks who need assistance, and the elderly who are tired, the hopeful, the helpful…heck, I even vote for those who DON’T vote because they don’t believe in change. I vote because I can. Because I can. BECAUSE I CAN.
*photo credit – Veterans of the Civil Rights Movement
Previous Post: « MAMA AND LITTLE MAMA
Next Post: WHEN LIFE HANDS YOU LUPUS… »