It’s the end of the first week of the first grade and I still can’t believe we’re here. Ayva and her friends are growing up so fast, and it’s both amazing and incredibly heartbreaking to watch.

What happened to my baby?

I’ll never forget how adorable Ayva was last year when she started kindergarten with her first day of school hair and Doc McStuffins backpack. It’s so different from the trendy dress and tween-ish bookbag she decided on for this year. I mean, really, what a difference a year makes. From the way that she acts to the way she looks, none of it is the same. 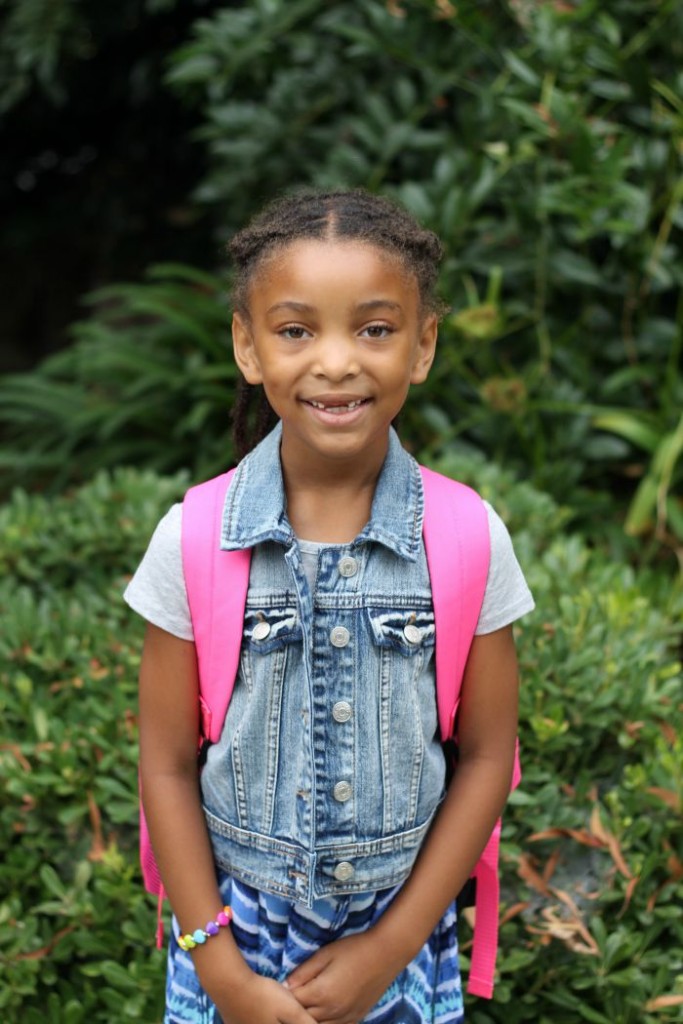 The morning before school started, I woke up to the sound of Ayva throwing up in the bathroom. I jumped out of bed to check on her, and checked out all of her symptoms before giving her a bit of fever medicine and putting her back to bed with a trash can by her side. Terrence told me that we’d have to pull her super loose tooth because he was pretty sure that was the reason that she was sick. He called our dentist to get her opinion (and secretly hoping she’d ask us to come in so she could pull it) and she agreed that we needed to get the tooth out. One ice pack, a warm washcloth and plenty of tears later, the tooth was pulled out with one gentle tug. The vomiting stopped, Ayva instantly felt better, and we were officially ready for first grade.

It’s only the end of the first week of school, and Ayva has already learned a cool trick for counting to a hundred by fives. I’m learning some things, too:

1. Leaving preschool was hard.
2. Moving up from kindergarten is hard.
3. Nothing about parenting gets easier.
4. It’s all totally worth it.

Here’s to week one, counting by fives, and snaggletooth kids. Viva First Grade! 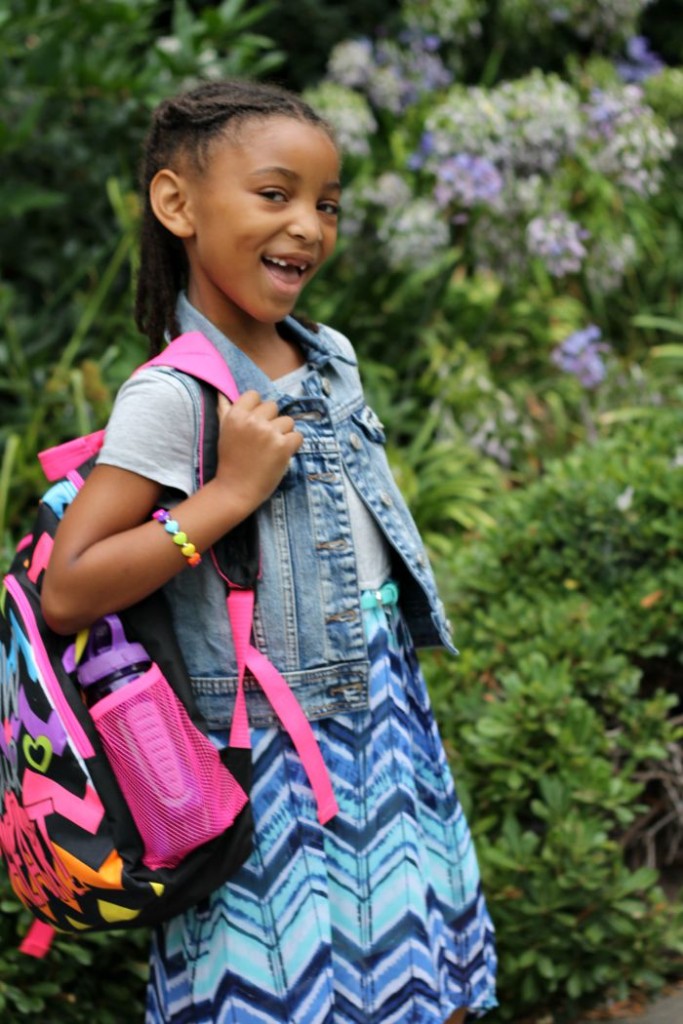 Aww she looks so grow up!!! Is she over characters now?? Derek starts first grade too. My always super confident and fearless boy is so nervous. He's scared of the bus, getting lost, missing his stop and getting on the wrong bus. I can't wait to get it over with so he can calm down. We are going to put him on the bus and then follow it home so he sees us and knows we are there. I'm just as stressed as he is

She looks like such a big girl! And so beautiful! Where does the time go? Also, let me just shout out Daddy Riley for being in tune with the needs of his baby! Yassssss!!!! ;-)