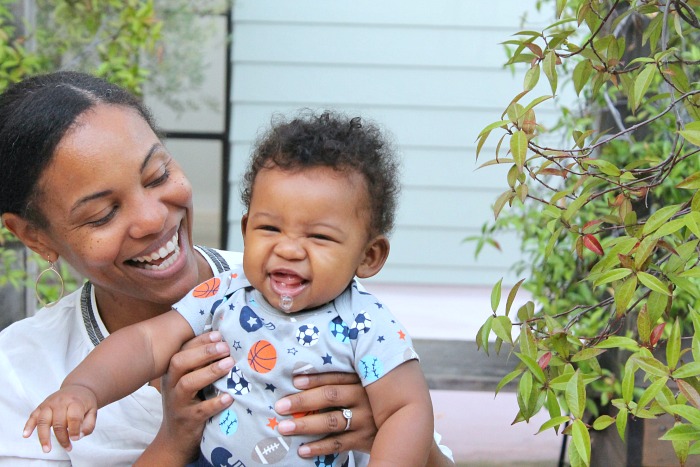 Life with a baby is pretty easy up until two things happen. The first challenges start when the baby starts to get mobile. When Jamie started rolling over, and then a few weeks later when he mastered crawling, it felt like getting promoted from the bench to the starting line-up. Suddenly I’m always moving, chasing after this little guy as he explores his surroundings and forces me to get exercise.

The second change happens when the baby starts teething. A normal milestone in babies is oral exploration, and Jamie was already putting everything in his mouth. Now that he’s teething and he’s being introduced to eating solids, he’s on a quest to find things that taste good and soothe his gums.

So now that I have a baby who can crawl who is also teething, let me tell you—HELP!!!

I’m kidding. Kind of. I know that this is a phase that Jamie is in, so I have to be diligent in making sure we all put things up that he could choke on. I’m constantly scanning the floor for the little bits of paper and itty bitty things that Jamie always seems to find. That kid has some good eyesight! If nothing else, at least I’m vacuuming and cleaning the floor more than ever, now, so there’s that. I owe the kid for making me a better homemaker! 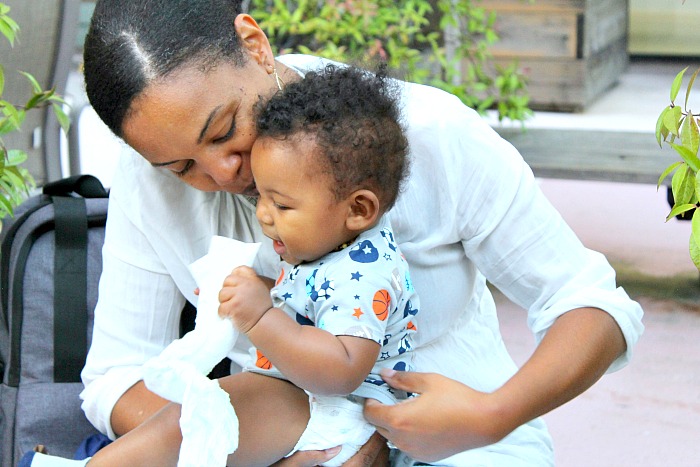 Since this is my second child, I’m a lot less stressed out about this putting things in the mouth phase than some new parents might be. I actually kind of get it. I’ve been known to chew on a pen or straw, so I know how soothing it can be. If Jamie is gumming something that isn’t nasty or a choking hazard, I pretty much let him go for it. I’m still pulling things out of his mouth every 2.5 minutes, but there are some exceptions.

I decided to keep a list of everything that Jamie tried to eat today. I got up to thirty one and then I lost track. For old school parents, this list might make you remember the good old days of chasing behind a human vacuum cleaner. New parents, you’re probably judging me. Ah well, the kid is still healthy, so even with a list of 31 (and counting) non-food items that my baby tried to eat, I still chalk today up as a success.

Don’t worry about my baby starving, though. Even though I didn’t let him eat any of this stuff, Jamie was able to chow down on Cheerios, rice cereal, a banana, and all the breastmilk he could drink. The boy is good. Mama is tired, but the boy is good.

Thank you for sharing this! You make being a Mom look so easy! I love how you let him gain independence while creating his environment. It should make new Moms take a small breather.