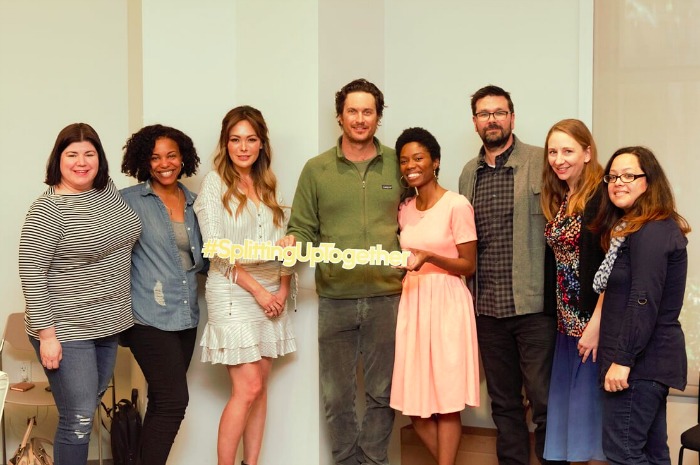 Divorce is ugly. As the adult child of parents who have been divorced since I was a toddler, I have always been sensitive and extraordinarily sad about relationships breaking up. I know what it’s like to live with one parent and only see the other a couple of times a year. Many of my friends were in the same situation, too. Divorce meant the family was split.

The new ABC show, Splitting Up Together looks at divorce differently. Now that folks are more aware of how important an intact family is to a child’s future, parents are figuring out new ways to co-parent. They’re buying houses close to each other, working out custody agreements that put the kids first, and in some cases, they are even continuing to live together. That’s the premise of Splitting Up Together.

How is Splitting Up Together different than other network comedies?

Oliver Hudson: Shooting it felt different than your network, single-camera, half-hour comedy, which as we know has a certain sorta tone to a lot of them, you know. I was only hoping that we were gonna be able to execute the way that I felt that it should be. And, of course, it was. Now ABC’s gone along with exactly how we wanted to sort of do this thing, which is not your typical half-hour comedy. I felt that we did just as many dramatic scenes as we did comedic scenes. And the comedy comes from situation. It doesn’t come from these punchline type of jokes. Nothing broad, and it felt real.

How do you think this show will represent divorce in real life?

Emily Kapnek: We felt like a lot of people seem to identify with the world and the characters whether they were going through a divorce or not. We just kind of drew from all of our own real-life experiences. I think the main goal is just to tell a story about divorce that isn’t toxic and negative that has a little bit of hope and a little bit of optimism.

Is there a lead character in Splitting Up Together? 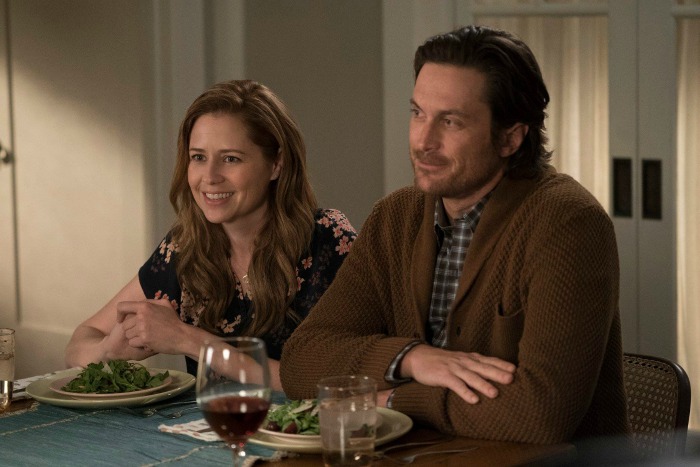 The title of the show is Splitting Up Together. Does that mean they’ll never reconcile?

Emily Kapnek: No, I mean I think it’s part of the process. For a show like this to work, they have to have one step forward, two steps back. There is the intrigue of it.

Dean Holland: And I think that’s how a show works, right. You kinda wanna feed people what they want and then take it away. Just adds longevity. It worked like that forMoonlighting, Ross and Rachel, all those things. The reason they stay so fresh is because they’re never quite there.

What do you want viewers to get from Splitting Up Together the most?

Emily Kapnek: We wanted that optimism. We always said that there were sort of two fundamental questions about divorce in general and the show. Once you divorce, can you go back? And then the second question is should you? If there’s the opportunity to do it, does it mean it’s right? Just because you want these two characters together, if she’s getting something from someone else who’s making her feel more valued, if he’s able to be who he is more fully — and that sort of complication is something we kinda delve into in the later episodes.

Splitting Up Together premieres on ABC on March 27! 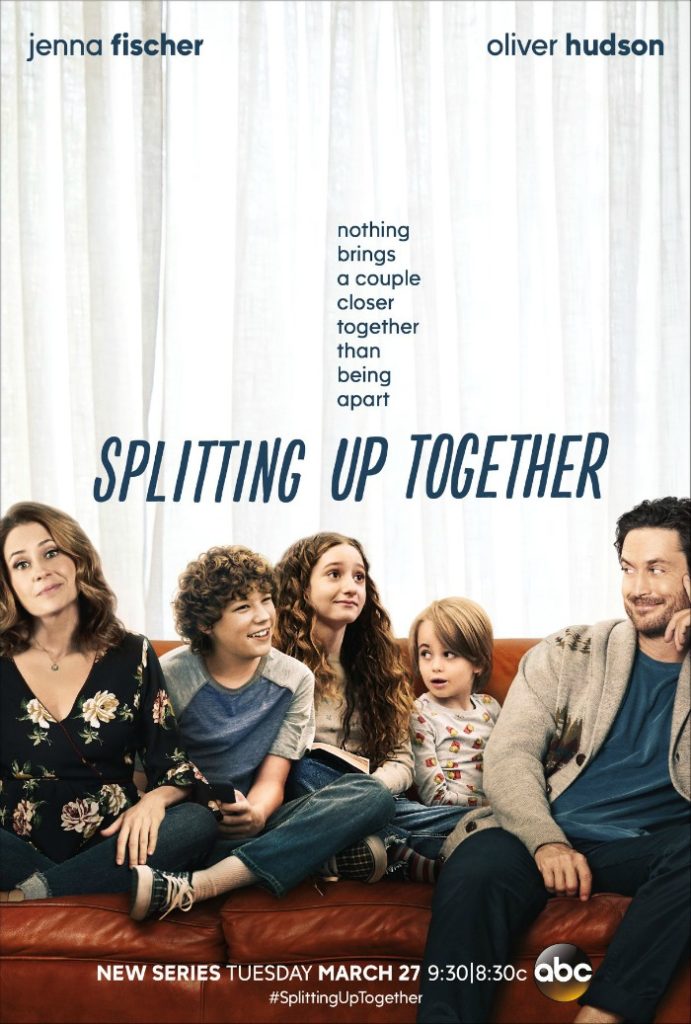 More about Splitting Up Together from the studio:

Based on the Danish series, “Splitting Up Together” is the story of a couple (Jenna Fischer, “The Office,” and Oliver Hudson, “Scream Queens”) whose marriage is reignited by their divorce. Emily Kapnek (“Suburgatory”) writes and serves as executive producer of this new comedy, along with Ellen DeGeneres.

Jeff Kleeman, Mette Heeno, Mie Andreasen and Hella Joof are also executive producers of SPLITTING UP TOGETHER, which is based on the original series created by Heeno. It is produced by A Very Good Production and Piece of Pie Productions in association with Warner Bros. Television. Dean Holland directed the pilot.

This is an amazing show.I would not want to miss it.It brings co parenting to a whole new love.I had to replay the trailer over and over.Thanks for sharing this