You are here: Home / Pregnancy & Baby / I Didn’t Wait to Share My Pregnancy on Social Media
0 shares

Find out why I didn’t wait to share my pregnancy on social media in this sponsored post. 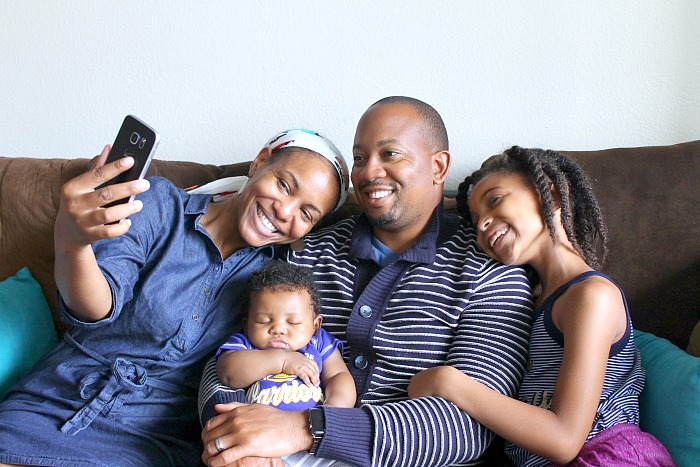 I spent months trying to conceive and I remember the exact moment it hit me that I might be pregnant. Terrence, Ayva, and I were on vacation in San Diego and I wasn’t feeling like myself. All I wanted to do was sleep, and everything I ate tasted weird. According to the First Response Pregnancy Tracker & Cycle Tracker app, my cycle was due to start on day two of our trip. My period was like clockwork, so when it didn’t come when it was supposed to, I knew something was up.

Terrence and I had been intentionally trying to get pregnant for nearly a year. Each month, when I felt low on energy, and my mood would change, I prayed that what I was experiencing were early pregnancy symptoms rather than PMS. Then my period would start and I would be disappointed. Each month, my disappointment grew deeper until finally I started to give up hope that we would ever welcome another baby into our family. I decided to give getting pregnant one last shot before I accepted the fact that it wasn’t going to happen. The very next month, my period was late. 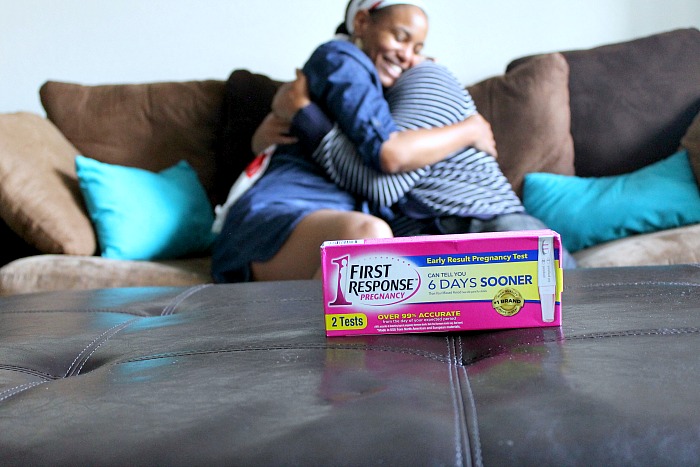 Okay, so back to San Diego. My period was one day late. It was the first time that it had been late in years, so while Terrence and Ayva were asleep, I went out to buy a pregnancy test. I wanted to confirm my suspicions and know for sure if I was pregnant, so I went to the nearest drug store and scanned the aisle for what seemed to be the most accurate pregnancy test. I ended up choosing the FIRST RESPONSE™ Early Result Pregnancy Test because it promised to let me know I was pregnant 6 days sooner than my missed period which was much earlier than any of the other tests. When I got back and tried out the first test, the telltale sign of pregnancy showed up right away. I covered my mouth to hold in a scream as I pulled the second test out to re-check. That test was positive, too. I was pregnant!

I told Terrence and Ayva immediately, and they were both excited. Even though we were on vacation, I called my best friend, and started going down the line of family and close friends to let them know. I asked them to keep it to themselves since I was very, very early. They didn’t have to hold the secret for too long, though. I announced my pregnancy on social media right around 8 weeks.

Most folks think that you should wait until the second trimester to share your pregnancy with others. They say that anything can happen during the first few weeks. I didn’t care. Even though I knew the risk, I was thrilled about the life growing inside my body, and I wanted my friends and loved ones to celebrate with me.

On our wedding anniversary, Terrence and I saw the baby’s heartbeat via ultrasound. We hadn’t even left the doctor’s office before I posted a status on Facebook to share that we were expecting. The well-wishes, kind words, and prayers started rolling in. It felt good to know so many people were rooting for us. The positive energy from my loved ones helped me to get through a challenging pregnancy, too. 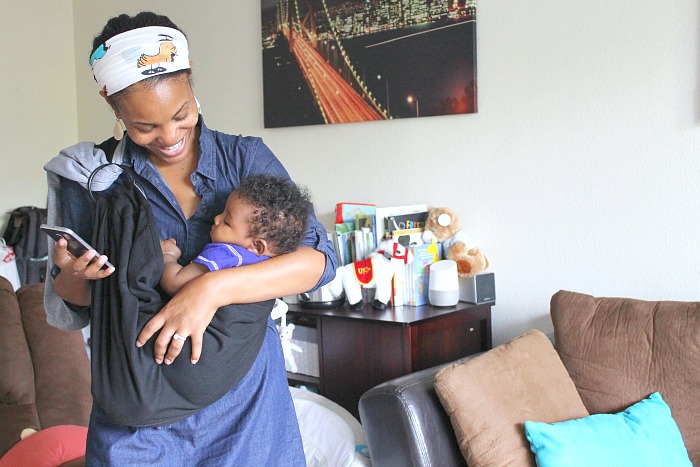 I’m glad that I didn’t wait to share my pregnancy on social media. I am thankful that Terrence and I didn’t have to be alone as we went through the ups and downs that come with having a baby. People were supportive from the moment I shared, and we needed that. Besides, after not being able to get pregnant and months and months of disappointment, there was no way that I was going to wait to celebrate!

Social media is about engaging. It’s about sharing. It’s all about connecting with others and letting them into your life. I wanted to let folks in on the joy of my pregnancy, and take them along with me on the journey of having the baby. They were there, they were supportive, and my pregnancy was much more fulfilled because of it.

Did you wait to share your pregnancy on social media? Why or why not?