You are here: Home / health / Being pregnant and constipated is worse than childbirth
8 shares 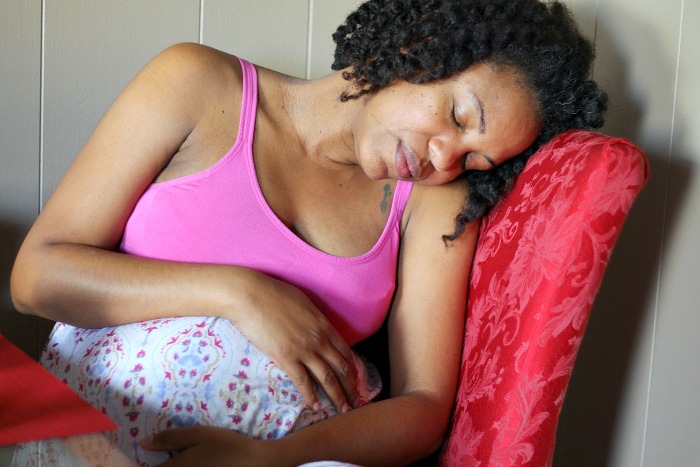 Wanna hear what it’s like to be pregnant and constipated?

We all know that pregnancy and childbirth comes with an interesting array of body challenges.

Itchy skin, an aversion to smells, and swollen feet are just a few of the ailments women brave through to bring a child into the world.

Even though I complained the entire time I was pregnant about these issues, I knew it was all totally worth it.

Well, almost all worth it.

Having dealt with being pregnant, impacted stool, and constipated is high on the list of reasons that I’m “two and through” when it comes to birthing babies!

In fact, I would venture to say that being pregnant and constipated is worse than childbirth.

Of course, I had two c-sections and never experienced labor pains, but I feel like my experience with constipation when I was pregnant probably rivaled that of pushing a nine pounder out of your vagina.

If you’ve had constipation before, you might know it to be an inconvenience. It’s uncomfortable and a nuisance, but you eventually get through it.

Pregnancy constipation, however, is a whole other beast.

I’ll get to that. 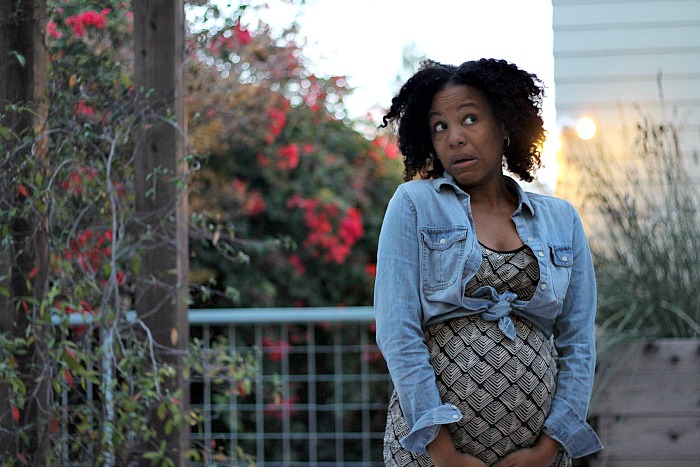 I had other issues besides being pregnant and Constipated.

Early in my pregnancy I experienced hyperemesis gravidarum (extreme morning sickness) and had to go on medication to control it. I was also anemic so taking extra iron.

Although the pharmacy instructions for both warned that a side effect was constipation, and my doctor prescribed a stool softener at the same time, I didn’t expect what was waiting for me after a week of taking the meds and supplement.

I didn’t realize I was constipated until it was too late. I was just happy to not be vomiting uncontrollably anymore. It wasn’t until the pressure in my colon made taking steps difficult that I started to try to remember the last time I had a bowel movement.

I thought back, but that didn’t help. Asked my husband, he didn’t know. I even had my 7-year-old daughter write down what we had eaten for dinner for the past week. I thought it might help me determine if I had eaten any foods that normally made me go.

Eventually I figured that it had been at least four days since I’d last had a BM.

At that point, I was so uncomfortable that I couldn’t even stand to eat. I knew I had to do something.

I called my doctor again about the impacted stool

My doctor told me to keep taking the stool softener, increase my fiber intake, and drink lots of water. She told me that if things weren’t moving in a few days I’d have to come in and get the impacted stool removed. The last thing I wanted was someone probing up there, so I made a commitment to get unstuck by any means necessary.

The next day, I got to work. I drank a mild laxative and sat in a warm sitz bath with baking soda for a little while.

I drank warm water with fiber powder mixed in. (For some reason I feel like warm water is more effective than cold water. Not sure if that’s true.)

I ran up and down the hallway the best I could. Got on my hands and knees and rocked back and forth. Attempted an enema.

I hopped on the internet and started to do some research. Did you know that no one really talks about pregnancy constipation except on closed forums? There were a couple of frilly articles with soft warnings about constipation on some mom sites, but nothing that represented what I was going through. I dug deeper and started to discover the real constipation talk.

That’s where the rubber gloves came in.

WARNING: The rest of this story is not going to be pretty. Proceed at your own risk. 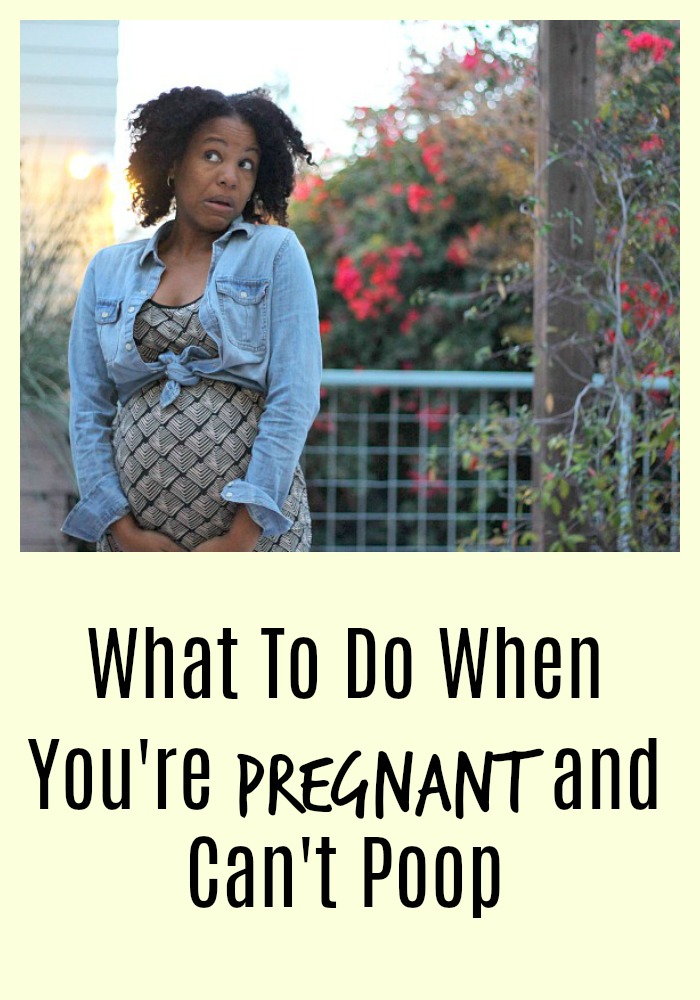 HOw to remove impacted stool

On one of the forums I stumbled on, someone suggested oiling up, putting on rubber gloves, and digging the compacted stool out. After a full day of trying everything else, I knew I had no choice. I had to go in.

My husband was working that day, so I took my daughter to her grandparent’s house so I could do what I needed privately. On my way home, I stopped at the pharmacy and picked up a box of rubber gloves. Once at home, I took a shower and then got busy.

I put a large piece of plastic on the floor, and then used olive oil to oil up. Next I put one glove on one hand and two on the one that was going to be doing all the work. I squatted over the plastic and used my finger to dig and pull out what I could of the stool.

I pulled the gloves off and sat on the toilet, trying to see if the space I made would allow for the rest of the stool to come out.

At this point it was late afternoon and I had tried everything I could think of get unblocked. I mean, I tried to pull poop out of my butt with my fingers. EVERYTHING. I gave up. I washed up and went to pick up my daughter, accepting that I’d be in the doctor’s office the next day for help.

How I finally got Unstuck

As I was driving to get my daughter, I felt a rumble in my stomach. Then another one. With the second rumble, I knew that I needed to find a bathroom FAST.

I was a few minutes away from my in-laws’ house so I sped up a bit to get there before it was too late. As I was pulling up to their house, I saw that both of their cars were gone. I didn’t have a key to the house.

THAT was a problem.

I drove to a nearby store, barely turned off the car before I hopped out, and ran in to the bathroom.

It was one of the best feelings of my life.

I wish I could say that was the last time I was constipated while I was pregnant, but it wasn’t. After that, I carried a huge bottle of water with me everywhere I went.

I took a stool softener every morning, and ate tons of fruits and vegetables. I was even able to stop taking the meds.

Oh, and I found something that helped A LOT and was practically foolproof.

If I ever get constipated again, these work in an instance!

You can purchase them with my affiliate link on Amazon or get them at your local drugstore.

When you’re dealing with all sorts of crazy pregnancy symptoms, it helps to know what you’re in for so that you can get your mind right.

Being pregnant and constipated normal. Gross, but normal. We don’t need to be embarrassed or ashamed to talk about it.

Talk to your friends, Mamas. Tell them your stories of triumph over blocked stools and other yucky stuff.

And encourage them to buy a box of rubber gloves.

What happens to your body after you have a baby
I knew something was wrong, but never guessed it was postpartum anxiety
3 things no one ever tells you about pregnancy

Previous Post: « 3 ways to keep up with your walking baby
Next Post: My let down was a let down »