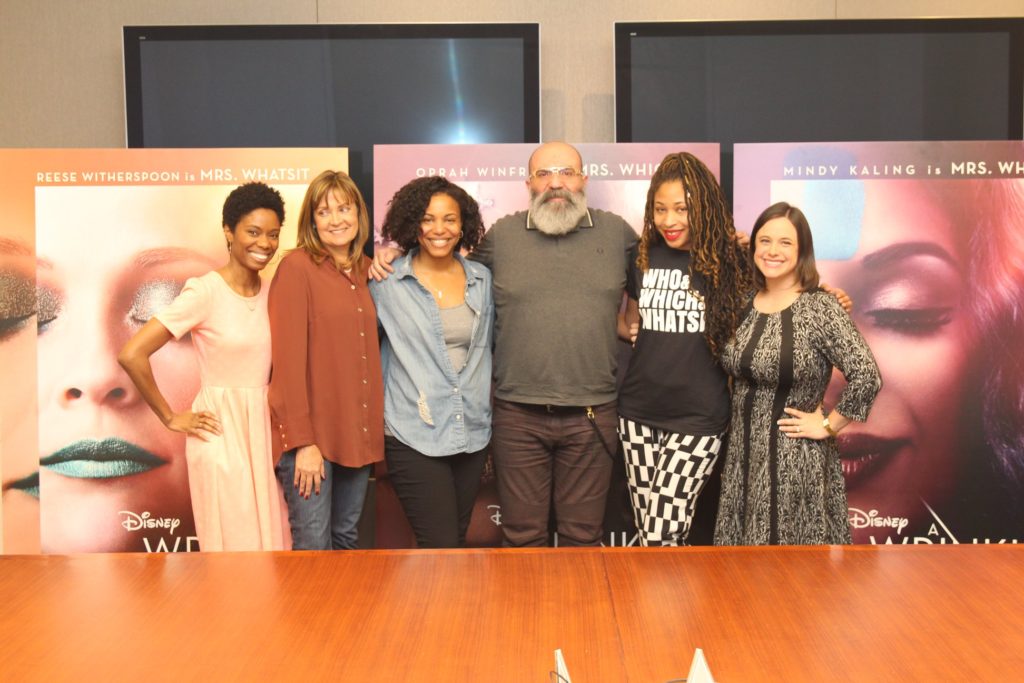 The magical film, A Wrinkle In Time was made even more special by the gorgeous, ethereal costumes worn by the actors. There was one point when Reese Witherspoon’s Mrs. Whatsit  character came on screen that I audibly gasped.

Rich and full of color and texture, after meeting the movie’s costume designer, I can totally see how they came to be. Paco Delgado was such a fun interview! Read more about his process in this exclusive interview.

QUESTION: Where do you start when designing costumes for a film this big?

Paco Delgado:  The first thing I always do is to read the script. There’s a lot of information in the script. There are really, really tiny things that they always tell that you can understand things.  In this movie,  these celestial beings don’t wake up in the morning.  They don’t have any porridge in the morning.  They don’t behave like human beings.  After you read the script you get some hints.

QUESTION: How did you think about designing for the individual characters?

Paco Delgado: Oprah’s character has to be energy.  She’s a warrior. Reese is very playful. You see it in the way she engages with the children, and the silly things that she says to the children. She has to be interesting and fun.  Mindy speaks speaks with quotes from books.  Then I thought, “this lady’s a super librarian of the universe.” She has all the culture of the universe into herself.  We can draw things from every culture in the world. 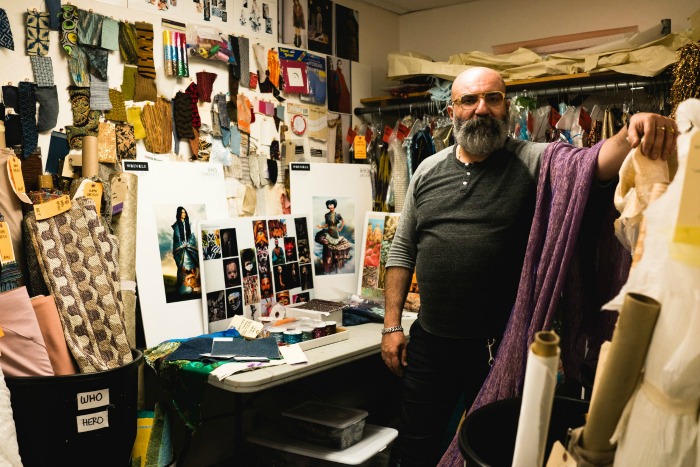 Question: How long did it take to make the costumes?

Paco Delgado: Some of the dresses took up to eight weeks.  Everything was being done simultaneously. 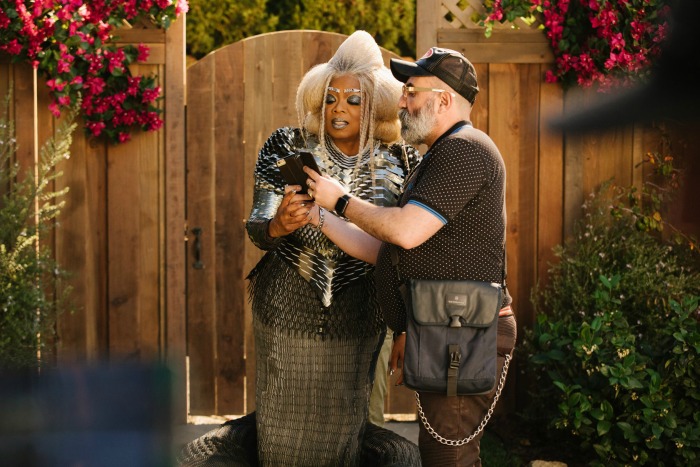 Paco Delgado: She was like this super librarian, I was thinking all her dresses have to have layers of things like book pages.  I was trying to think  is it possible to make something with paper? We were  trying to find the right paper. These people south LA have this warehouse where they sell Japanese paper, made by hand. Then we went there.  We were trying little things.

We found this paper that it was made by hand as well, from another vendor. Then we put it together. It was so many different things. 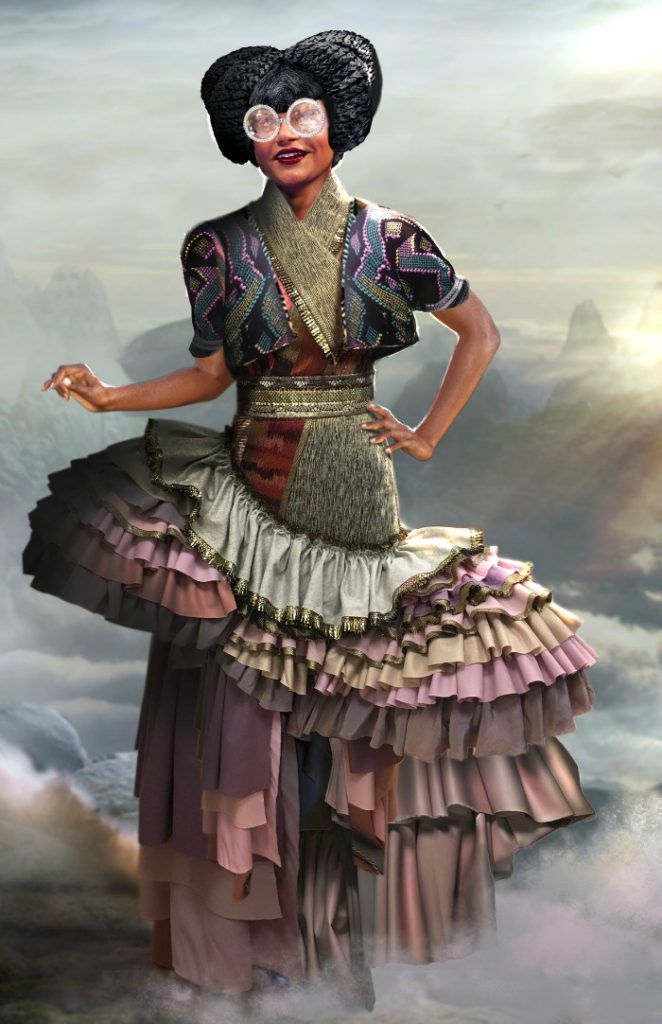 QUESTION: What was the process for making the dresses?

Paco Delgado: Oprah’s dresses has all this beading here in black, and yellow. It was embroidered by hand! we have this… Armenian like this, embroidering it by hand! At the same time somebody was cutting the skirt.  We tried to put everything together and make it work.

QUESTION: Were you nervous about designing for Oprah Winfrey?

The thing is, I can’t be scared. The only thing that it does is paralyze you. 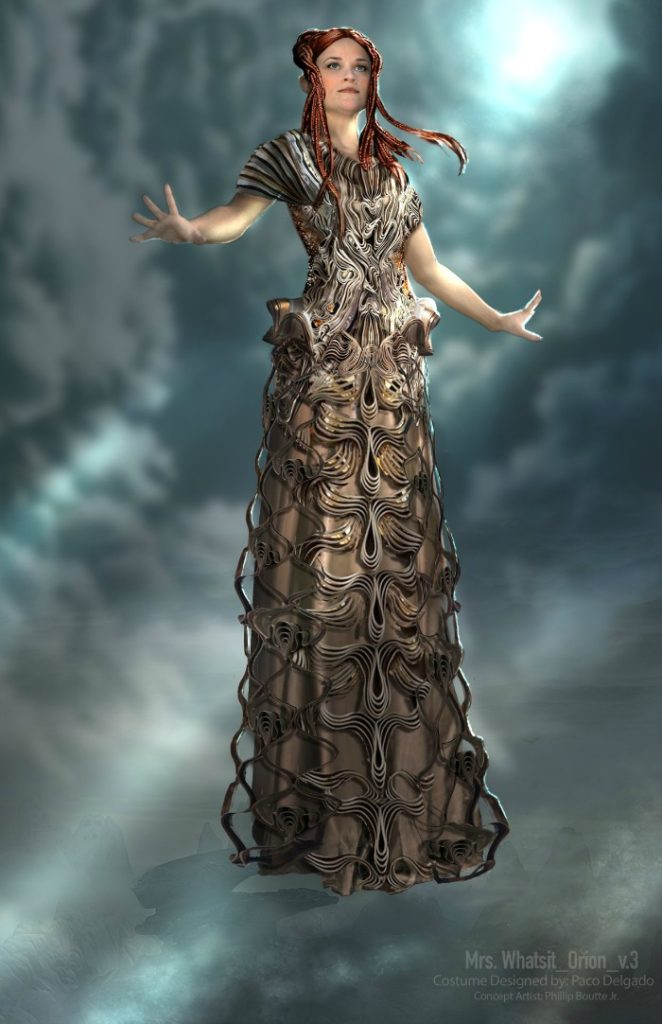 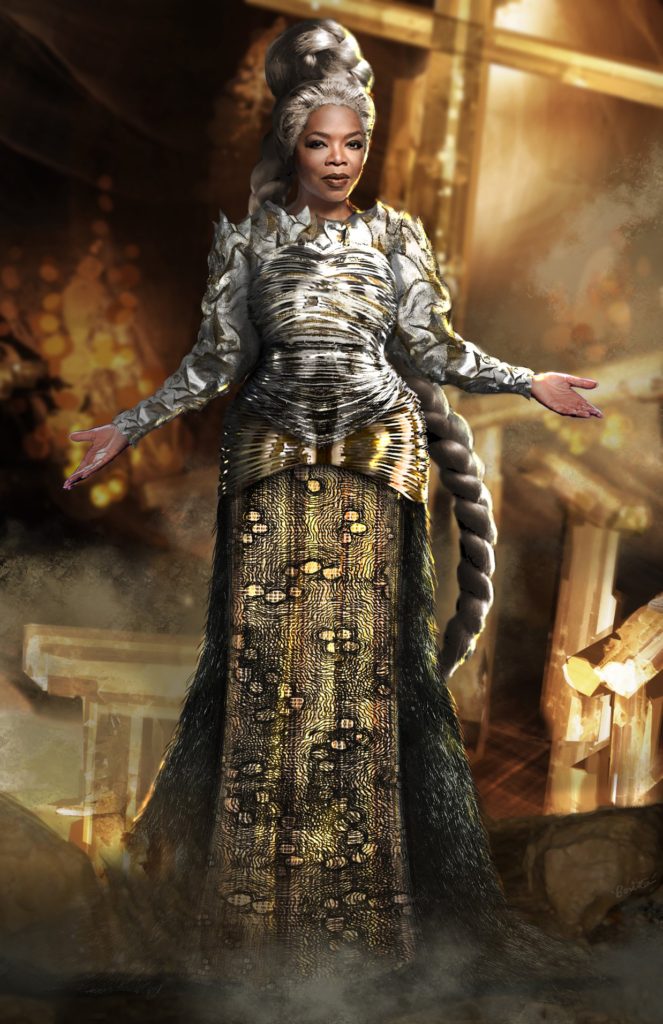 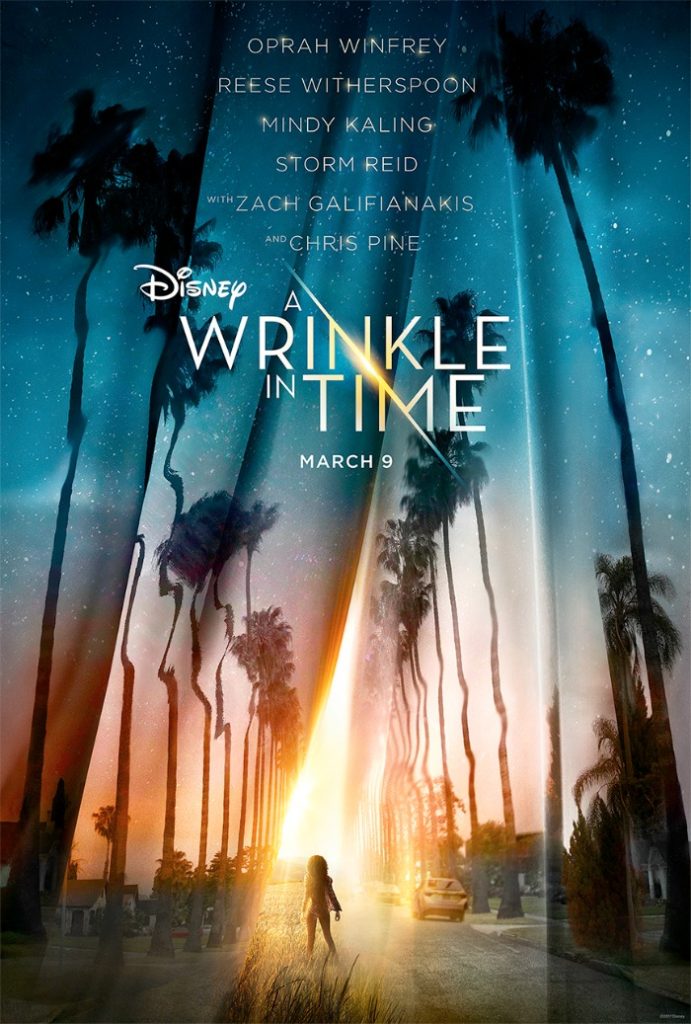 A Wrinkle In Time opens on March 9, 2018 and stars Storm Reid as Meg Murry, Levi Miller as Calvin, Deric McCabe as Charles Wallace, Gugu Mbatha-Raw as Mrs. Murry, Mindy Kaling as Mrs. Who, Reese Witherspoon as Mrs. Whatsit, and Oprah Winfrey as Mrs. Which. The film is directed by Ava DuVernay. The screenplay is by Jennifer Lee.