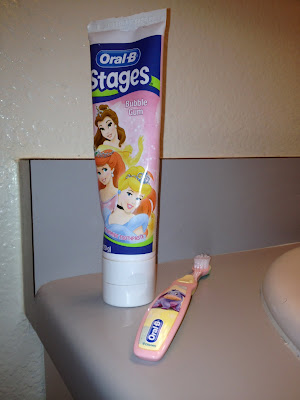 If your toddler is anything like mine, when it comes to brushing their teeth, you don’t have to ask twice! Ayva loves brushing her teeth! LOVES! At the beginning, I know it had a lot to do with the toothpaste, but now, she really understands that brushing her teeth at night and in the morning helps her to have a pretty smile. If I forget and try to put her to bed without a proper brushing, she is not having it. Seriously, she could be all tucked in the bed, story read and everything, and she will say, “Oh! I forgot to brush my teeth!”
That’s why, when I received the opportunity to host an Oral-B Stages party, I jumped at the chance! I have used Oral-B products for years, and I know how important is is to teach kids how to brush their teeth. In the community that I serve in my non-profit job, parents not being able to afford insurance is often a deterrent to them taking their children to the dentist, or recognize how necessary it is to have a good toothbrush that is replaced often. Because of that, I decided to host my party at my daughter’s daycare which serves many children who are in that situation.
Our party kit was filled with Winnie the Pooh and Toy Story Oral B Stage I and Stage II toothbrushes and toothpaste, Winnie the Pooh Lavender Wash, and popcorn which was great for watching the movie, Winnie the Pooh, which was also included in our party pack! We talked about brushing teeth with the toddlers and asked how many of them brush their teeth every night. Then I set a projector up and projected Winnie the Pooh on the wall while the children snacked on popcorn and juice. 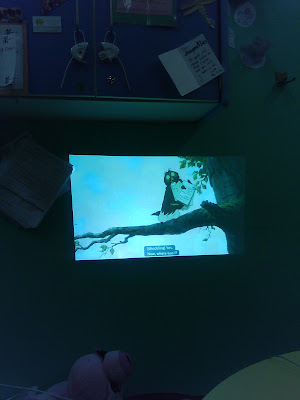 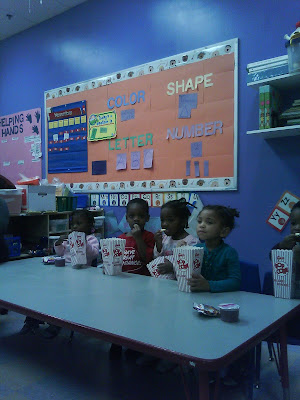 At the end of the party, we were able to give great information about toddler oral health to parents…some of whom were very excited to get a jump on paying more attention to their toddler’s teeth. One of the parents who came early and was able to talk for awhile said that she was sure the Cars Oral-B Stages II brush would be a great incentive to get her, normally not-interested in brushing son, brushing his teeth regularly! 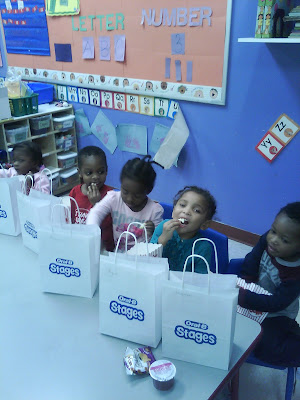 Do your kids like to brush their teeth? Is the toothpaste a big draw? I want to know how you keep your child’s mouth healthy!
*Disclosure – I received free product to host an Oral-B Stages party at my daughter’s daycare by Mommyparties, but all opinions are my own.
Click here to cancel reply.