If you could spend one more day with a loved one who has passed away, what would you do to make that happen? Me? I’d do anything. Even if it was just to be able to spend a few minutes with my grandmothers or stepmom who died years ago.

That’s kind of the premise behind the new Pixar film, Upward, which comes out on March 6, 2020. I was fortunate enough to go to the Pixar HQ in Emeryville, California and interview the production team (including animators and director) behind what might be my new favorite film!

The film is about two brothers, Ian and Barley Lightfoot who lost their father when they were just babies. Thanks to magic, though, they have the chance to meet the father they barely remember.

We were fortunate to be able to view some of the film, and it brought me to tears. In addition to being action-packed, Onward is incredibly poignant. After hearing director Dan Scanlon talk about the inspiration behind the film, it’s no wonder I was so moved.

Behind the inspiration of Pixar’s Onward

Dan Scanlon and his team started working on Onward back in September of 2013. When the creative team first came together, they had no idea what they were going to create. Scanlon says, “We actually started with nothing.”

Through brainstorming and sharing personal stories, the preliminary idea for Onward came to be. Dan Scanlon said that he started from his own story. His own father passed away when he was very young, and he’d always wondered who his dad was and how he was like him.

The main characters, Ian and Barley, are in some ways inspired by Dan and his own brother. More than that, though, Scanlon says, “I wanted kids of all cultures to see themselves in different characters.” Spoiler alert: Onward does an amazing job achieving that goal. 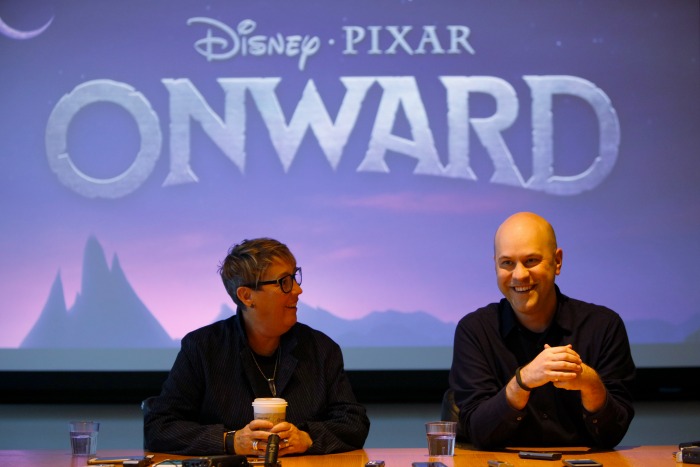 Onward is an emotional movie. That’s to be expected when you’re dealing with issues of lost, but it’s about more than that in this film. The quest that the brothers go on together pushes them to find their individual strengths even as they’re learning to trust each other and work together.

Director Dan Scanlon told us that the most groundbreaking thing about Onward is that they had to work to give pants emotions. It’s true. In the film, the Ian and Barley’s dad is represented by a pair of pants. The quest is to be able to find the top part. I don’t know if they are successful in their quest, but giving pants emotions? That part, the production team definitely did that. 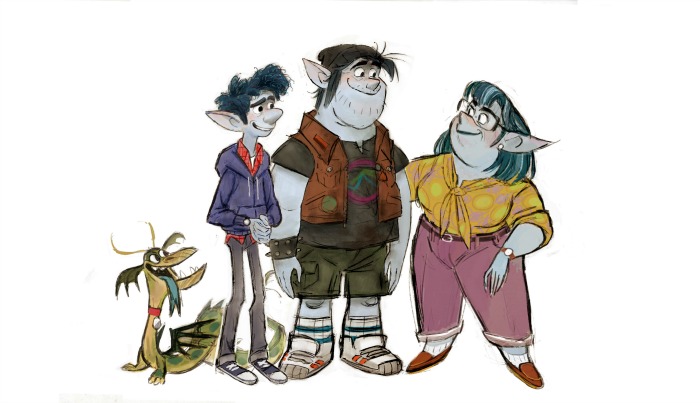 Onward is not a period piece

In our interviews, Dan Scanlon was clear that he didn’t want to make a period piece. Although the movie has an obvious renaissance faire-esque aesthetic, the issues the movie deals with are definitely modern. As Scanlon says, “the characters learn to find balance between magic and modern convenience.”

This film is for kids, and adults, who are interested in adventure, but who have feelings as well. The filmmakers hope the film will inspire adventure, and that kids will be challenged to find the little bit of magic within themselves.

It already has for me.

Set in a suburban fantasy world, Disney and Pixar’s “Onward” introduces two teenage elf brothers (voices of Chris Pratt and Tom Holland) who embark on an extraordinary quest to discover if there is still a little magic left out there.

Onward looks like the type of movie everyone should watch; it could teach you a thing or two.