What can you watch for Black History Month on Netflix? This list has you covered. 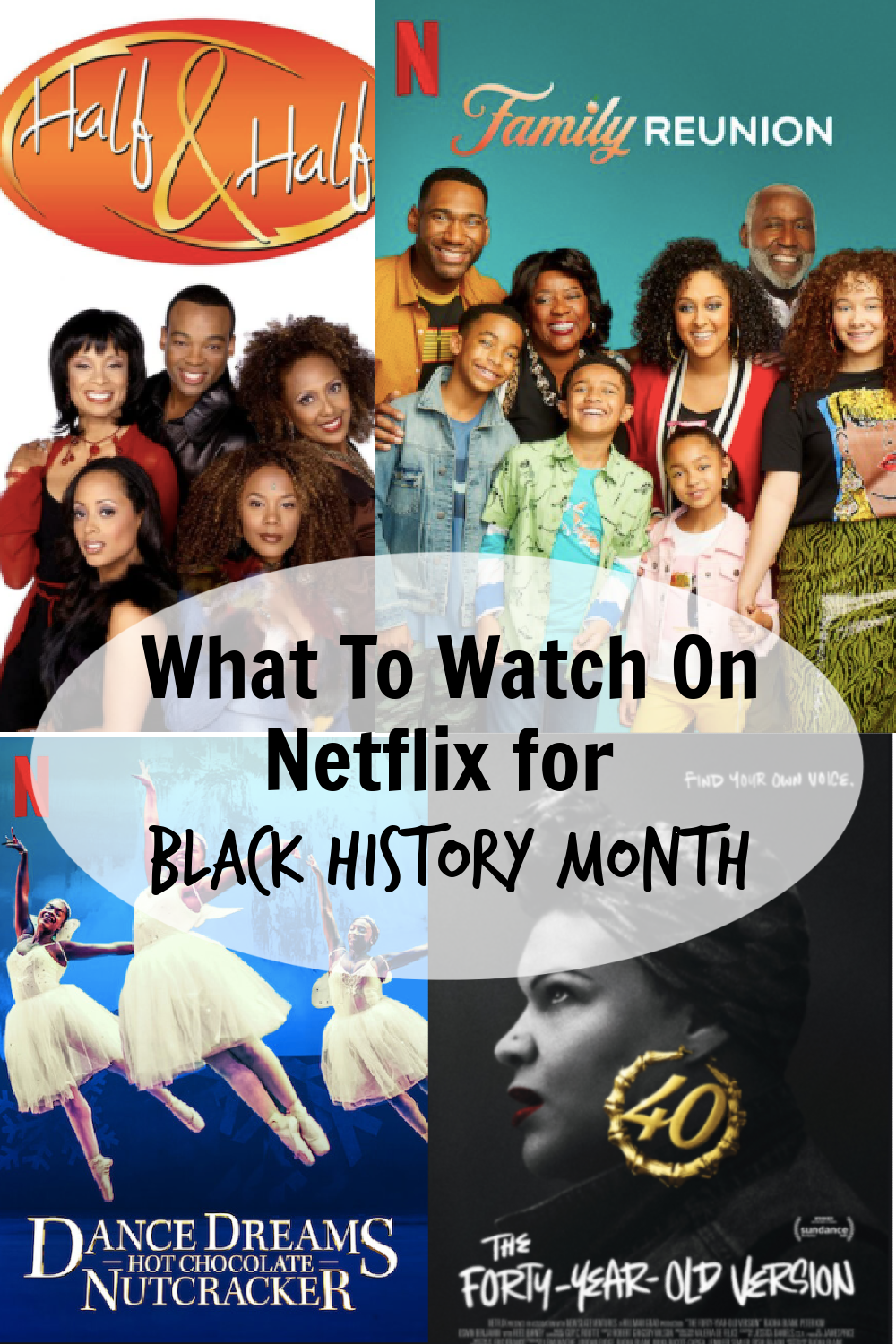 It’s Black History Month, y’all! Although I believe we should be learning about this piece of American history all year long, I do like having an intentional time when the collective United States is focusing on Black folks.

There are events and educational opportunities intended to teach people about the African-American experience, and I never fail to learn something new every year.

Whether you have a chance to get out to some of those events or not, you can still learn a lot about the Black experience in America on your own by reading, talking to people, and watching movies and television shows.

Here’s a list of movies and shows that you can watch in February 2021 on Netflix for Black History Month and beyond.

We Are The Brooklyn Saints – This documentary series follows a youth football program in East NY, Brooklyn

Pose – Get into this series that dramatizes the Black ballroom culture experience.

Hip-Hop Evolution – Find out everything you ever wanted to know about hip-hop in this documentary series.

School Daze – It’s homecoming week at HBCU, Mission College. One of my favorite movies ever.

Ma Rainey’s Black Bottom – Ma Rainey and her band are recording an album over the course of a day. Breathtaking performances, in particular Chadwick Boseman and Viola Davis.

Homecoming– Beyoncé’s film that gives an inside look at her 2018 Coachella performances will have you tearing the floor up.

Uncorked – Instead of taking over his family’s BBQ restaurant, Elijah wants to become a sommelier.

Malcolm & Marie – Zendaya and John David Washington are quarreling lovers. Yes, Zendaya is all grown up.

The 40-Year-Old Version – Radha is a playwright who’s approaching 40 and following her dreams. h

Becoming – Learn about our favorite first lady, Michelle Obama and be inspired by her journey.

The Last Dance – This series focused on Michael Jordan spills ALL the NBA tea.

Self Made – Although it’s not the actual biography of Madame CJ Walker, it’s close enough to make you want to do your own research.

Jewel’s Catch One – Jewel Thais-Williams is a nightclub owner who provided a safe space for Black LGBT communities.

Half & Half – Sister who grew up in different households build a relationship as adults.

Sister, Sister – Twin sisters separated at birth, find each other as teens.

One on One – A teen daughter moves in with her bachelor dad and hilarity ensues.

Girlfriends – Joan Clayton and her friends are there for each other through thick and thin.

Moesha – This show follows Moesha as she navigates life in high school, friends, and family.

The Parkers – Kim Parker and her mom Nikki enroll at community college together. Lots of laughs.

The Main Event – Leo wants to be a successful WWE wrestler. Thanks to a little bit of magic, the impossible happens.

Motown Magic – All of your favorite Motown songs, a charming cartoon cast, and a colorful world make this a fun family watch.

Family Reunion – Moz and Cocoa decide to move to Georgia in order to be closer to their family.

Previous Post: « How to Talk To Your Child About Black History Month (A Script)
Next Post: Why Know Your Dose is Important for Kids and Parents »