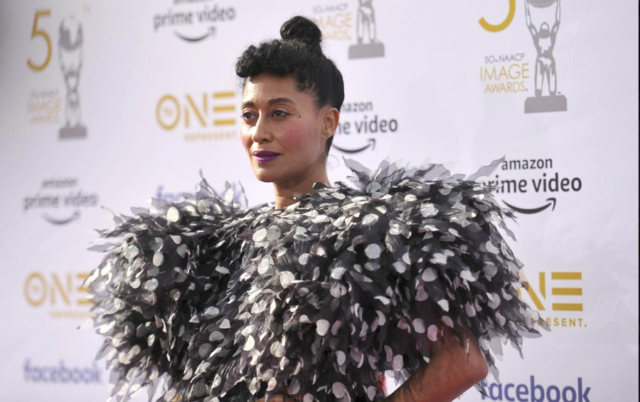 If I had any doubt about the importance of my role in ensuring my children are successful in the future, the 50th NAACP Image Awards cleared it all up. From the host Anthony Anderson bringing his mama on stage to celebrate her, to President’s Award winner Jay-Z shouting out his mom and aunt, the impact of moms was felt throughout the entire show.

I like watching awards shows to see my favorite entertainers outside of their normal element. The comedians are wearing suits and on their best behavior. The singers get a chance to show us how elegant they are when they aren’t dancing around a stage. We get a glimpse of the actors’ real personalities. Not only that, but I love how inspired I feel when I’m watching them.

The NAACP Image Awards is all about black excellence. The best of the best in our community are honored, and it makes for a very empowering evening. This year was the 50th year of the program, and I couldn’t not watch! I live-tweeted with a few of my AT&T Dream In Black blogger friends. We’re partnering with AT&T and spend Saturday evening watching out for some of our favorite Dream In Black honorees on stage and in the audience.

Even with all of my faves in the building, the gratitude showed to the mothers still stood out the most. As I watched the winner of Outstanding Actress in a Comedy Series, Tracee Ellis Ross in near tears talking about her great respect for her mother, the iconic Diana Ross, I was so moved.

All of the years of taking care of their babies meant something. Even thought I’m sure sometimes parenting was difficult, and balancing being a mom with working and having a career wasn’t easy, the moms did their best and it worked. Their children grew up to truly be their best selves, and the best part is, they don’t take for granted the contributions their mothers made.

Jay Z said that his mother and aunt never let him settle. They encouraged him to ask himself, “What can I do?”

As the mother of two black children, I want nothing but success for my kids. As tempting as it is to jump in and take care of everything for them, it’s more important for me to give them to tools to do things themselves. Confidence comes from trying, failing, and ultimately figuring it out. That’s what all of the nominees and honorees had in common last night. They all had the confidence to put themselves out there. And it paid off.

After watching the 50th NAACP Awards, I’m motivated to be even more conscious of my words and actions around my children. I’m creating the blueprint for their future right now.

Feeling as empowered as I am? Head over to AT&T’s Dream In Black platform to be inspired by the creativity and innovation of the visionaries who are making a difference and empowering us all.