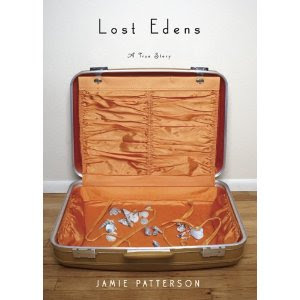 It’s really hard to find words to express what it feels like to be in a relationship where you are respected and adored. Not just loved, but adored. Believe me, there’s a difference. The feeling is just…man, it’s just so different. In the past, I had gotten so used to being treated a certain way, or not being treated a certain way, that when I met a man, when I met my man, it was almost like I had never been in an adult relationship before. Yeah, my man is all that.

He isn’t all that because he completely spoils me (which he does), or because he never lets a day pass without telling me how much he cares about me (he does that, too). He’s all that because he cares enough about me to take the time to share with me what he needs in order to be at his best in our relationship. He listens to what I need, and, although I know it has to be challenging sometimes to deal with my hormones quirks, he tries. And he compromises. I see him growing because of me, and I feel myself growing because of him, every single day. We are in a relationship. Like really.

I’m not trying to brag. I’m really not. But shoot, even if I was, I’ve earned the right to brag after all of these years. The guy who cheated on me and then cried when he got caught, the one who claimed he wanted to marry me but wouldn’t tell his crazy ex-girlfriend (now wife) to stop calling me and hanging up, the one who bristled whenever I tried to hold his hand and made me feel asexual. Yes, honey, if I was bragging, which I am not, I have worked for these rights. Worked!

One thing about all of those relationships, though, is the common denominator was me. It’s true, some of the men were just crazy as all get up, but with each of them, there were clues that gave me a hint into who they were, and what I would be up against. In most cases, I chose to ignore the early clues. Maybe I was lonely at the time, or my self-esteem was low, or I was just being lazy, but whatever it was, my choice to stay, was my choice, and my hurt feelings or broken heart were a result of my poor choice. I wasn’t thinking that I deserved more than what I was getting, I wasn’t thinking that I was all that.

Okay. Maybe I am bragging. But I’m all that, so it’s alright!

In Lost Edens, author Jamie Patterson struggles to save her marriage which may or may not be already over. Keeping her attempts a secret from her family, she attempts to mold herself into the wife her husband wants her to be. As a member of From Left to Write book club, I received a copy of this book for review. You can read other members posts inspired by Lost Edens by Jamie Patterson on book club day, October 27 at From Left to Write.

Previous Post: « Making a Boo Bag with my Boo! And a Movie, Too!
Next Post: Time for My Birthday »