You are here: Home / health / My Life, My Myomectomy
0 shares 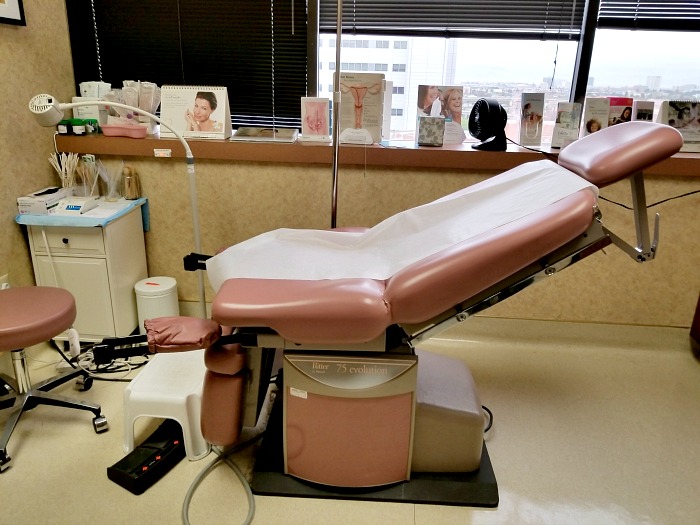 A few years ago, after visiting a doctor about painful menstrual periods, I was diagnosed with uterine fibroids.  The noncancerous tumors are harmless if you can deal with the excessive bleeding and terrible cramping once a month during your period.  Unfortunately, the fibroids that I had were significantly affecting my quality of life every 28 days to the point that it was a challenge to get out of bed for most of the week. In 2007, I had a simple hysteroscopic myomectomy and had several fibroids removed which made a tremendous positive difference in my life.

Fibroids do grow back, and by the time I became pregnant with Ayva in 2009, they had done exactly that.  The greedy tumors thrived on my pregnancy hormones, and sucked the life out of me.  I was severely anemic, and didn’t even have the energy to get dressed on most days.  I experienced chronic pain and cramping which led to nearly 40 hospital visits, including a brief stay in the months before Ayva was born.  The gigantic fibroid blocking my birth canal ultimately became the reason a c-secion was planned before I even know the sex of the child I was carrying.

Once I had Ayva, things weren’t much better.  There were moments when I would be stopped in my tracks due to the fibroids crushing some useful internal organ, or pushing down on an unmentionable and making it impossible to move because of the pain.  It didn’t matter if I was on the street, riding the bus, in a meeting…it was uncomfortable, unpredictable, and really embarrassing.

I decided to have them removed again when the pain started getting to me mentally, and I began to feel sickly and hopeless.  In 2012, I had a myomectomy via laparotomy, a procedure where a surgeon makes an abdominal incision and removes fibroids from the uterus.  My surgical team removed 2 huge tumors (11cm and 6cm) and several smaller ones.  They said that my uterus was the same size as a 15 week pregnant woman’s.Unlike the other procedure, this one required a stay in the hospital, a huge cut down the center of my belly, and a 4 – 6 week healing period.   It was very different, and I am very different in 2012 than I was in 2007.

In 2007, I knew I wanted to have children eventually, but the thought of infertility really wasn’t a thought.  I wasn’t scared at all about going under for a little bit, and the 1- 2 week recovery period was more like a vacation than anything.  This time, I had to make sure arrangements were made for Ayva in the event that I didn’t wake up, and that they were made for her while I was in the hospital, and then when I got home that there was someone to look after her.  I have more responsibility in my job, and it’s our busiest season, and a new job, and it’s busy there, too.  I worried about something happening during the surgery and losing any chance of having another child.  And then there’s the stuff that I worry about that I haven’t shared with anyone, yet. It was all very overwhelming. It is all very overwhelming.

The thing it does, though, is call to mind the importance, and the blessing, of good health.  Being confined to my bed or a recliner chair is no fun.  I don’t often exercise, but this morning, all I wanted to do was get out of my chair and dance.  I have a strong urge to sign up for a 5K, and I was checking out local yoga classes online this weekend.  Now that I can’t move, it’s all I want to do. I’ll never take my mobility for granted again.

We don’t know exactly what causes fibroids.  We do know that Black women get them at a higher rate than other races, and that their growth has been linked to excessive estrogen.  When folks makes fun of me because I have too many rules about the way Ayva and I eat, the soap that we use, or the chemicals that we don’t, I don’t care, because I know that every little bit truly does count when you’re trying to live a healthful life.  And, unfortunately, I’m experiencing, right now, what can happen if you don’t.

Previous Post: « They Listened To Me: My #LTYMShow Experience
Next Post: 2 Children’s Books for Single Mothers (On Days When They’re Feeling Low) »