You are here: Home / inspiration / Mommy Was There
0 shares

Last week was crazy. I spent most of my days with a knot in my stomach and my head throbbing with pain because of the stress of feeling like I needed to be two places at once. A huge conference for work that I was presenting at for the first time was happening 45 minutes away from my home, but Ayva was also in summer camp. Things at work were incredibly busy, and Terrence’s work is not flexible at during the summer. I was on the hook for trying to figure everything out, and I totally felt it. Although I really only needed a plan for Thursday and Friday, it wasn’t until Friday night at 9 PM that I finally felt like I could breath again. Looking back, I’d totally do it again.

Speaking at the conference was a big deal for me. I wanted to take the time beforehand to relax and relish in the opportunity, but with Ayva’s summer camp performance on the evening of my day to speak, I spent the hours before racing around trying to just get there. After my workshop, I raced out to get back to the performance. I never even had time to decompress. The entire time I was wondering if I should have just missed the show (as some folks suggested), or have Ayva miss it because it wasn’t a big deal (as other folks suggested).

But then this happened: 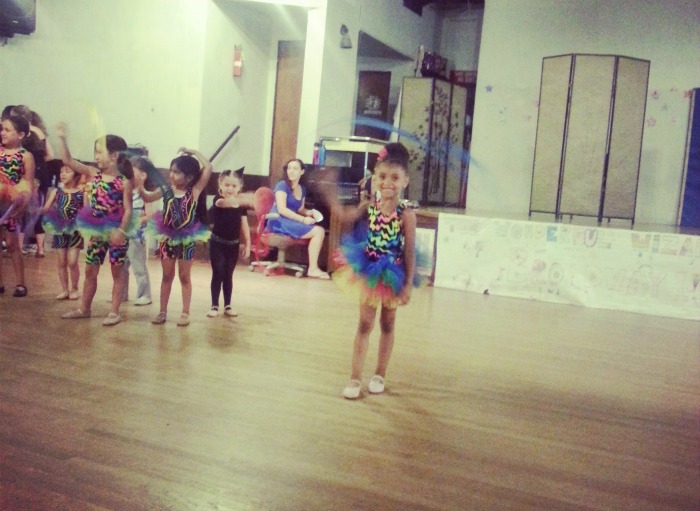 And I realized, once again, that even though Ayva probably doesn’t realize the sacrifices and stress that made up all of last week, she doesn’t need to. All I want her to do is remember that her childhood was awesome,  and that summer camp performance or Broadway show, her Mommy was there.

Previous Post: « What To Do When Your Husband Is Fine
Next Post: How Not To Freak Out About Kindergarten »