You are here: Home / Uncategorized / The Mary Poppins Returns Kids are Practically Perfect In Every Way
0 shares 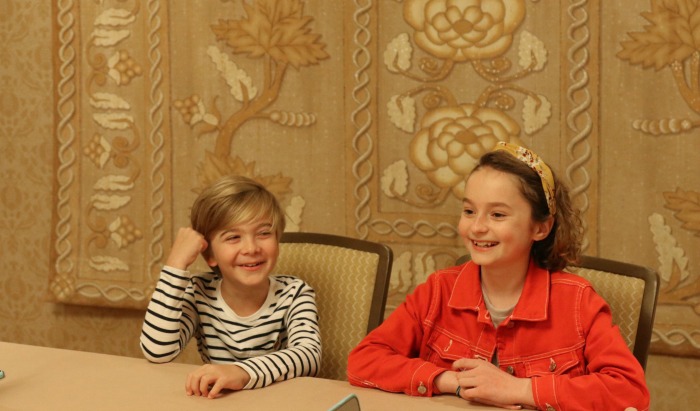 It’s been said a million times that working with kids and animals is the hardest part of show business. After meeting Pixie Davies (‘Anabel Banks’) and Joel Dawson (‘George Banks’) who star in Mary Poppins Returns, I don’t believe that to be true at all! These children are absolutely delightful, and their personalities shine in their roles.

I had a chance to interview Pixie and Joel recently about the film. It was great to hear their insights about the film, and I was inspired to be sure I’m staying intentional about helping my own children follow their dreams. Read more about what Pixie and Joel had to say about working on Mary Poppins Returns.

Meet the children who star in  Mary Poppins Returns

How did you feel when you found out you got the part in the movie?

Pixie Davies:  I thought I was gonna burst.

Joel Dawson: My agent already knew so she came over and as she was there, then Rob Marshall called me and he said “we want you to have the part.”  I had it on speakerphone and everyone was just so silent and my eyes were watering.  My mum was squealing after the phone call.

What was your favorite scene to film in the movie?

Joel Dawson: I really liked the part when I had to dive through the bushes and then got dragged along by the kite.  That was a really fun scene.

Pixie Davies: I think it was Tripping the Light Fantastic because it was just incredible watching the dance.  It just gets better every time.

What was it like to work with Rob Marshall?

Pixie Davies: He’s such a lovely director, honestly.  He is the nicest man.  He’s so helpful because if you don’t really understand the note then he’ll explain it a bit more. He’s just such a nice, lovely man. 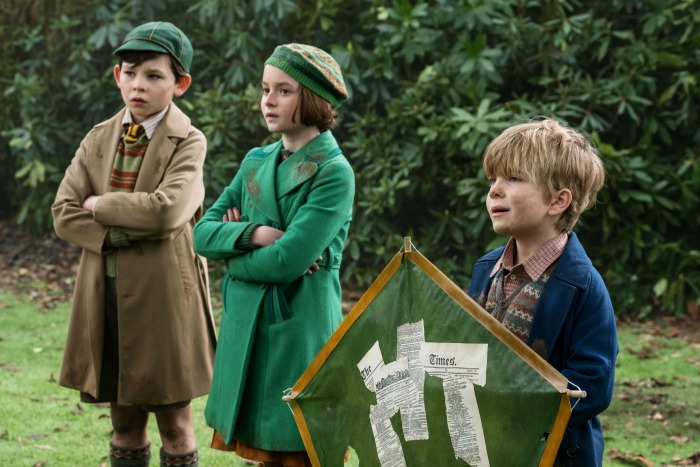 After the film was completed, were there any surprises when you watched it?

Pixie Davies: Yeah, the green screen because you don’t know what to expect, ‘cause you’re in a green room. Then you watch the film and you’re like oh, that’s so detailed.  And even if you were, like on Topsy, there are things on the camera that it picks up, that you don’t pick up in your eye. You watch the film and you didn’t realize that was there. Then sometimes it’s just a bit of a surprise ‘cause if you were actually there then it’s a bit confusing if you see something that wasn’t there.

What did you think of the costumes you wore in the film?

Pixie Davies: They were beautiful.  They were. I really liked them ‘cause I like dressing kind of funky. It was really awesome wearing some really cool clothes from another century.

What advice would you give other kids who want to go into acting?

Pixie Davies: If you really want to pursue it then just do. Honestly it’s the greatest feeling when you’re on set, and it just gives you that buzz.

Previous Post: « Rob Marshall is the Secret Magic Behind ‘Mary Poppins Returns’
Next Post: Meet the Musicians Who Made Mary Poppins Sing »