You are here: Home / Uncategorized / Lin-Manuel Miranda shares what inspired him in creating his character in ‘Mary Poppins Returns’
0 shares 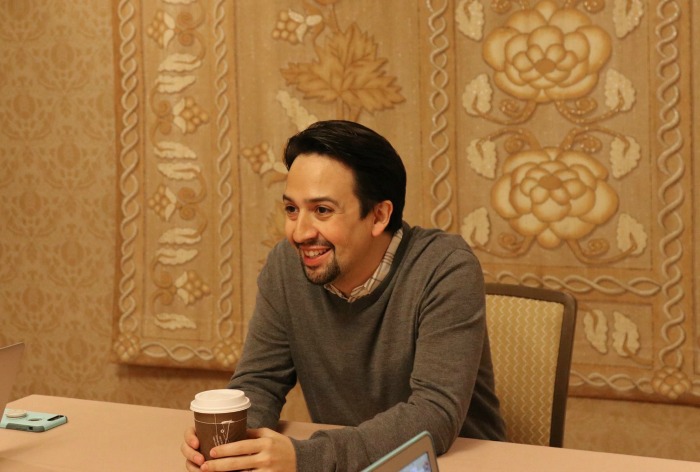 Lin-Manuel Miranda is just as charming as you would expect him to be. Even while dealing with throat issues, he was gracious and kind to my group of 24 blogger friends and me as we interviewed him a few hours before the world premiere of Mary Poppins Returns.

Most folks know Miranda as a musical theater guy, and truthfully, I fell in love with him in Hamilton. His new role as Jack the Lamplighter in Mary Poppins Returns is giving old Alexander Hamilton a run for his money, though! The character is like a big kid, an adult who still believes in magic and who is always up for an adventure. Totally my type of guy!

Here’s what Lin-Manuel Miranda had to say about creating his own version of Jack and working with Emily Blunt, director Rob Marshall, and Dick Van Dyke himself! 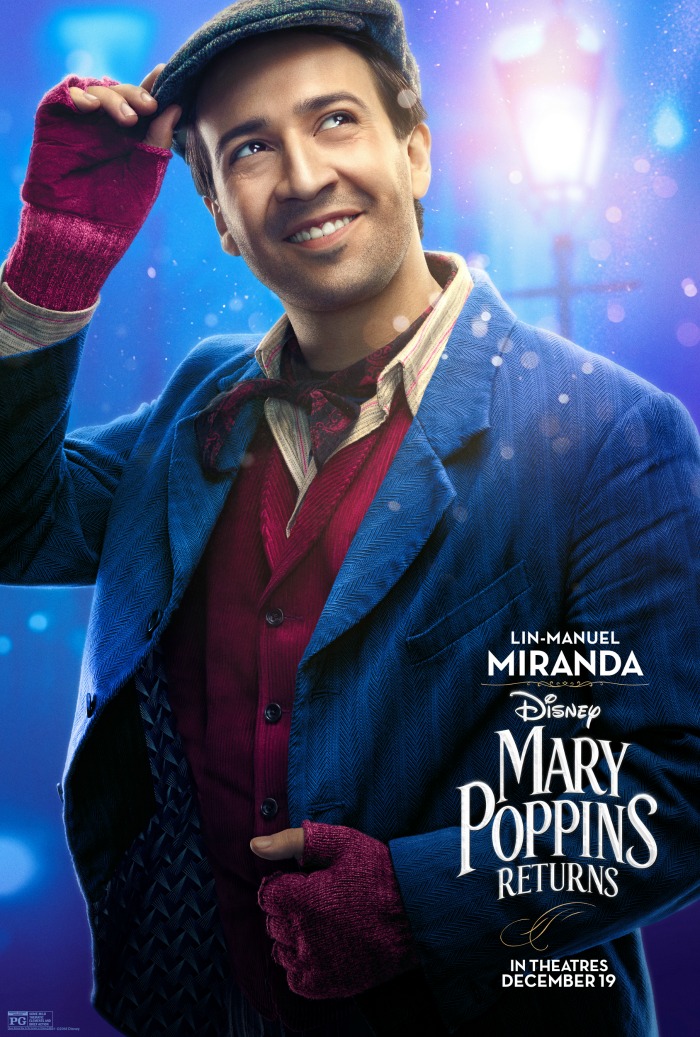 Lin-Manuel Miranda on his role in Mary Poppins Returns

As a creator, what was it like to perform work that you didn’t write?

Lin-Manuel Miranda: It is the fruit of the harvest. I started writing In The Heights because I very quickly realized at age eighteen that no one was gonna write my dream musical. That I did not have the ballet training to play Bernardo in West Side Story. Or Paul in A Chorus Line. If you’re a Puerto Rican dude that’s all you get.  In The Heights really was the beginning of creating my own opportunities. Hamilton is an extension of that.

And then to have Rob Marshall call you and tell you, you know, it’s Emily Blunt as Mary Poppins and I’m the only other person he has in mind and we’re gonna build from there, it felt like the fruit of the harvest. The harvest I began when I was eighteen years old.

How is working on a film different than musical theater?

Lin-Manuel Miranda: You finish the eight minute dance number and you wait a year and a half for applause. But honestly, you’re trying to tell the truth on stage and you’re trying to tell the truth in film. The difference is the energy source. Doing eight shows a week is a yoga. You’re gonna hit the same positions every night but you’re gonna hit ’em differently depending on your energy, the audience, you’re fellow performers. And you have two the next day.

The energy source in making a film is, especially a film like this, today you’re dancing with penguins. Tomorrow you’re singing with Meryl Streep. Friday you’re shutting down Buckingham Palace with 800 bikers. And you’re not coming back. We’re not going back to the penguins next week. You don’t get two shows a day with Meryl Streep tomorrow. So the adrenaline source becomes this is a once-in-a-lifetime moment and you have to be completely present. It just shifts from the audience to the sheer one-of-a-kindness of it. 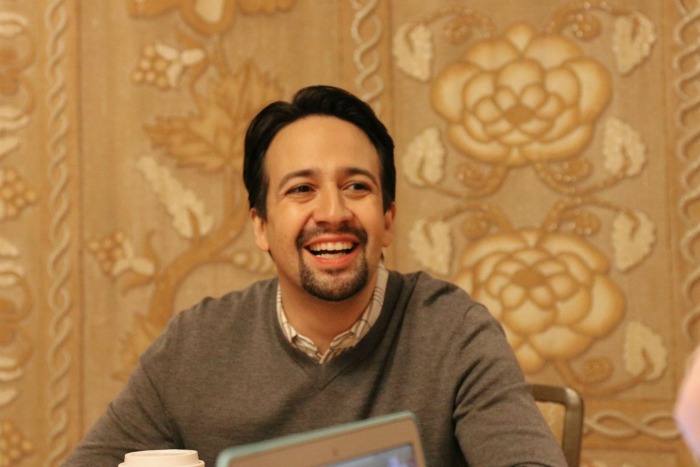 You’re playing an iconic role originally portrayed by Dick Van Dyke. How did you perfect the accent?

Lin-Manuel Miranda: Well, what I realized going in was that no matter what I did my accent would be scrutinized for the rest of my career if Dick Van Dyke is any indication. But the fun of that is, you know, music is sort of my catalyst for everything. I had an amazing dialect coach named Sandra Butterworth, which is a very Poppinsian name in and of itself. She became my closest friend and ally on set, whispering in my ear between takes.

And also music. She realized that music was my way in. So it was not just listening to music sung in the east end Cockney accent, it was music in the 1930s. Because it’s not just about the part of the world, it’s about the time of the world. It’s about the when as well. So I listened to a lot of Anthony Newley, who was a big sort of music hall star who then also wrote a Broadway musical called Stop the World, I Want To Get Off in the 1960s.

But I listened to a lot of his early stuff and that was my sort of north star for the accent. 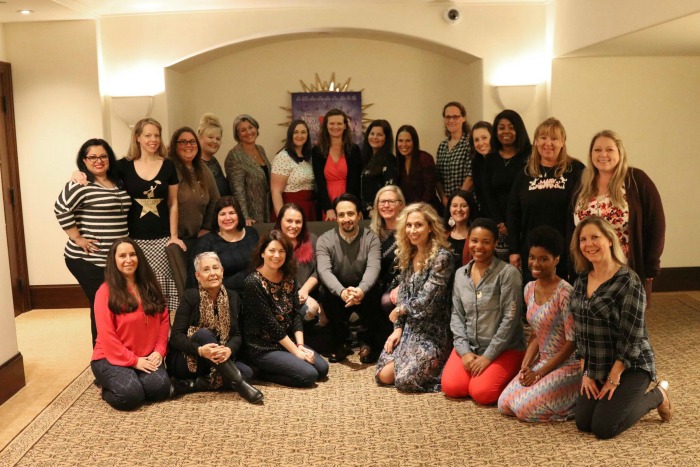 How did being a father inspire you in this role?

Lin-Manuel Miranda: I was inspired by my son. You know, we made this movie just, we started making it right when my son was turning two. He was just gaining language. The biggest note Rob Marshall gave me is that all the other grownups forget what it’s like to be a child except for Jack. So my biggest research was watching my son play in Princess Di park in Kensington Park in London, watching his boundless imagination.

We are all born with that. I think we’re all, that’s inherent in us until life does what it does. And so you know, that was my secret weapon in finding Jack. I had a two-year-old research assistant who kept me childlike and kept me in that mode.

Can’t wait to get into the Mary Poppins Returns spirit?

Check out these fun Mary Poppins  Funko POP! collectibles including ones of Jack.  Take a look at them all and purchase your favorite from Entertainment Earth! 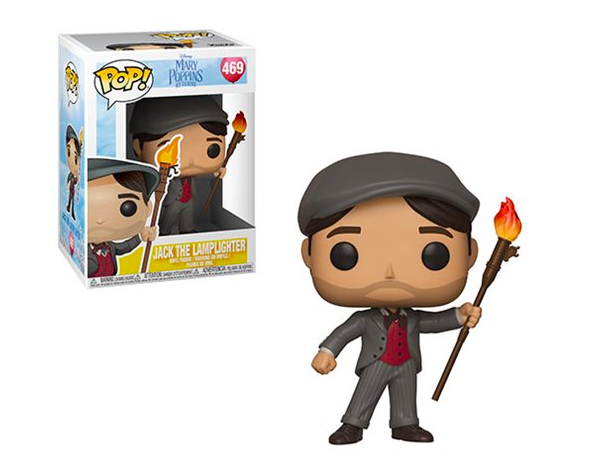