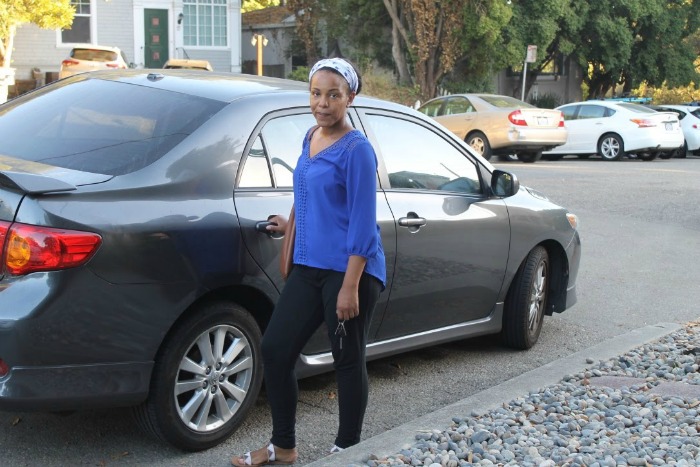 There was a time in the not so distant past where I had a problem telling people no. I was a huge people pleaser, and I’d do whatever it took to make people happy, even at my own expense.

The worse part of all of that is I would literally give my entire all, and some folks didn’t even appreciate it.

They took me for granted, and as they moved on to bigger and better things, I was left alone to clean up the mess of my life that was created because I was always saying yes.

Thankfully, after lots of trial and error, lost friendships, and inner turmoil, I learned how to say no.

I was watching Oprah on television years ago, and she said “No is a complete sentence.”

Well, of course that worked for Oprah. She was Oprah. No one would be dare stop wanting to be friends with Oprah because she told them no!

At the time, I couldn’t imagine ever just saying no to someone. At least not without a ton of explanations and apologies.

I deserve people to love me for me and not what I can do for them.

The biggest problem was that I didn’t believe in my own value. I didn’t think I was worthy of love or friendship unless I was giving people what they wanted. It’s almost like I was paying for people to care for me.

I did a lot of introspective work, healing from the pain of feeling that way, and working to build my self-esteem.

At this point in my life, I know and believe that I deserve people to love me for who I am, not for what I can do for them.

Saying no isn’t that hard for me anymore. After a couple of years of practice, I’m not quite an expert, yet, but I’m definitely getting better at it.

I’ve learned how to be more effective when saying no, and can turn folks down kindly and with grace.

Just because I say no, it doesn’t mean that I have to be a jerk about it, you know?

How do you say no to someone you care about?

The most important thing I learned about saying no is to use as few words as possible.

Once I realized I was using more words to turn someone down than they used to ask me for something in the first place, I knew I had to dial it back a little bit.

Keep it concise, don’t make apologies, and don’t feel like you have to offer an alternative for them.

How do you say no to someone you don’t know that well?

People I didn’t know that well were my biggest challenge at one point.

Why was I stressing out over not being able to do something for a person I wasn’t even friends with?

Remember that people pleasing I mentioned? That.

Now, I know that I don’t owe anyone a long drawn out explanation for my choice not to say yes, and I definitely don’t owe it to virtual strangers.

At some point, we have to stick up for ourselves and not let other people dictate how we spend our time, energy, or money.

I am not willing to be drained by everyone around me and not have anything left for myself, my husband, or my children.

Saying no is the way I care for myself and my family, and they are always worth it in my book.

This is the biggest thing I deal with, yes, even going broke for people! I am glad that you are learning to say no!