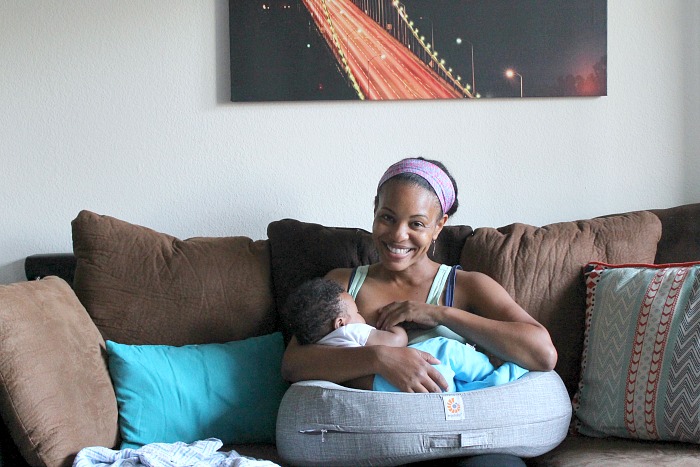 There was never a question about whether or not I would nurse my baby. Nine years ago, when I had my first child, breastfeeding came naturally to me. Baby girl latched on quickly, and we experienced 19 blissful, milk filled months of nursing. I had a feeling things would be different this go round. I’m quite a bit older, and I know that each child is different. Before my son even came into the world, I started going through the five stages of learning to breastfeed.

Before I started nursing, I started planning to breastfeeding. Stage One is where most of the nursing research happens. Reading about cracked nipples, tied tongues, and babies who won’t latch can make a gal feel super nervous about the responsibility of feeding a baby. The best way to get through this stage is to trust that you’ve learned all that you can, and try to relax before the baby arrives.

Once you actually start nursing the baby, the anxiety starts to creep in. I was worried that my baby wasn’t getting enough milk, and that he was nursing too often. My nipples weren’t used to having a hungry infant on them, so they were sore and made me nervous about putting him on. I had so many concerns that I called the doctor’s answering service and lactation counselor several times during his first week of life. They were used to it. Keep a lactation counselor on speed dial during this stage. You’ll need it.

After several nights of my son crying and trying to latch on for an hour each time I nursed him, I was ready for a change. I took a deep breath, literally counted to ten, and placed him on my nipple. I was determined that nursing was going to work out, and that it wasn’t going to continue to stress us out. It took a few more days of breathing and pushing through the anxiety for nursing to become second nature to us, but we did it. We really did it!

Once I got the hang of nursing baby boy, my confidence soared. I could leave the house because I knew how to manage if he got hungry while we were out! We were on a schedule! I could pump and make bottles because now I know how to nurse! I could barely even remember the apprehension I felt in the beginning of this process. The memories of my baby screaming for milk for upwards of an hour while I struggled to get him to latch are just about faded away. I was 100% a breastfeeding mama.

Stage 5 – I AM A NURSING GODDESS. I NURSE BECAUSE I AM.

The other morning, I woke up and my son was latched on to my breast. I remembered putting him on a few hours earlier, but I had no recollection of pulling him off. Was he latched on for hours? Did he unlatch and find my nipple again on his own while I was asleep? I have no idea. I’m so good at this breastfeeding thing that I can now do it in my sleep! That, my friends, is a nursing goddess!