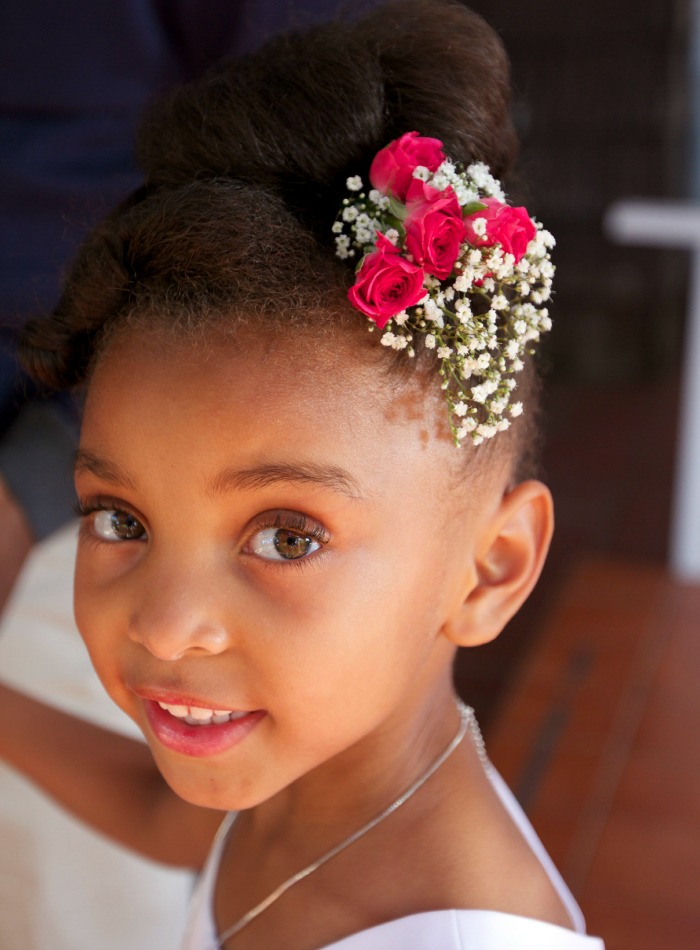 My 5-year-old is a tutu wearing, princess loving, twirling, dancing, glittery girl. She loves getting her nails polished, anything with sequins on it, and never met a piece of jewelry she didn’t like. When she played soccer in the fall, she did pirouettes and leaps down the field, and was more interested in talking to her friends than scoring a goal (although she did score quite a few in the season!). She couldn’t care less about The Ninja Turtles or Spiderman or Batman, but Cinderella, Tianna and Belle? Oh, those are her boo thangs! Pink and purple are her favorite colors. She is, without a doubt, the absolute definition of a girly girl, and I’m totally okay with that.

Over the last few years, in society’s effort to keep up with the times and be inclusive when it comes to girls, there’s been a huge focus on celebrating differences and highlighting so-called alternative personalities. I’m referring to the little girls who would rather play in dirt than in glitter, who play with balls instead of dolls,  or who would die before being caught in anything pink. Those little girls, the “tomboys”, are called out for being awesome and featured in news articles, folks are making memes out of their images, and they’re put on a pedestal for breaking gender stereotypes. It’s as if the less “girly” a girl is, the better.

What I’m not cool with is diminishing the girls who do love princesses, pink dresses, and ponies.

I mean, all of that is cool, and I’m always down with celebrating a little girl and letting her know that she’s special. What I’m not okay with is diminishing the girls who do love princesses, pink dresses, and ponies. Let me tell you, my Ayva is a smart, creative, expressive, kind and sweet child. I don’t know if she’ll grow up to be an engineer or a fashion designer, but I do know that she has the potential to be either one of those things, and both of them are pretty awesome careers to aspire to if you ask me. I get the importance of introducing girls to STEM activities, but I also know that not every child is going to be interested in, or even good at STEM activities. And what happens when I push Ayva into robotics camp because “that’s what smart girls do”? Imagine the hit her self esteem would take knowing she’d much rather be in a dance studio than in a lab, but Mommy, and society, say it’s not good enough.

And, can I be honest for a minute? A lot of times, this gender thing really has nothing to do with the kids. There’s no data that proves that tomboys are happier than girly girls. The truth is there is a residual spotlight on us moms when our children are extraordinary, so some of us try to shape our children in a way that will make ourselves look more special or unique. You’re raising a girl that rides motor bikes? Cool! I’m raising a daughter that makes up THE best stories with her stuffed animals. Equally cool! One day she might be the head of a movie studio. Or a blogger. Again, both jobs that are worthy of aspiration.

How about this, if we’re going to celebrate differences, let’s really celebrate differences. Instead of sticking our girls into the Girly or Tomboy group, and trying to make it easier for us to categorize them, how about we let them be exactly who they are, period. Let’s stop looking at the package our girls come in, and worrying about whether it’s covered in camouflage or glitter, and spend more time helping them to know their worth and be brave and strong, no matter if they’re into dirt or dolls.

I'm not a parent, but I will share with you what my mom and dad told me and my sister (my only sibling, btw). They didn't care what we were interested in, as long as it made us happy. The reason we didn't have Barbies when we were little was because we never asked for Barbie dolls for Christmas and birthdays. We asked for Care Bears, My Little Pony, and Rainbow Brite, but if we had asked for a Hot Wheels car, or a Transformers toy, they would get us a Hot Wheels or a Transformer. They wanted us to grow up being individuals, and happy the way we were. They never told us that we had to conform to a gender stereotype. If we wanted to do something, they would let us. If we wanted to take ballet lessons, they'd let us. If we wanted to play football, they'd let us. This is how I feel ALL parents of girls should be. They should listen to their daughters' wants, and let them be who they want to be. If they want to be a fashion designer, or a teacher, or a nurse, or even a housewife, great! If they want to be a doctor, an engineer, an astronaught, or a nuclear physicist, that's great, too. It's not important to be a girly girl or a tomboy. It's important to BE YOURSELF!

I love this so so much and it has really provided a ton of insight for me. My daughter is only 2 but I often catch myself trying to stop her from being overly girly. I've never called her a princess (and would get mad when other people called her that) and buy her trucks, superhero thangs and blocks vs dolls. But the fact remains...while she loves those things, she really likes the color pink and is such a girly girl...who also likes to play in dirt. This IS okay. She doesn't have to be one way or another so thank you to you and this post for helping me realize this. :)

Yes, Brittany! I Was like that in a way, too. Trying to make her be who I want her to be. But she's good. She's happy, healthy, and I know now that my support of who she is authentically means the world to her!

Giggling because with all your mention of STEM, your ads are all tech museums. Your glitter girl rocks!

Haha!!! I know. Google Adsense has a sense of humor! Now if only I could find a glittery coding camp...:-)

My daughter was very much a girly girl when she was little. She insisted on wearing dresses until she was in 3rd grade. Everything was princesses, pink, and glittery. That same little girl is now 12 and is often mistaken for a boy because of her short haircut, t-shirts, & jeans. Now everything is Doctor Who and periodic tables.

Let your girls be free to explore the possibilities and be anything they want. There is no rule that says that rocket scientists can't wear pink Louboutins.

I love this, Kuleen! The main thing our kids need is to know that we love and accept them and think they're great NO MATTER WHAT THEY"RE WEARING!!! Thanks for the great comment!

Yes, yes, yes! I have twin girls. One likes to dabble in her brothers toys and is happy in anything she wears but the other is just over the top obsessed with pink, tutus, tiaras and all that. With the messages out there, I often feel 'guilty' for letting her indulge in it. But my gut tells me it's okay! She can still do anything she wants, excel at any subject when she gets older and hold any interest. What she wears, what she likes and what she does for fun doesn't define everything about her. I don't like messages that go too far in one direction - the GoldieBlox doll commerical rubbed me the wrong way because while I understood the message, it almost makes it sound like you have a to choose a "side" ...that girls who want to wear heels, pink - can't think or be smart.

That's exactly my thoughts, Stephanie! Sometimes it goes too far and our girly girls are left out or made to feel like something is wrong with them!