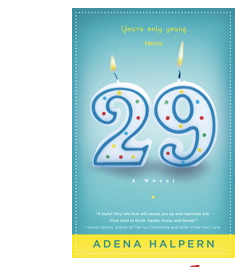 It’s pointless to make plans. Seriously. Life plans, 5 year plans…what’s the point? I don’t mean this in a negative, life sucks type of way. It’s actually more of a “you don’t even know what you’re going to know in 5 years so how can you plan for it” type of way. Don’t take this the wrong way, but no matter how much time you spend planning for something, if that some thing is not for you, or if it just isn’t your time, no amount of planning is going to make that thing yours. And guess what? That’s okay, because there is another thing that is going to be for you at just the right time! Whew…that’s a lot, right? Okay, let me give an example.

The other night, I was talking to my beau, and I said something about how I wish that we would have met years ago. Then I took it back. Years ago, he would have encountered a broken, angry young woman who had no idea how to nurture a relationship and help it to flourish. Years ago, if we would have met, we certainly would have been attracted to each other, but once we got past the initial attraction, and it was time to get real…that’s when we would have encountered some challenges. Challenges that would certainly not be conducive to the lovely, peaceful relationship that we have now. Basically, ya’ll, I was a hothead! I had real communication issues, lashed out when I was hurt, and would run away rather than deal with a problem. I wasn’t ready. It wasn’t our time.
The things that I have learned over the past few years, the experiences I have had, both positive and negative, have shaped me into being who I am today. I am, as I often say, a work in progress, and I am progressing. Every single day, I feel like I am evolving and growing. I still make mistakes, and, of course, I face challenges all of the time as a single mother, as a woman…shoot, as a human being, but the way that I deal with those mistakes and those challenges are different. I’m different.
Now, back to the issue of time and planning.
Five years ago, there is no way that I could have planned for my life as it is now. The mother of a beautiful daughter. In a relationship with one of the most considerate men ever. Having friends who love me enough to tell me the truth and be there for me. I never asked for any of this. Didn’t even know that these were things that I could ask for. But I was blessed with these things despite my not knowing. And my not planning. And, even better is I received them at the right time! I imagine that if I would have received the same gifts years ago…I wouldn’t have known what to do with them. I wouldn’t have been prepared for them. I might have even lost them.
I wonder what the future holds. I still dream and work towards goals, but I’m not planning. I’m going to be open to the gifts that life has for me, open to the surprises, and trust that when it’s my time to have what I’m supposed to have…I’ll get it!
*This post is inspired by the book, “29” by Adena Halpern in which 75 year old Ellie Jerome makes a wish to be 29 again for one day. I received a complimentary copy of the book as a member of the Left to Write Book Club. All comments and opinions of the book are my own, and I did not receive any compensation, monetary, or otherwise, for this post.*
Previous Post: « Pregnant Dream – Stream of Consciousness Sunday
Next Post: Teens and Condoms – What would you do? »