Hope & Fury: MLK, The Media and The Movement is now available for you to watch on Comcast Xfinity. Thank you to Comcast for sponsoring this post. 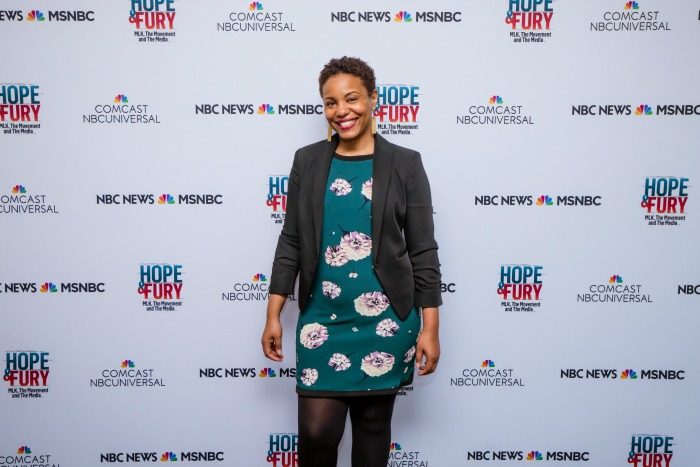 How will I use my influence for good?

This is the question that I ask myself every day that I wake up. As a blogger and a digital entrepreneur, I don’t take for granted the platform that I have to make a difference in the world.

This May will make nine years since I started my blog. In that time, I’ve shared about everything from being a single mom and later finding love, to suffering from depression and healing from past trauma. This is my space to tell stories that I hope resonate with people and make them feel like they’re not alone. That’s what the media does. Blogs, newspapers, television, movies, and yes, social media connect us and help us to become more aware of the world around us.

I learned from the best. African-Americans have a tremendous history of chronicling our experiences in this country, good and bad, in the media. Many movements were started because black folks have been masters of communication for a long time. 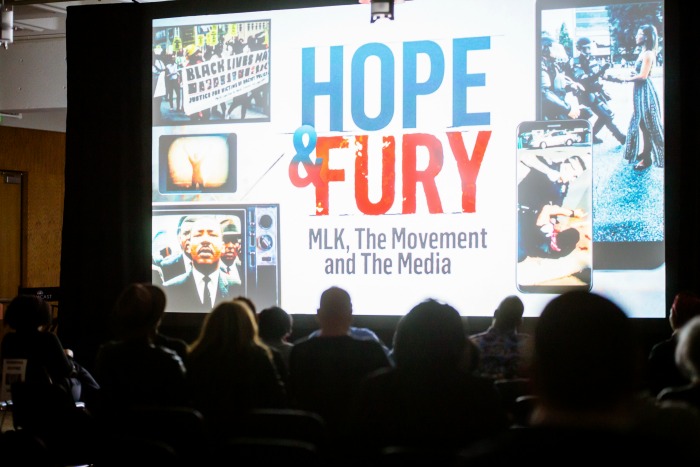 Last week I was reminded of our deep history with the media and making change as a guest at the Comcast sponsored viewing of the documentary, Hope & Fury: MLK, The Movement and The Media followed by a panel discussion. The event was hosted at Merritt College, the birthplace of the Black Panther Party, here in Oakland, California.

In addition to the film, we also were able to hear from distinguished members of the media. Two of the panelists, Dr. Amos Brown, Pastor of 3rd Baptist Church and the San Francisco NAACP President and Ms. Belva Davis, the first black female TV journalist on the West Coast made considerable contributions to the Civil Rights movement. They had even met Dr. Martin Luther King, Jr! Other speakers included host Marcus Washington, news anchor from NBC Bay Area, and Jabari Gray, Executive Director of YR Media. After a filling dinner of delicious soul food, the audience settled in and were serenaded by the Oakland Youth Chorus. Then things got real. 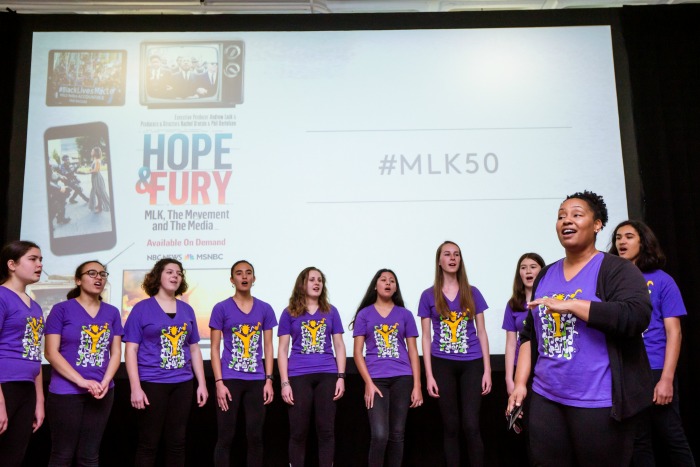 Hope & Fury opened with the video of Philando Castile, the black man who was shot by police officers while he was in the car with his girlfriend and child. Video from the dashboard cam showed how it was mere seconds after reaching Castile’s car that he was shot. His girlfriend started livestreaming, and immediately was able to take control of the narrative. The world was able to see, in real time, exactly what the cops had done to this man.

From there, the film goes into the Emmitt Till tragedy. He was the teen who was killed after being accused of whistling at a white girl. Till’s mother, Mamie, insisted on an open casket in order to show the violence against black boys, and even had his photographs printed in Jet magazine. The film likened her to being the world’s first “livestreamer” for using the media to show, in nearly real time, the horrific injustice her son had faced. 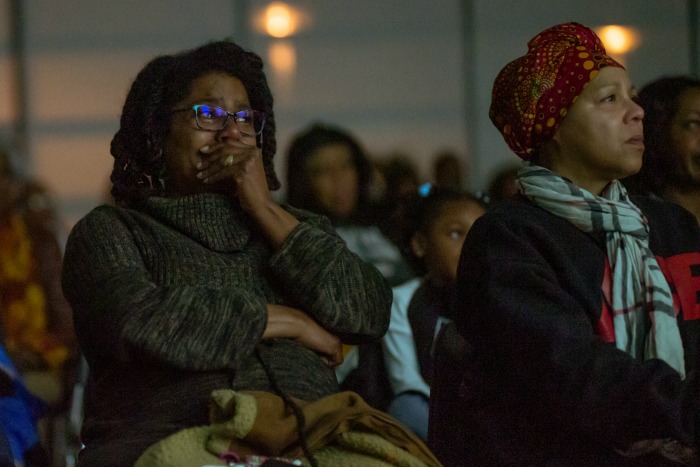 Dr. Martin Luther King, Jr. followed suit and used the media to spread the word of racism and discrimination. He understood the importance of optics and had children marching in their Sunday best clothing because he knew it would garner more support. Dr. King was strategic about getting national television coverage in his fight for civil rights. John Lewis said in the film, “Without television, the civil Rights movement would have been like a bird without wings.”

Freedom Riders writing letters before going on the road, the Montgomery Bus Boycott, the Civil Rights Movement, the killings of Mike Brown and Eric Garner at the hands of police—all of those events and more were explored in Hope & Fury. I sat in my chair and was simultaneously horrified by the treatment that was shown, and proud of the outrageous resilience of black folks in America. 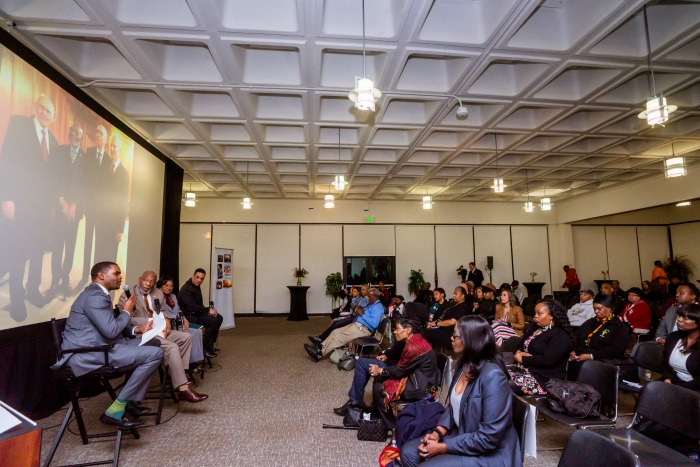 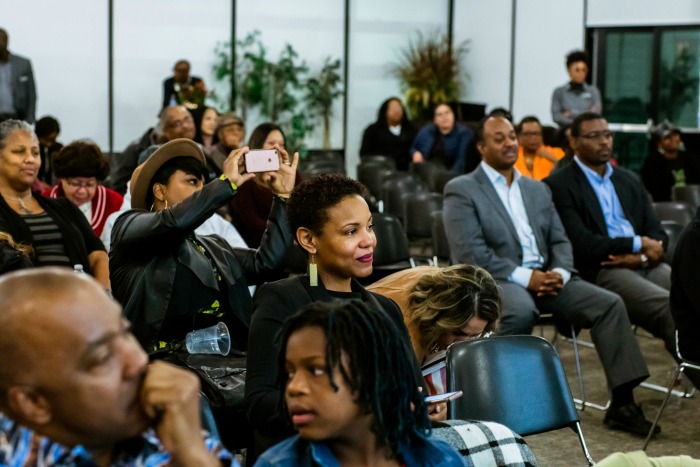 After I got home, I couldn’t stop thinking about the film. As Marcus Washington said, “The impact of the content of the movie will never leave you.” He was right. Even after years and years of studying black history in America, I had so many new ideas of ways to advance my people through the use of media.

The event was the perfect bookend to the end of Black History Month. Between the film and the panel, I was reminded about the importance of the media when it comes to sharing the history of blacks in America. Although it was the last day of the month, I felt like by the end of the event, everyone in the room was committed to making reflecting on and learning about the history of blacks in America all year round. We were all empowered to go forth and share our current experiences, and inspired to take charge of our own narratives.

And we have all of the tools we need. As Ms. Belva Davis said in the discussion following the film, “We need to use this new way of communicating in an adult way, passing on what we learn to have a broader view of the the world.”

About Hope and Fury: MLK, The Media and The Movement

How did Dr. Martin Luther King, Jr. and other leaders of the civil rights movement use the media to educate the country about racial inequality and injustice? The documentary, Hope & Fury: MLK, The Media and The Movement answers that question and features never before aired on network television videos from the era.

The film features journalists from the era and today, civil rights leaders, as well as activists and folks who lived the experiences. Even those of us who thought we knew everything there was to know about the  Civil Rights Movement will learn new information about the times thanks to personal accounts and rare archival footage and photographs.

From the murder of Emmett Till, Little Rock and Selma to modern-day events in Charlottesville and Ferguson, the film navigates the struggles of the civil rights movement in the 1960s and draws a straight line to a new generation of activists, including the Black Lives Matter movement. The documentary shows how protesters using social media today employ the same strategies as Dr. King and movement leaders when stark images of brutality moved a nation and made history. The film also highlights how today’s protestors communicate directly to mass audiences via digital platforms like Facebook and Twitter.

The documentary film was produced and directed by award-winning Producers and Directors Rachel Dretzin and Phil Bertelsen and narrated by Lester Holt, anchor of “NBC Nightly News with Lester Holt.”

The opinions expressed in this post belong solely to the participants, and do not necessarily reflect the opinions of the filmmakers, film owners, distributors and affiliates. This is part of a sponsorship with Comcast but the opinions are my own.