This post was sponsored by SONY through their partnership with POPSUGAR. While I was compensated by POPSUGAR to write a post about SONY, all opinions are my own. 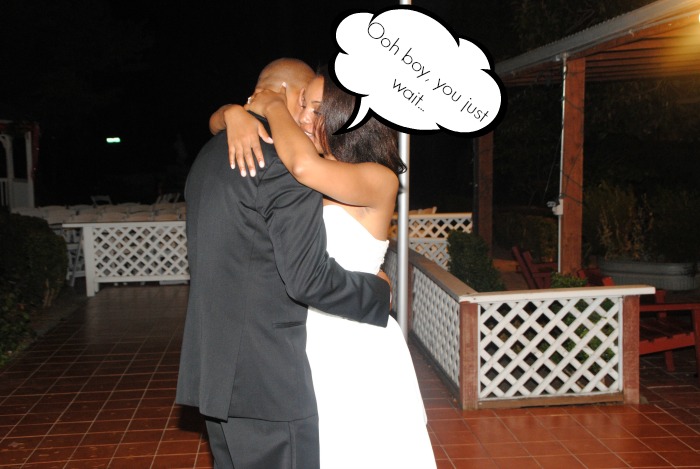 I had big plans for my honeymoon last September. Since my husband was so good about abstaining until our wedding night, I was going to knock his socks off. Demure but sexy undies with “Bride” in rhinestones on the back for our first night together, not at all demure lingerie for the rest of the nights, oh, I was going to put it on him! I spent the entire week before the wedding talking about what I was going to do to him, and even whispered reminders in his ear during the reception. Things didn’t exactly turn out how I planned, though.

Has that ever happened to you? Like, in your head, you are going to turn your husband OUT, but then it doesn’t happen? You know what I mean, like a seductive lap dance that ends up making you feel ridiculous, or a sensual meal that gives you both gas instead of loving feelings. Don’t worry, Ladies, it’s happened to all of us! The new movie Sex Tape starring Cameron Diaz and Jason Segel is the story of a married couple who, in an attempt to spice up their love life, decide to create a sex tape. When the tape accidentally gets sent to all of their family and friends, things really heat up!

Okay, so, back to my honeymoon. The day before my wedding, I started to feel like I was coming down with a cold or something. My best friends hooked me up with tons of medicine and hot tea to try to beat the cold before it became too bad and ruined my big day…and night. On the day of the wedding, I still wasn’t feeling great, so they gave me some heavy duty, chock full of vitamin meds that made me feel a new person. At least, for awhile. I was able to get through the reception, but by the time we arrived at our hotel later that night, the mucus had arrived and it was downhill for the next week!

My body felt like it had been punched all over by a bunch of angry little fists, and my nose would NOT STOP RUNNING! Oh, we consummated, for sure, but not without having to stop several times so I could blow my nose so that I could breath. It was disgusting, y’all. I felt so gross that there was no way I was putting on anything lacy and see-through (it wouldn’t have looked good with my glassy eyes and red nose anyway!). All of my Newlywed Seductress plans got pushed to the side as I slept my way through half of our honeymoon. Fortunately, I married the most amazing guy in the world who wasn’t completely turned off, and by the end of the week, we were able to make good use of the private jacuzzi on our balcony (bow chicka wow wow!).

Alright, so do you have a similar story? Leave a comment below and share it with me. I won’t judge you, I promise! Make sure you check out Sex Tape on July 18th in theaters. It’s a revealing comedy from the director of Bad Teacher, and I have a feeling you might leave inspired. Wink, wink.

Want to know what Cameron Diaz and Jason Segel say about Sex Tape? Read about it on POPSUGAR.

To see more content about Sex Tape the movie, get the custom magazine here: http://bit.ly/SexTapeMovieMag

This was hilarious, I've certainly had moments thought out in my head and when it was show time they didn't work out the same. lol

OK, so I feel like I wasn't allowed to read that, and even more like I'm not allowed to comment, but damn, Brandi. You're such a talented writer. Thanks for the laugh!

HAHA! Thanks for sharing. This is one of the first TMI posts that literally made me laugh really hard. On our honeymoon let's just say it's how I discovered that eating anything on cast iron makes me violently and grossly ill. And we only had one bathroom in our studio-style cabin.

So I've read this 3 times and had to share it with my husband this time around. I had the flu on our wedding night, so we didn't get to bow chick wow wow until a few days later. He was such a trooper, though. Treated me like a fever-laden queen. Ha!

Hilarious!!!! Now I really can't wait to see Sex Tape...thank you sharing that funny and sweet story of you and the hubs!!

This movie looks hilarious.. :) Yes, this was funny and sweet post.