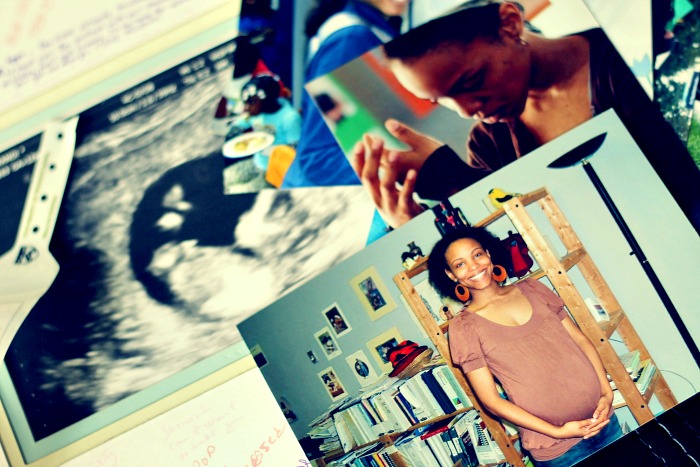 I’ve had two scheduled c-sections. This was my first experience.

It’s been a long time since I thought about the day I gave birth to Ayva.

It’ll be seven years in a few days, and a lot has happened since that Thursday morning when I first met my 8 lb. princess.

That morning was such a blur.

My sister, my cousin Natalie, and my mom drove me to the hospital for my scheduled scheduled c-section at around 5 AM. I remember trying to be upbeat and positive. I wanted to blast the music and get hype. Unfortunately, my cousin was in the very first weeks of her own pregnancy and was not in the mood at all!

I wasn’t sure how long the process would take. I sent my cousin and sister home and told them we’d call them when Ayva arrived.

My mom and I went to be checked in. Then a nurse scrubbed and disinfected my stomach to prepare me for the surgery. The night before I had talked to another nurse who told me to make sure to shower and put on freshly washed clothes and underwear to minimize any chances for infection.

She said that it was a small action that could make a big impact. The last thing I wanted was to get sick after having a baby, so I heeded her advice, and went into the hospital extra cleaned up.

What happens DUring a Scheduled C-Section?

After I was scrubbed down, they led us into the operating room. The anesthesiologist talked me through the pain meds. She made it very clear that I was not to move during the epidural.

She let me know that I should expect to feel some tugging, but that it was not the same as pain. If there was pain, I was to tell her. She helped me lay down, they placed a drape between me and the rest of the surgical team, and then they went to work.

A few minutes into the c-section, I felt a weird stiff pain in my shoulders and let the anesthesiologist know about it. I felt like it was traveling across my shoulders and down my back, so she gave me another shot. The pain instantly disappeared, and I didn’t feel anything except for some pulling down below.

After what seemed like a very short time, one of the doctors held a big fat white baby up and declared me a mother! Ayva was placed next to me. I couldn’t hold her, but I was able to kiss her and see her sweet little face up close.

I’m not really sure what happened next. Pretty suddenly, things changed, and the doctors all seemed to be in a rush. They told me they needed to take Ayva to NICU because they couldn’t regulate her temperature…I think. I’m not really sure because I was groggy with the meds and not really in my right mind.

I do remember asking my brother who had arrived while I was in surgery, and my mom to follow the baby and keep and eye on her.

I was taken to ICU after my scheduled c-section for the same reason Ayva was. The nurses placed huge heated blankets on top of me to try to bring my temperature up to normal. 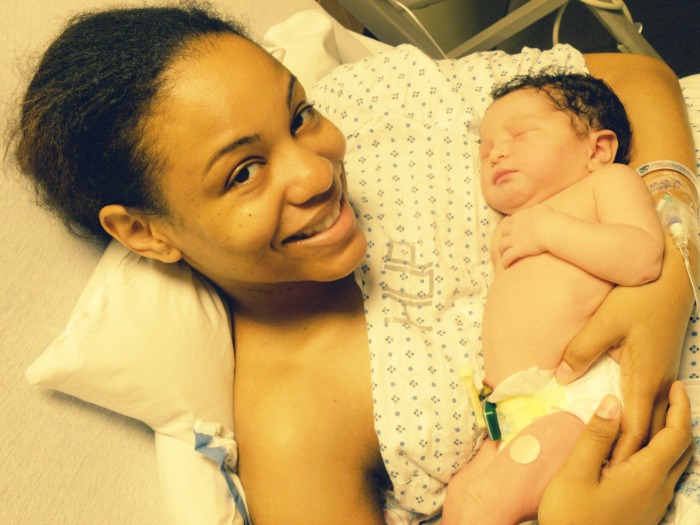 A few weeks before my c-section, the doctor called.

About 4 weeks before my scheduled c-section, I got a call from my OB-GYN. They told me to call the office immediately.

All throughout my pregnancy, I had difficulty completing even the most basic tasks.

Taking a shower took the wind out of me, I had to sit down after walking up a flight of steps. After complaining to my doctor and asking them to help me find a solution for weeks, a midwife finally stepped in and ordered blood tests.

She discovered that I was severely anemic and I had to go see a hematologist for an iron regime. The hematologist told me that had they not discovered the deficiency, it’s very likely that I would have needed a blood transfusion after having Ayva during my scheduled c-section.

Things started to look up that night, and I was moved to my room.

Ayva was brought in and then our guests started to arrive. We had at least a dozen people visit us on that first night and the day after. I was so grateful for the company.

Ayva knew from very early on that there was a village watching out for her. Loving her, and taking care of her.

There’s a lot about that first day of motherhood that I have no recollection of. There’s other stuff (like the nurse telling me that if I didn’t use the bathroom that they’d have to put a catheter in…and describing it) that I don’t really care to remember.

Thank you for sharing your special day with us, Brandi. An early happy birthday to Ayva, and happy mother's day to you in advance as well!

I love reading these birth stories, its so funny how everyone has such a unique experience of their own. I remember both of my childrens births so clearly. Reading this made me think back to my first born. Thanks for sharing.

That's a lovely story. I remember all of my births and pregnancies, but there is nothing like your first. Your daughter is beautiful and so blessed to have a village!