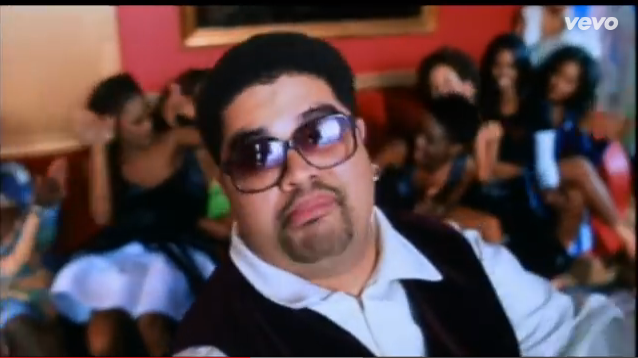 A few days ago was the anniversary of  the death of Heavy D, the Dapper Rapper.  With his passing, I was reminded that the era of my youth is long behind me. I remember jamming to We Got Our Own Thang when I was in middle school. Man, those were the days. Boys really wanted to be men. They wanted to be smooth and well dressed. And it was cool to dance. Like, real cool. In my middle school, even all the way in Germany where I lived at the time, groups of boys would form dance groups. They performed at pep rallies and talent shows to popular songs, replicating the moves that they saw on videos by groups like Heavy D & The Boyz, and the better they were at dancing, the more popular they were. Now, it’s like pulling teeth to get boys to dance.

Things were much simpler when I was younger. I could watch television with my parents. Shows like The Cosby Show and A Different World were safe. My parents didn’t have to worry about my sister and me picking up something vulgar or having nightmares from gruesome images. Even In Living Color, with its off color humor, was okay to watch, because its off color was nowhere near as dirty as some of the stuff that’s shown on prime time television now. I really miss that.

And, it’s not like things were perfect, they weren’t, but it seemed as if there were less outside factors trying to bring us down. Take women and self-esteem, for instance. In one of my favorite Heavy D videos, “Nuttin’ But Love”, the video is filled with tons of beautiful models. The difference between that and videos now, though, is that the models in Heavy D’s video were natural beauties. There was no silicone boobs, no booty implants…and the girls were wearing clothes! One of the models actually had bantu knots in her hair! Not a twist out, but the actual knots! A young woman who looked at that video wasn’t being exposed to a standard of beauty that could only be obtained by breast implants and a head full of weave. She could actually view videos and still believe that she was beautiful. I don’t even look at videos anymore because they make me feel so bad about myself. And I’m a grown woman with a fairly normal self-esteem. I can’t imagine what those videos make a young girl with no sense of self feel like.

Oh, and what about notes? I remember getting notes from my girlfriends, notes from boys I liked, notes from boys that liked me…I actually still have some of them. Text messaging will never be equal to folding a piece of paper up into a star, decorating it, writing “Peace, Love and Happiness” all over it, and handing it to a friend in between classes. It was such a rush to get a note! I’d wait for the perfect time to open it and read it, and of course, write back immediately, so they could write me back right away. Writing notes really helped to build character. We learned to articulate our feelings, and resolve conflict (ever had an argument via notes? Crazy! But safer than fighting. Or online bullying.) Kids don’t write notes anymore…and it shows.

Well, Heavy D is gone, my days of youth are over, and innocence seems to be dying a slow death. Let’s all vow to remember those times, though, and to give our kids a shot at the fun times we had when we were younger. You can start by getting up and dancing with them!