Even picky preschoolers love Rockit™ apples! Find out how to help your picky eater in this sponsored post. 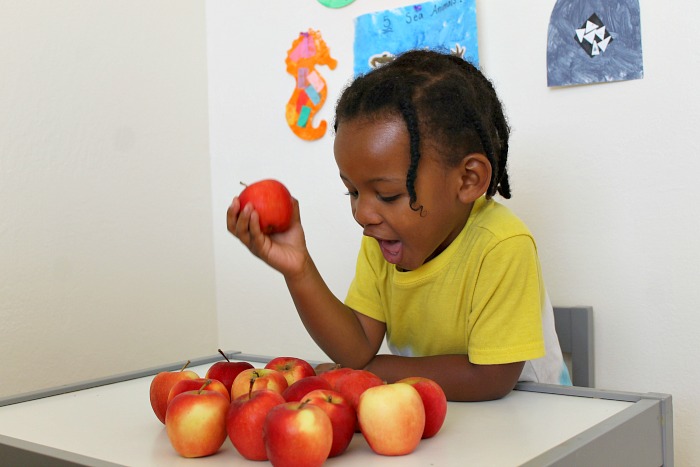 Do you have a preschooler who is a picky eater? So do I! It’s so hard to hear people talk about their little ones eating anything that’s put in front of them when my guy has about 3 foods that we keep on rotation.

I’m not going to lie, I used to feel jealous. And maybe even a little embarrassed. Like, what kind of mama am I that I can’t even get my son to eat? Although my daughter wasn’t exactly an adventurous eater, she’d mostly eat the food I cooked for the family every night.

My son is a little more stubborn.

Having a preschooler who is a picky eater isn’t actually that unusual, though. From the ages of 3 to 5, they’re learning what they like and dislike. They’re also testing boundaries and trying to have more autonomy over their lives.

Sometimes a picky eater isn’t about the food at all, but about the child making a choice for himself.

Once I learned that, I stopped feeling ashamed of having a picky eater and have been able to expand my little guy’s palate. Here are some of the things that have worked for me: 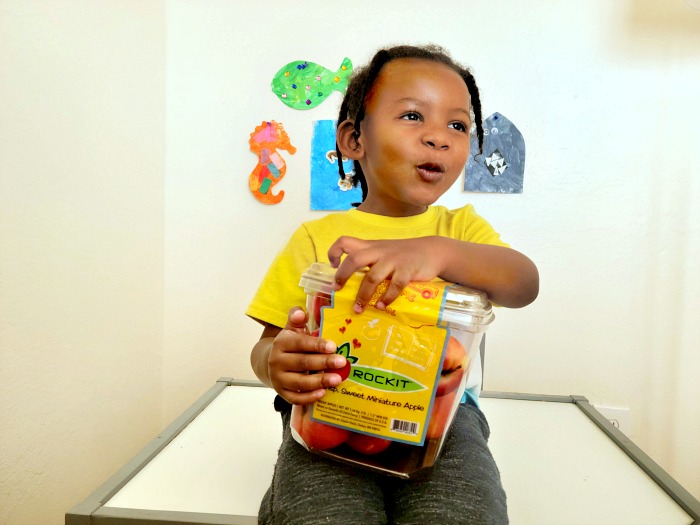 The first thing that has helped me in finding food my picky eater will eat, is asking him what he likes!

When I asked him, he surprised me by naming all of the fruits he likes that were different than the ones we already had at home. That was easy enough to put on the grocery shopping list!

When he told me he likes apples “really a lot, Mommy!” I was surprised because he always takes a bite or two and then leaves the rest. Rockit™ apple solved that problem for me, though.

They’re the perfect size for his little hands, and he finishes the entire thing when he starts to eat it. You can find Rockit™ apples at a grocery store near you by checking out their fruit locator!

A simple question can save you a lot of headache. And remember to ask your preschooler what they like often. Their answer will likely change frequently. 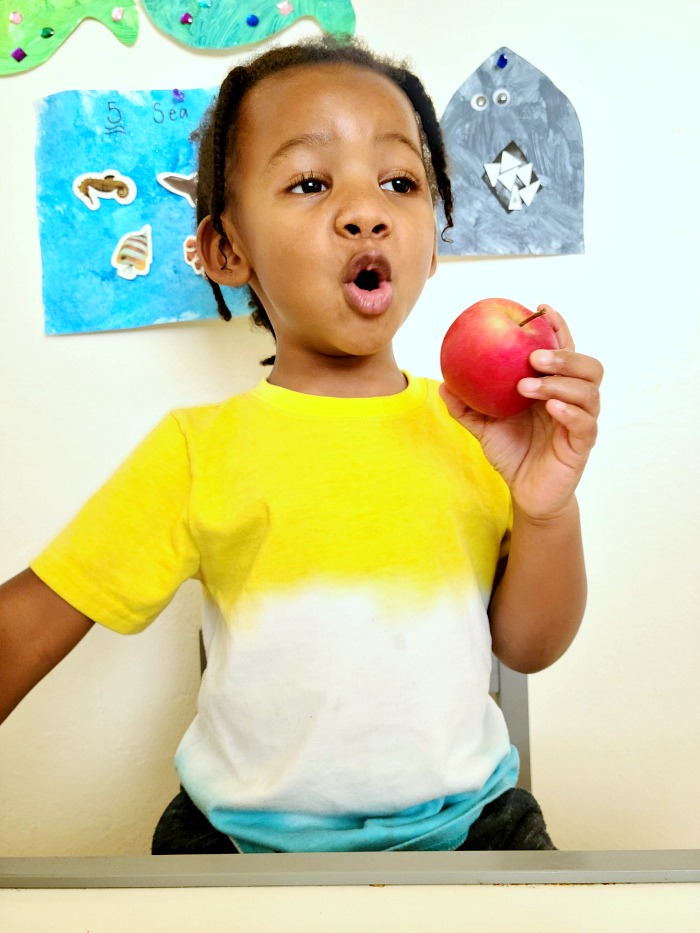 Create routines around meals and snacks

Before I smartened up, I used to let my son eat whenever he told me he was hungry. Since he was home with me all day, I didn’t think we really needed a schedule for meals. Boy, was I wrong!

Not having a routine in place with set times for meals aided in his pickiness. If he wanted snacks for every meal, that’s what I gave him. It got to the point where he wasn’t ever interested in a real meal.

I sat down and wrote out his snack and meal schedule, along with the choices he would have for each day. The first day was a little rough when I had to tell him that snack wasn’t for another 20 minutes, but he started to get the hang of it.

The best part is that at breakfast time he ate a full meal. Later he’d sit down and eat his snack (always fruit and some sort of grain), and he would do the same for the rest of his meals through the day.

When in doubt with your preschooler, for just about any situation—schedules and routines are the answer! 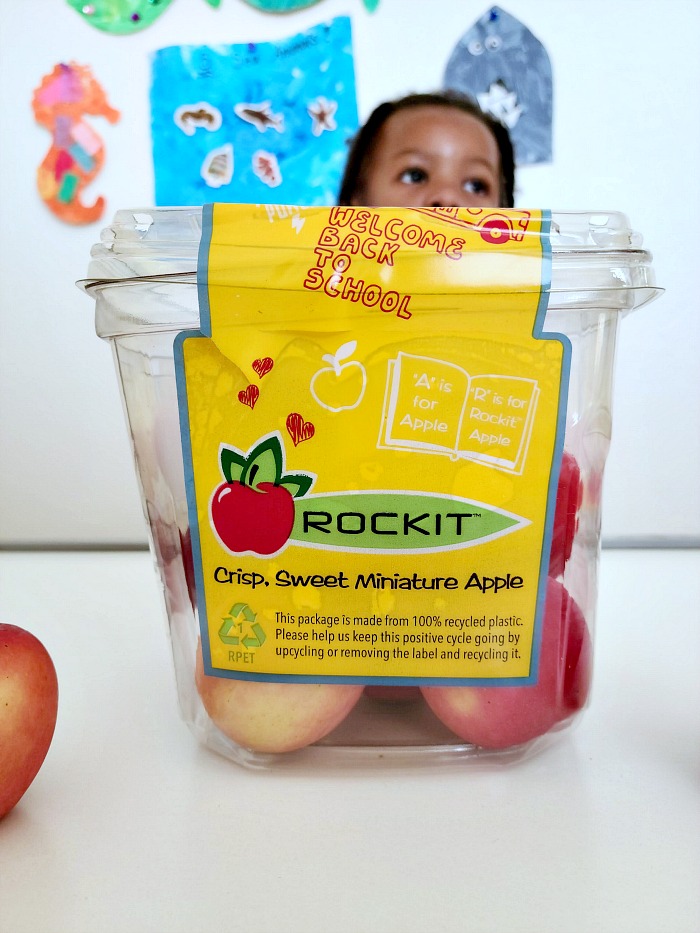 This is the simplest of my suggestions and the easiest to implement. Preschoolers love surprises. I can understand that you don’t want to encourage them to play with their food, but it’s certainly okay to have a little fun with it.

Try doing things like making themed lunches, for example, everything on the plate is red! Or you can search Pinterest for some creative ways to present the food.

When in doubt, though, go small. Preschoolers love things that look like they were made especially for them. My son went crazy over Rockit™ apples because of how tiny and cute they are.He ate two in one sitting! 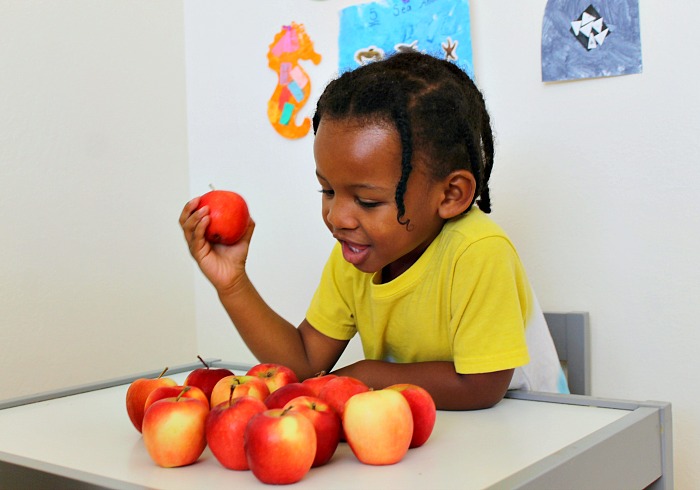 It’s okay to be picky

Here’s thing thing I want you to know, though, Mama. It’s totally okay for your child to have a preference. As they get older, they will learn to like more things.

Don’t give up on asking them to try different foods, though. They might say no nine times, and that 10th time, they give it a try!

Sending lots of luck to you!