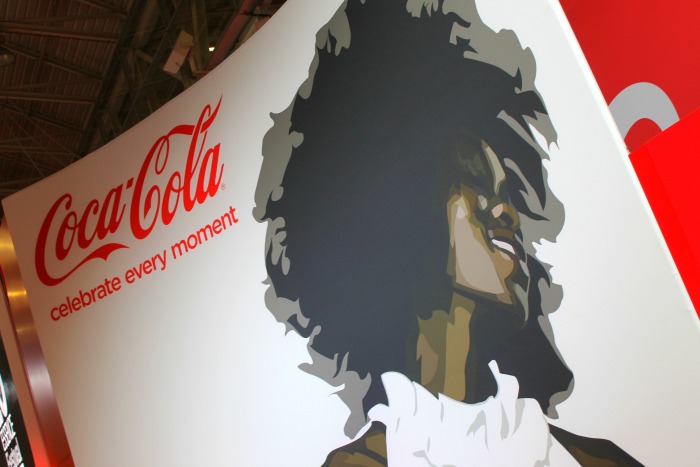 The Essence Music Festival celebrated 20 years this past weekend. Last year, 500 thousand folks were in attendance, and this year, I was fortunate enough to be in that number. I was invited by Coca-Cola to attend the “Party With A Purpose” as a VIP Mom Blogger, and it definitely tops my list as one of the coolest blogging experiences I’ve had to date! The weekend started with me being picked up at the airport by a driver holding a sign with my name on it (first time for everything!), and things totally just went up from there.

First of all, our hosts, the gracious Coca-Cola PR team, were amazing. Equally hilarious and organized, Sheree, Yunice and Katelyn kept us on our toes for the entire trip. The first night, our group had dinner together at Annunciation, a modern Creole seafood restaurant. We talked and laughed through our meal, until we headed back to The Roosevelt Hotel where we were staying. I was exhausted from a day of travel, so I went to sleep. I’m not sure what the rest of the group did, but they were up bright and early the next morning, chipper and ready to roll! I’m telling you…this was a fun group! 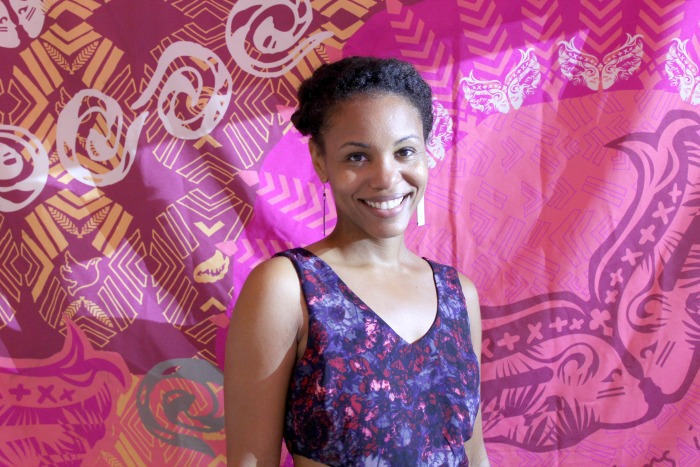 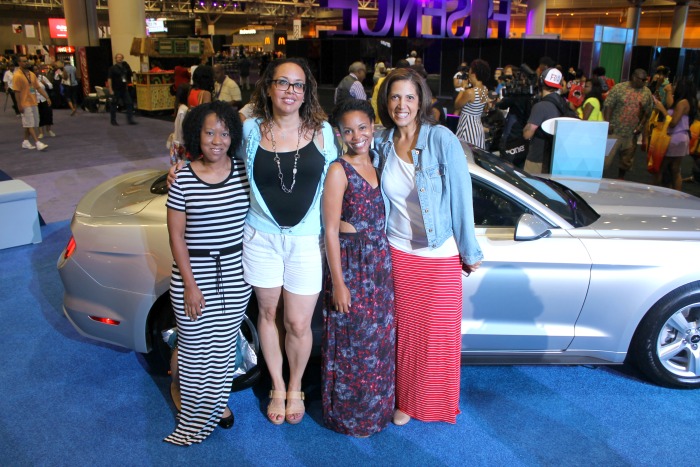 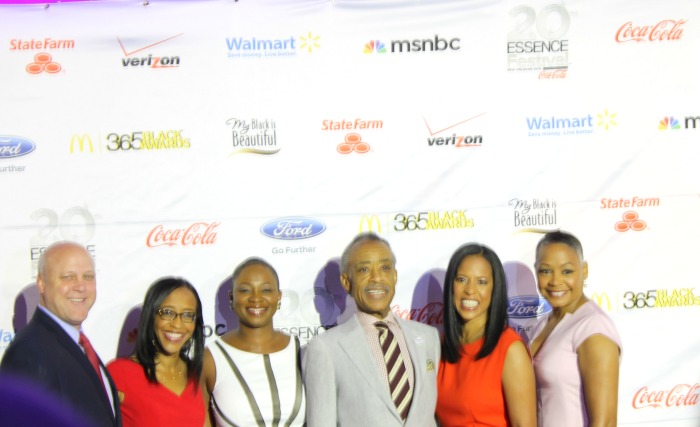 The Essence Music Festival kicked off on Friday morning with a press conference, and it was there that I learned how Coca-Cola has supported the event for 19 of its 20 years. They’ve been a title sponsor for 18 of the 20 years. Hearing that let me know just how much Coca-Cola values (and understands the buying power) of the African-American community. Showcasing their appreciation of Black women was a theme throughout the entire weekend. From the women who were our hosts for the weekend, to managers and top executives, there are Black women in positions of power all throughout Coca-Cola’s leadership chain, and it’s clear that they aren’t just there to be ornamental.

We were able to have lunch with Lisa M. Borders, Chair of the Coca-Cola Foundation, and the Vice President of Global Community, and Laurie George Billingsley, who is the Vice President of Public Relations. They talked to us about how Coca-Cola encourages three traits in their employees: time, talent and treasure. In addition to working to advance the company, they want the folks that work for them to share their gifts to better the community around them. I was sufficiently inspired, and once again reminded of the blessing of influence, and the responsibility we have to use it for the benefit of others. 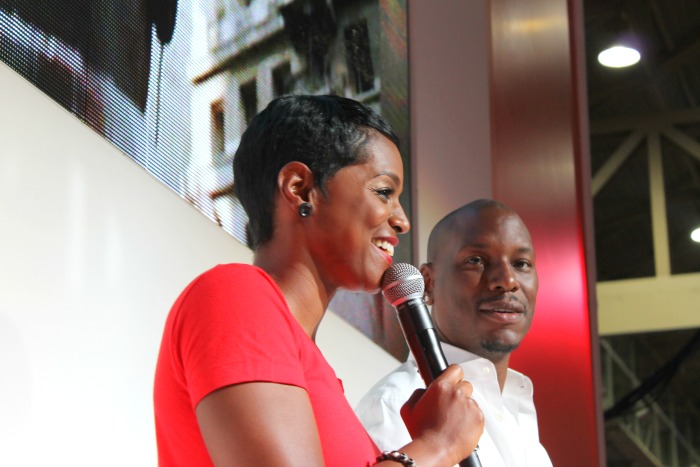 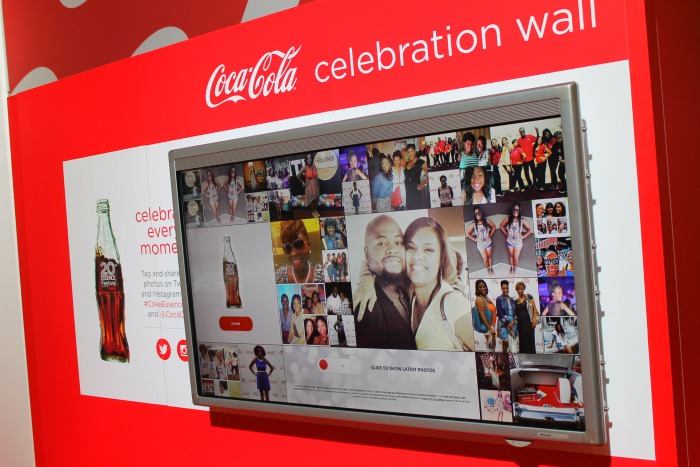 That night was the Prince concert, and it was everything.That’s it. Just, EVERYTHING. He performed every song that we wanted to hear. He danced, played the guitar, flirted with the entire SuperDome, and was on stage until 1 AM giving us classic Prince dopeness. Janelle Monae and Nile Rodgers opened for him, and it was the perfect concert trifecta! The next night’s concert was Tank, The Roots, Jill Scott and Mary J. Blige. I went back to my early to mid 2000’s Philly self, and was JAMMING all night long. The concerts, the crown jewels of the weekend, are going to be hard to top next year!

There were a lot of other events that served to empower and motivate over the 4 days that I was in New Orleans. Everything from health and wellness, to hair care, beauty and entrepreneurship was covered. The weekend ended with a 5K Walk/Run sponsored by Coca-Cola and Black Girls Run, and a tremendously awesome private tour of New Orleans with a local Coca-Cola employee who happens to be a great history buff! Check out some tweets and pics of everything:

Yes! Mary came out in all white in sneaks. She is NOT playing with us tonight! #essencefest #CokeEssenceFest

Ford is donating $1 million to the Smithsonian for African-American history. Take note who invests in US. #CokeEssenceFest #webuytoo

It’s imp to note that @CocaCola has invested in women of color in business for YEARS. The 5by20 program extends that. #CokeEssenceFest

It’s imp to note that @CocaCola has invested in women of color in business for YEARS. The 5by20 program extends that. #CokeEssenceFest

Once again, I’m incredibly thankful for the invitation from Coca-Cola to attend the Essence Music Festival. Not only was it a pleasure to meet the Coca-Cola staff, but also to get the chance to build with the other bloggers in attendance who are just AH-MAZING (like, “how did I get lumped in the same crew as them”, amazing!). Check out Makeba, Raijean, Lorraine and Kelly who have all been sharing about their #CokeEssenceFest experience, too!

Y'all look so pretty! I haven't been to Essence since they went back to NOLA after the Hurricane. I really want to go next year and I probably will. Love it! And I need to get Coke to send me one of those Cokes!

Thanks so much, @notoriousspinks:disqus! You would love it! I'm definitely going back. LOVE New Orleans!

Are you serious? You are awesome and so is your blog. Why wouldn't you be chosen? It looks like you created a lot of wonderful memories, and that is always a plus. Thank you for sharing.

You are so sweet, @Keonte:disqus!! Thank you! Yes, lots of awesome memories! My next bucket list item is to take my family with me!

It's great to hear all the things that Coca Cola does ...we only hear about the products they sell. The concert is something my friends have been talking about going to for ages. 500K people is A LOT! You ladies look good!

Yes, @areliscintron:disqus! They really believe in giving back ALL OVER THE WORLD. There were so many programs I hadn't even heard about!

I loved following along online. Seeing all of the smiles throughout was cool. Now I have to put this on my list.

@kaicongroup:disqus Oh my gosh, yes. You have to put it on your list!

It was a blast.I am upset we didnt' get to meet, but it looks like we were working girl!! LOL Great recap!