You are here: Home / Uncategorized / ‘This is a game changing time in our industry’: Gugu Mbatha-Raw talks A Wrinkle In Time in this exclusive interview
0 shares 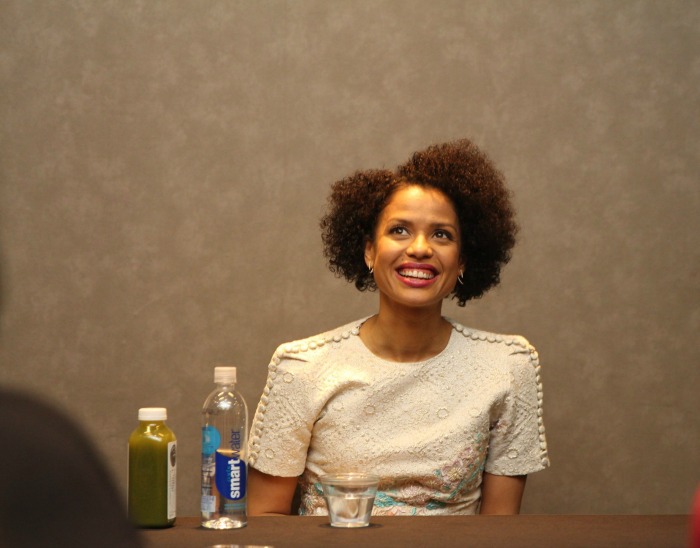 I could not wait to see A Wrinkle In Time because of the young star of the movie, Storm Reid. I was excited to see a girl who looks like my daughter on the big screen. When I watched the film, I was pleasantly surprised to find inspiration for myself as I am now—a working mom of two trying to keep it all together.

Gugu Mbatha-Raw plays Mrs. Murry in A Wrinkle In Time. When her husband disappears without a trace, she is left to raise her precocious children on her own. There are several moments in the movie when my hurt aches for her. Gugu plays the role of the suddenly single mom with so much truth that I can feel her pain.

Find out what made Ms. Mbatha-Raw decide to take on this role, and what she hopes girls will take from the movie. 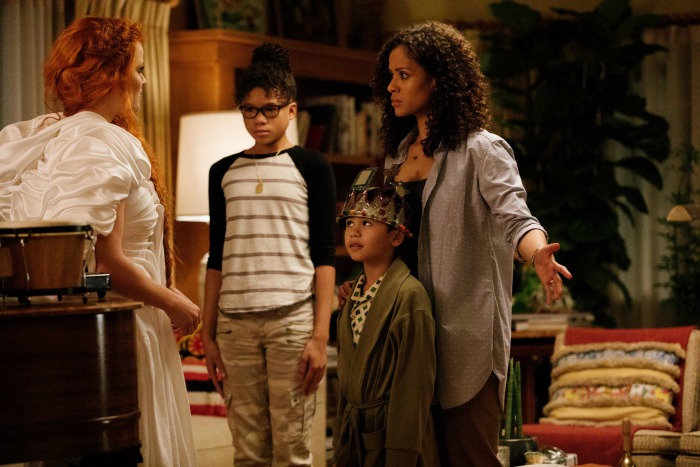 Question: What attracted you to this role? What really made you feel like this could be something that you could just sink your teeth into and take?

Gugu Mbatha-Raw: Tt was really the opportunity to work with Ava DuVernay. Talking to her about it and her passion and her vision and knowing that she’d cast Storm and how she wanted to tell this story, it was a no-brainer to me. I really wanted to be a part of this game changing moment really in the industry. I could feel that the way that she was going to cast this film, the fact that it’s historically significant that she’s even directing this film you know as a woman of color. For me I wanted to be a part of that girl gang. I wanted to be celebrating what this means culturally.

Question: You mentioned not seeing a lot of people or heroines on screen that looked like you, yet you persevered and endeavored to be in this industry and to change what that looks like. Was there a moment that you can look back at that you said that this is my time to be a warrior?

Gugu Mbatha-Raw: I think I just always have. I credit my mom with encouraging me and instilling confidence in me and she always supported me. From going to ballet at age 4, and I was an only child so I didn’t have anybody to play with. That was how I found my playmates and my siblings in a sense was in my dance class, in my drama group and the school choir.

Also, my mom was a nurse. She was a single parent. She worked full-time. She didn’t enjoy her job. I would see her come home from work really tired. I remember thinking quite clearly when I was about 11, I was like okay, I’m going to do a job that I love because you know I can see that this is wearing on my mom. I respect and I know that she’s doing that as a sacrifice for me but if I get the chance I’m going to do what I love. So I made my hobby my job.

Question: Where do you find your passion lies? Is it more action or is it based on the character itself?

Gugu Mbatha-Raw: I like to be stretched. I like a challenge. I got used to being out of my comfort zone so I don’t like to repeat myself. I think naturally I have an affinity towards drama and intense sort of straight psychological deep drama but you can’t do that all the time. Sometimes you know it’s nice to switch up the genres. I’m very much drawn to what the message of the piece is.

Especially something like this where if I feel like it’s imparting a message that’s going to help our culture evolve or provoke a conversation or provide visibility or inspiration for young people.  That is something that I’m often drawn to. 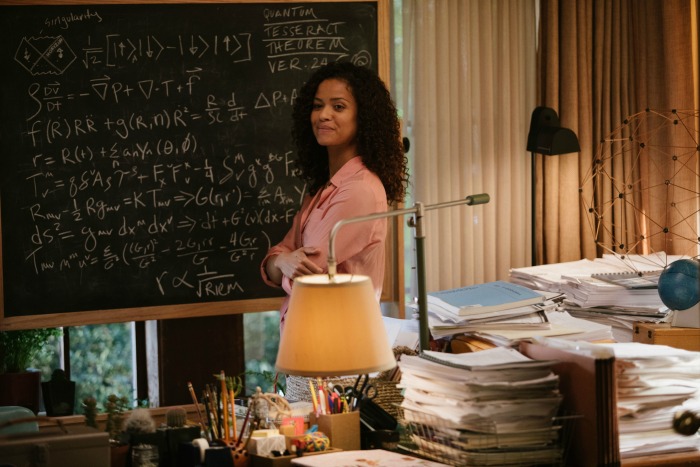 Gugu Mbatha-Raw: Just to keep being you. It’s okay to work hard. I was quite nerdy at school and you know I used to get teased for constantly putting my hand up and being like a teacher’s pet or a nerd or a geek or all of those things that are not cool. It didn’t stop me. I think maybe I would like some reassurance that being a nerd is cool and nerds are the most interesting people outside of high school. Keep doing what you love.

Question: What do you want kids or little girls specifically to take away from your role as a single mother and even the story a wrinkle in time?

Gugu Mbatha-Raw: I’m drawn to the idea of finding your voice. I think the idea that who you are is enough is something that I really respond to in this story. Especially Storm’s character growing up being bullied at school, being uncomfortable in her own skin, not sure where she fits. Those are definitely themes that were in Belle and in Beyond the Lights and in many stories that I’m attracted to.

The idea of being authentic to who you are , that you don’t have to find validation from your career, or from the music industry, or from any external forces. I think that you have all the potential inside of you. That’s something I think I would love young people to feel and learn and understand. 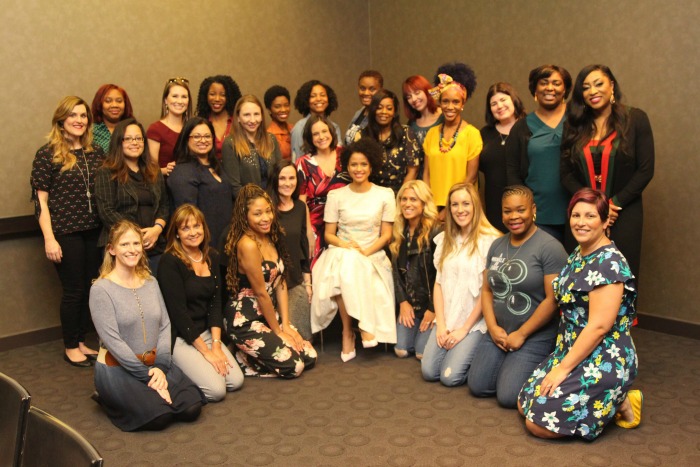 Previous Post: « ‘A Wrinkle In Time’: Finally the girl gets to be the hero
Next Post: ‘I’m living my dream every day I walk through the door’: Exclusive Interview with Ava DuVernay »