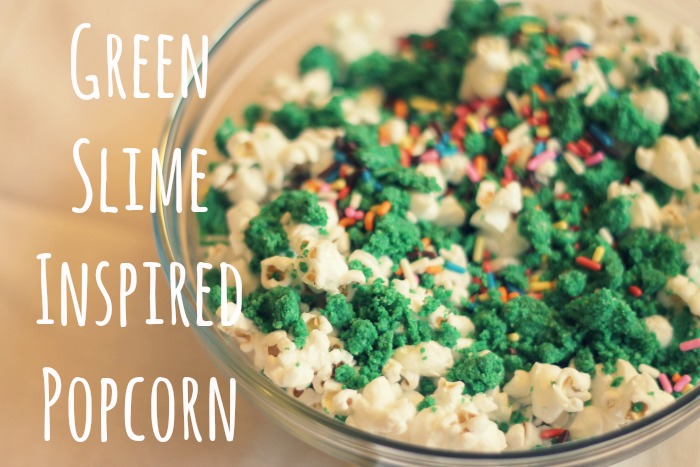 One of the best things about being a mom is teaching Ayva about all of the things that I used to love when I was a kid. Old cartoons, Debbie Gibson, and Nickelodeon top that list. I recently introduced her to the beloved Nickelodeon show, “You Can’t Say That On Television” and she was cracking up as she watched people get soaked with water whenever they said the word, or slimed if they said, “I don’t know”. I remember how hard I used to laugh to see the bright green gooey stuff oozing all over one of the show’s hilarious stars, and dreamed of going on another Nickelodeon show, “Double Dare” for the chance to get slimed myself. Well, that never happened, but that doesn’t mean Ayva and I can’t have some slime inspired fun.

When I asked Ayva what she liked the most about the slime, her answer was the color. We decided to make a green slime inspired popcorn recipe in honor of the green goo that Nickelodeon is known for. We looked at some ideas for making edible slime, and my little picky eater was not having it! We experimented with a few different recipes, and finally came up with one that had the right texture for a very particular 5-year-old! Also? It’s perfect for watching the Kids’ Choice Awards on March 28th! 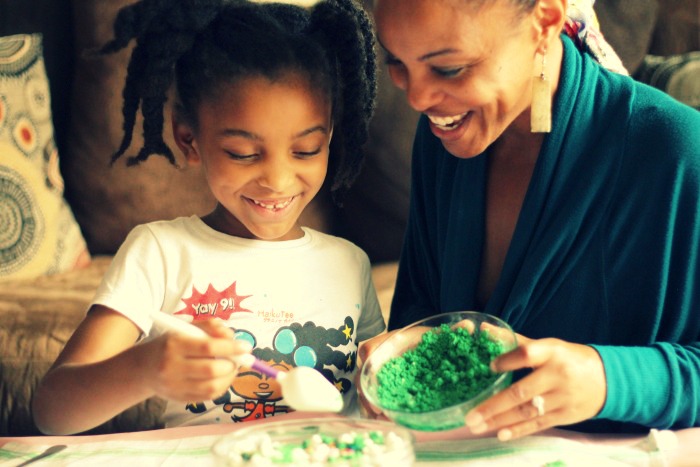 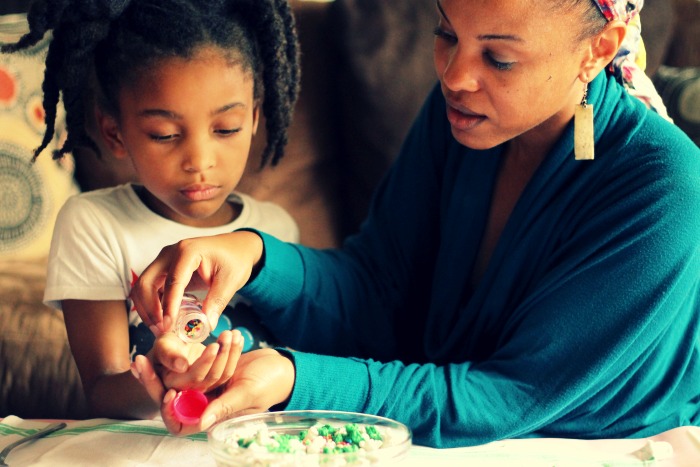 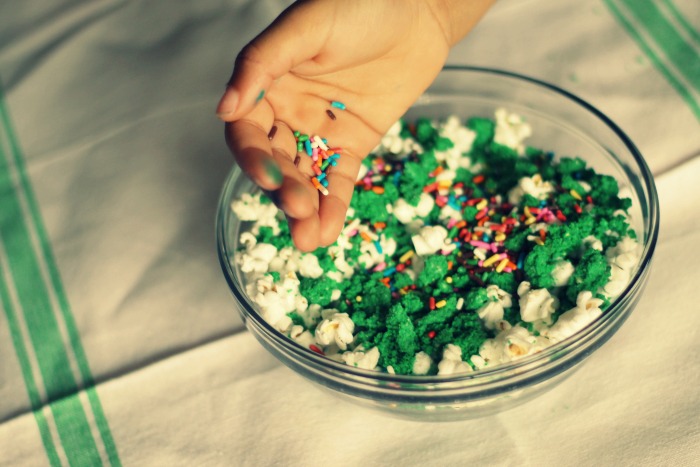 What To Do
Combine white chocolate chips and butter in a microwave safe bowl, and microwave for 1.5 minutes or until thoroughly melted. You will need to stop and stir the chocolate every few seconds to prevent burning. After the chocolate has melted, add about 10 drops of green food coloring and stir until all of the chocolate is green. Let cool. Combine with popcorn and cover with sprinkles.

Check out the video to see Ayva making the popcorn!

This looks like so much fun! I loved Nickelodeon too and definitely remember "Double Dare." Gotta love that slime!!

Oh this is so fun! And Debbie Gibson? Brandi you took it way back!

What a great yummy spin on the slime!!! A fond memory from my childhood I can share with my little ones.

This is such a cute idea... I can't wait to wow my niece and nephews with this one! I love this.. so creative and so awesome! I can't wait to try it out myself! Thanks for the awesome idea! You just made my auntie of the year!

I love how simple and fun this is! We watched the Nick Awards and snacked on our popcorn.