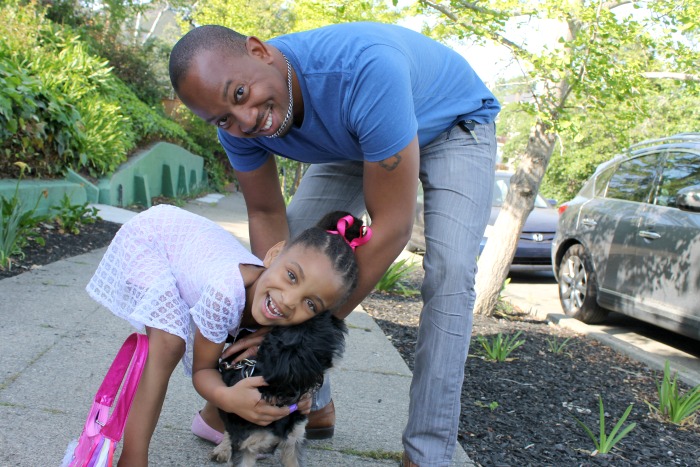 I made a conscious decision to be a single mother.

Well, I didn’t actually plan it, but once I became pregnant and was able to get a glimpse into what parenting in the future would be with him, I made the choice that would be best for my child.

There are all sorts of reports on the negative effects not having a father has on a girl.

Promiscuity, low self-esteem, those are the things that concerned me as the single mother of a daughter.

Even as I mourned the things that my child would be missing in her life without a dad, I still chose to walk away.

See, the guy that would have been the father practiced what I call “slow parenting”.

Nothing about being a dad was urgent to him. Daycare fees due this Friday? He’d see you the Friday after next, and then not at all. Baby needs medicine? He’d go out to get it and come back a month later (true story).

He was just a bad dad.

Actually, he was pretty terrible even before she was born. There were times during my pregnancy when I didn’t have money for food, and family and friends would come to the rescue.

Meanwhile, he was an Executive Chef at a restaurant.

He never even bothered to make it to my baby shower although he worked 5 minutes away from the venue, and the party lasted for nearly 6 hours.

As a matter of fact, the day I discovered I was pregnant, it was because I was rushed to the hospital with terrible pain in my abdomen. When I called him to let him know what the emergency room test had found out, he asked if he should come to the hospital, and then proceeded not to.

Best dad ever, that one.

As fate would have it, when Ayva was 17 months old, I met the man who would become her real father at a conference in Indianapolis.

Of course, neither one of us knew it at first.

He had plans to be a bachelor for life, and I was just focused on surviving and thriving as a  single mom.

Forever had other plans for us.

Even as Terrence and I got to know each other, I didn’t think of him as a “potential daddy”. Now, I might have said to a girlfriend, “Girl, I just met my husband”, but at that point I didn’t think of “husband” as synonymous with “father”.

I was so wrong, though. In our family, husband and father absolutely go hand in hand.

Terrence and I talked about him adopting Ayva before we were even married.

We decided together that it would be the best decision for our family.

Once our marriage was official, Terrence was the one, who within a week of our union, who started doing the research and got the ball rolling on the process.

He wanted to be Ayva’s forever Daddy, and his actions showed it. We did what we had to do for the adoption, and had everything complete and ready to go.

A social worker came to our home and interviewed all of us.

She checked Terrence’s personal and professional references, and then finally agreed that yes, he would make an excellent father.

The only hold up? The other guy.

First, he gave me a fake address to send the consent papers to. When I asked him for a correct address, he didn’t respond.

Well, he didn’t respond until he learned there was a warrant out for his arrest.

Apparently, even if you are able to get away with lies about your income and only pay pennies in child support, if you don’t pay those pennies for years, at some point you will get locked up.

He’s an upstanding citizen (to other people) with good credit, properties and a business. A criminal record wouldn’t be a good look for him.

He reached out to me, and was SURPRISINGLY able to find a notary and figure out how to overnight the  one piece of paper we needed to finalize the adoption.

All of sudden, things got urgent, and slow dad was able to find some fire for that ass*.

The social worker picked up the paper, completed her report, and on November 7, 2014, Terrence became Ayva’s father. Well, legally, anyway.

He’s already been her daddy for years.

*Let a sista go there just this one time.

How I Became a Single Mom
He’s Out There, Single Moms
I Knew I Had To Marry My Husband After Seeing Him As a Dad

Oh how familiar this story sounds. So glad you all are together now. That is really all that matters. Thanks for sharing your story!! Beautiful family.

As I get older, I realize my family is never going to look the way I thought it would. I had labels of what would and would not happen...but when your heart knows, it knows. I love the story of your family...wishing you many years of happiness...and having walked away from an engagement myself last fall, I try not to engage in being silly or petty, I try to be the bigger person, but sometimes a woman just HAS to... because sometimes, you gotta call it what it is. That guy totally sounded like an a**hat....so glad you hubby is her adopted father now, that's awesome!

As I get older, I realize my family is never going to look the way I thought it would. I had labels of what would and would not happen...but when your heart knows, it knows. I love the story of your family...wishing you many years of happiness...and having walked away from an engagement myself last fall, I try not to engage in being silly or petty, I try to be the bigger person, but sometimes a woman just HAS to... because sometimes, you gotta call it what it is. That guy totally sounded like an a**hat....so glad you hubby is her adopted father now, that's awesome!

What I beautiful story, I think I just found a new blog to add to my roll. There are some awesome Fathers out there and sounds like Ayva's got one to call Daddy. x

How on EARTH did I miss this post? This story? I followed along on FB and held my breath until y'all came out of that courtroom as an "official" family. But this? I missed this. Happy tears all over again!

Thank you, Christy! And now I just read it again and teared up myself!