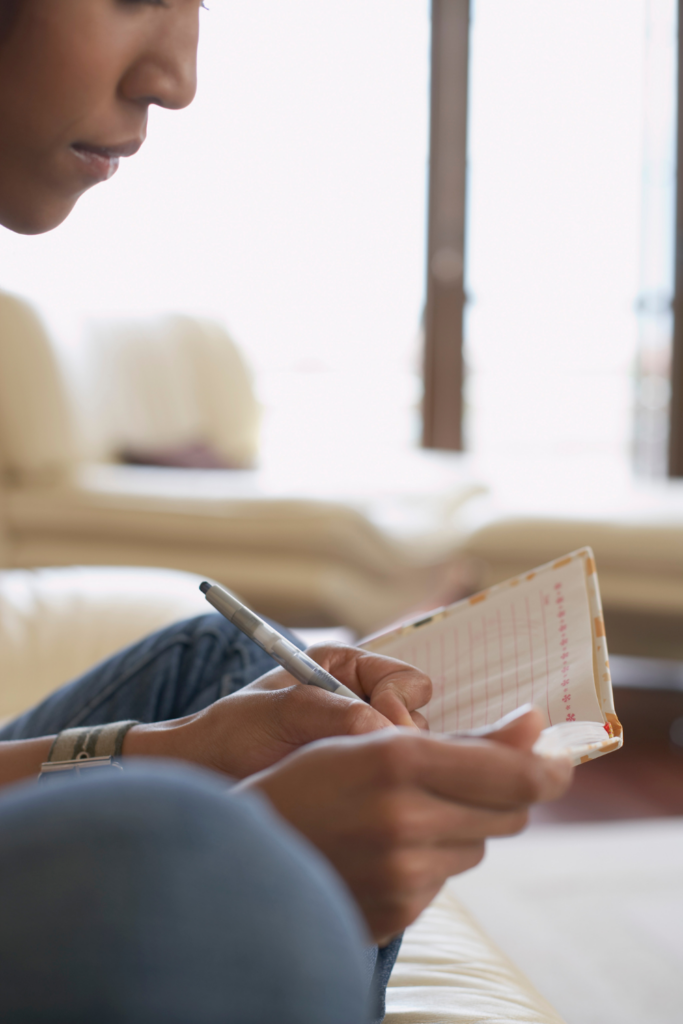 Don’t you just love preparing for the new year?

Even though I don’t feel like I have to wait until January 1st to start goals, it just feels good to begin projects when everyone else in the world is in get ‘er done mode, too.

That’s why I love to spend some time to intentionally prep for the new year.

Also, it’s nice to close out the year, complete tasks, and just put a nice pretty bow on things to start the new year nice and fresh.

All of the things that I’ve procrastinated on or just didn’t get around to doing finally get done in the days between Christmas and New Year’s Day so that January 1st really feels like a beginning.

Here are 18 things to do that aren’t hard, but will help you start the new year off feeling accomplished and ready for awesome and amazing things to happen in the new year!

1. Take back your library books and pay off any fines.

You’ll be surprised at how light you feel after you return overdue library books and taking care of any debt.

It doesn’t take a lot of effort, but the karma for being a good steward of the free library is long and lasting!

2. Clean out your closets. Put clothes that you can’t fit or don’t wear in a bag to give away. Throw away grungy items.

You know good and well you aren’t going to wear that dress again, so why are you holding that old energy in your closet?

Let go of things that don’t fit or are grubby and don’t represent you in a good light. You deserve better in the new year.

3. Go to Goodwill and drop off your old clothes.

After you clean out your closet, go to Goodwill.

Don’t let those old clothes sit in a bag in your guest room or the trunk of the car.

You’re preparing for the new year—let it go.

As a matter of fact, you can drop the clothes off on your way to turning in your overdue library books!

4. Condense all of the loose change around your house. Put it in a piggy bank or take to the bank and cash in.

Do you have change hanging out everywhere around your house?

Ensure the new year is prosperous by pulling all of that change together and putting it in a place where it can intentionally grow.

Whether you put it in a bank and leave it at home, or cash it in and put it in a family saving, remember, coins are money, too!

5. Get rid of expired medication in your medicine cabinet. Make sure to dispose of it properly.

There is no reason that you should have old medicine in your cabinet.

Honestly, I’ve used old medicine before and been fine sometimes.

Other times it did not help and in fact made whatever I was dealing with worse.

At this point in my life, I’m not willing to risk a reaction from taking old meds.

Crush them up, combine them with something like used coffee grounds or kitty litter and put them in the trash.

6. Throw away old makeup, lotions, and hair care products. Give away products that are still good that you haven’t used.

I hate to be the one to break it to you, but makeup doesn’t last forever.

Just because you didn’t use it doesn’t mean you can keep it.

While you’re doing that, might as well get rid of makeup, potions, and oils that you bought but never used.

Out with the old, in with the new.

That’s what preparing for the new year is all about.

7. Go through your kitchen cabinets and toss old spices and dry goods.

Since most folks have big plans for their diet for the new year, the end of the year is a good time to update your pantry.

If you have old spices, mixes, or baking products, toss them and replace with new things.

8. Clean out your refrigerator.

That chocolate bunny from Easter?

Half of a beer from the game night you hosted?

Their time is up.

Clean out your fridge and prep for a new year of good eating. 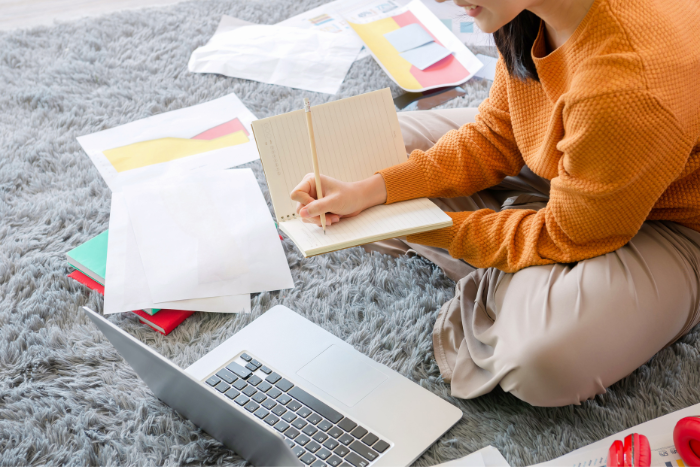 9. Go through your emails and file things you want to keep. Delete things that you don’t need.

I have over 10,000 unread emails and that’s just in one of my six email accounts.

When the new year begins, I’ll be at inbox zero.

Cleaning out your email inbox will ensure that you are set up for an organized new year.

10. Unsubscribe from newsletters that you never open up.

Maybe at the beginning of last year you thought you wanted to follow everything about otters or start a cake baking business.

Let go of newsletters that don’t serve a purpose anymore so that you don’t find yourself with 10,000 unread emails like me at the end of next year.

11. Mail out thank you letters and birthday cards that you meant to do earlier in the year.

You know what? If you’ve wanted to thank someone or send a birthday greeting but didn’t because time got away from you and now you’re ashamed because it’s so late, do it anyway.

Start the new year with no regrets.

Put a little note in there about how you didn’t want the year to pass without thanking them or wishing them blessings for their new year.

Any time you can choose to be good to other people, do it.

Even if it’s a few months late.

I work in social media so I keep my accounts updated all the time for the most part.

Update your headers and profile picture at least to prep for the new year.

13. Make sure your home and email address is correct on all of your financial accounts.

Go through your bank statements and make sure everything is updated.

If you recently moved, got a new job, or you want all of your alerts to go to a different email account, update those now so that you can be assured that you know what’s going on with all of your accounts.

14. Turn off auto withdrawals for things you’re paying for but rarely or never use.

You are not obligated to keep paying for things that you aren’t using.

Don’t go into a new year throwing money into the wind.

Since you’re preparing for the new year, this is the perfect time to cancel your accounts.

15. Print out some pictures from the year.

Sure you took a lot of photos this year and they’re on your phone.

Think about future generations, though!

It’s so easy now to send pictures to Shutterfly or CVS to get photos printed out, and you can do it right from your phone.

16. Donate old books, magazines, and toys your children no longer play with.

This is a task that folks usually forget as they prep for the new year.

Don’t let your kiddos go into the new year with clutter, either.

If they have books, toys, and other things that they don’t play with, get them out of the house and into the hands of kids who would love to have them.

17. Clean out your clutter drawer.

I know you have it. Every family does.

Declutter your clutter drawer so that you can fill it with brand new clutter for a brand new year!

18. Make time to write out your memories from this year as you are preparing for the new year.

As you’re preparing for the new year, take a few minutes to reflect on the past year.

You accomplished things, had fun, got through some tough times.

Write it down and put it somewhere for you to preserve it for years and years to come. You worked hard this year.