You are here: Home / Family / Donating Toys (or, Growing Up: This Is Happening)
0 shares

We’re giving away toys, but before we do, we’re using Zep All Around Oxy Cleaner & Degreaser to clean them up as part of a sponsored story with Socialstars. #ZepSocialstars 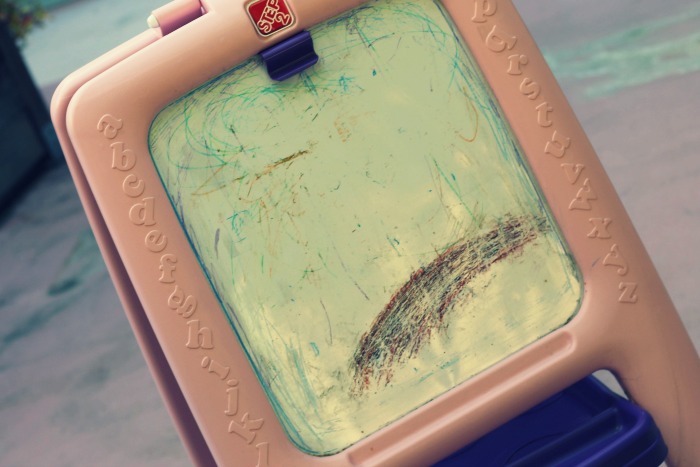 Even though I know Ayva growing up is inevitable, that doesn’t make it any easier. It seems like every day that she wakes up, she’s taller, more mature and getting farther and farther away from the little baby that I brought home six years ago. We’re at the point where we’re reaching new milestones every day. Today, that milestone was going through some of her toddler and preschool toys and preparing them to give away.

This is all more bittersweet than I could have ever expected. As we went through Ayva’s toys, I could remember stories behind all of them. Ayva’s easel, the toy that had seen the most wear and tear, was one of the first gifts that Terrence and I had decided to purchase her together as parents. It was a Christmas gift, and I remember sitting on the couch making a list of what we were going to get her that year. We decided not to go overboard, but thought that the easel would be great for our then preschooler who was just really learning how to write.

Fast forward just a couple years later to today and the easel had seen better days. The last thing Ayva did on it was to try to recreate a crayon scratch picture on it but had abandoned it halfway through after realizing crayons and whiteboards just don’t go together. Somehow the easel ended up on our back patio, and it’s been there for months. I had been meaning to clean it up and donate it, but just haven’t had the time. Terrence and Ayva were up for cleaning off the patio today, so I pulled out my Zep All Around Oxy Cleaner & Degreaser to see if it could freshen up the easel and give it a new life.

After Ayva did a simple wipe down with water, Terrence jumped in with the Zep to really clean the easel up. After spraying the degreaser and letting it sit for a few seconds, Terrence was able to wipe the crayon off with  just a little bit of muscle. Zep broke the waxy crayon down so quickly and with a fresh, clean scent to boot! The easel looks brand new! Ayva was excited to see how clean we were able to get it, and was jumping around as she thought about the little kid who would be able to have as much fun with the easel as she did.

I know that there will be more changes as Ayva gets older. There will be more toys to clean and give away and more growing up. It’s inevitable, and as difficult as it is, I’m looking forward to it. I have those old memories to look back on when I’m feeling nostalgic, and every day I get to make new ones. This is happening. 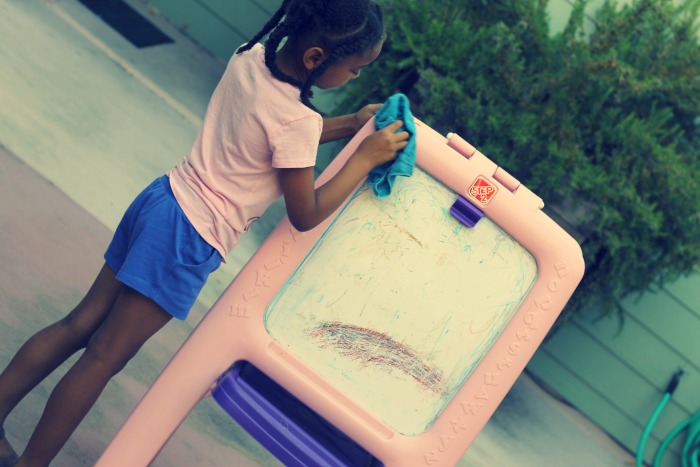 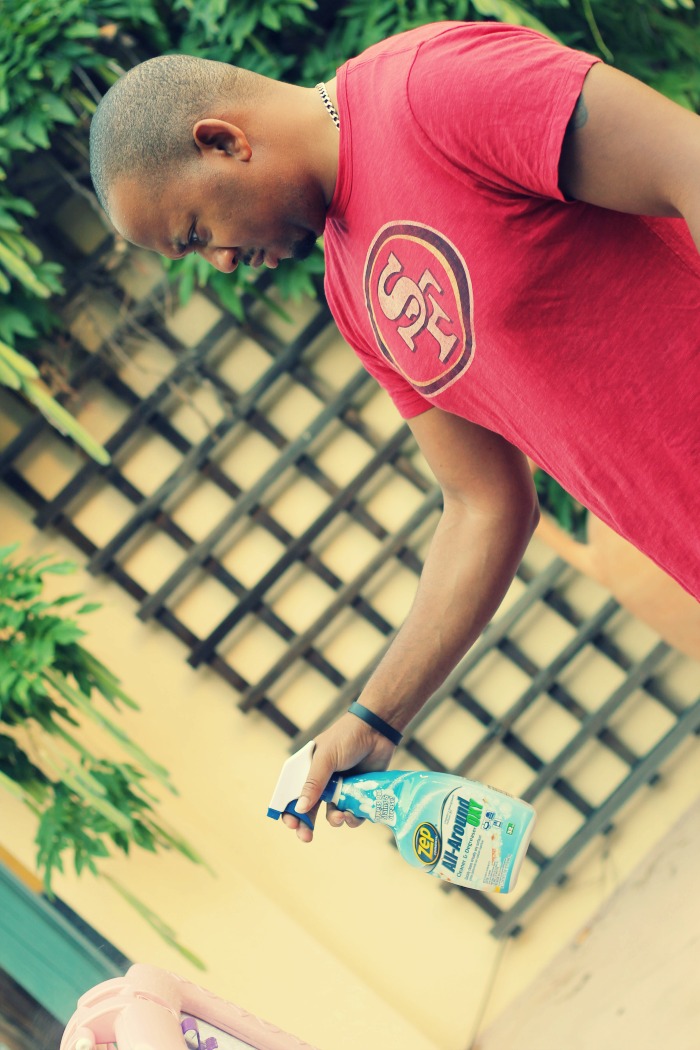 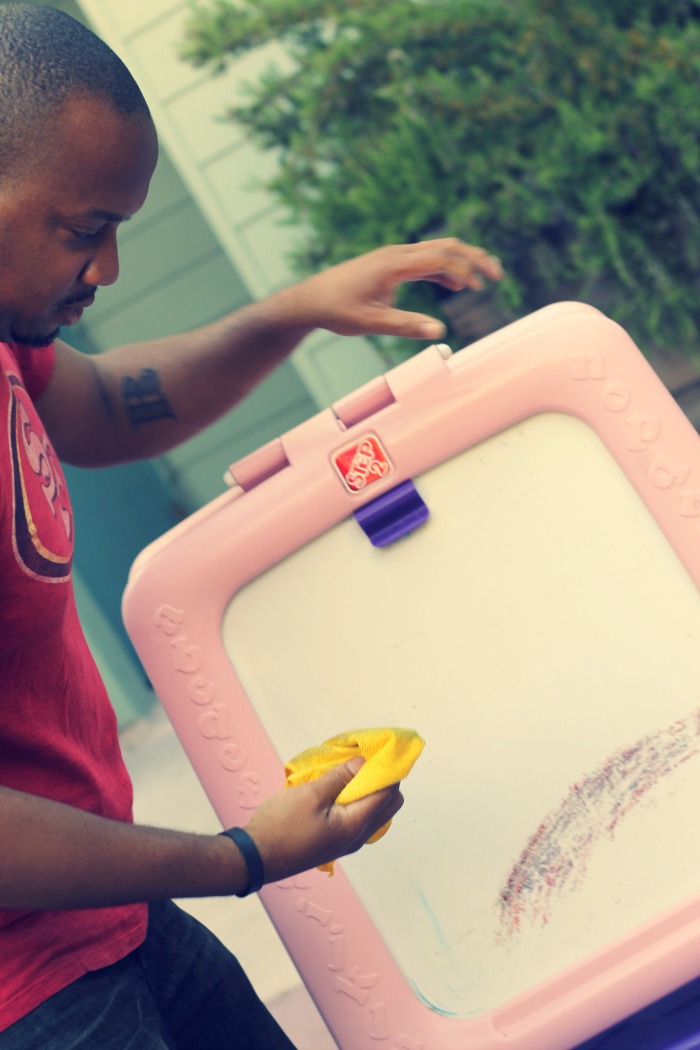 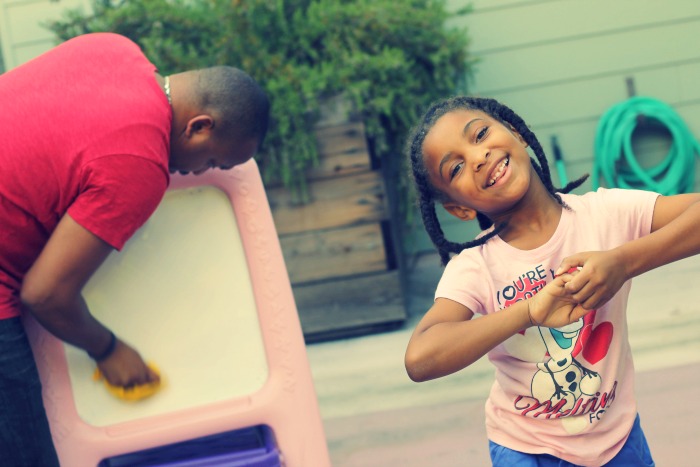 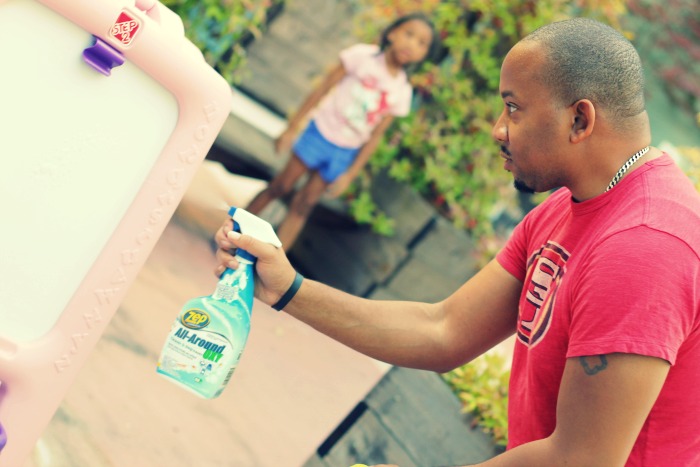 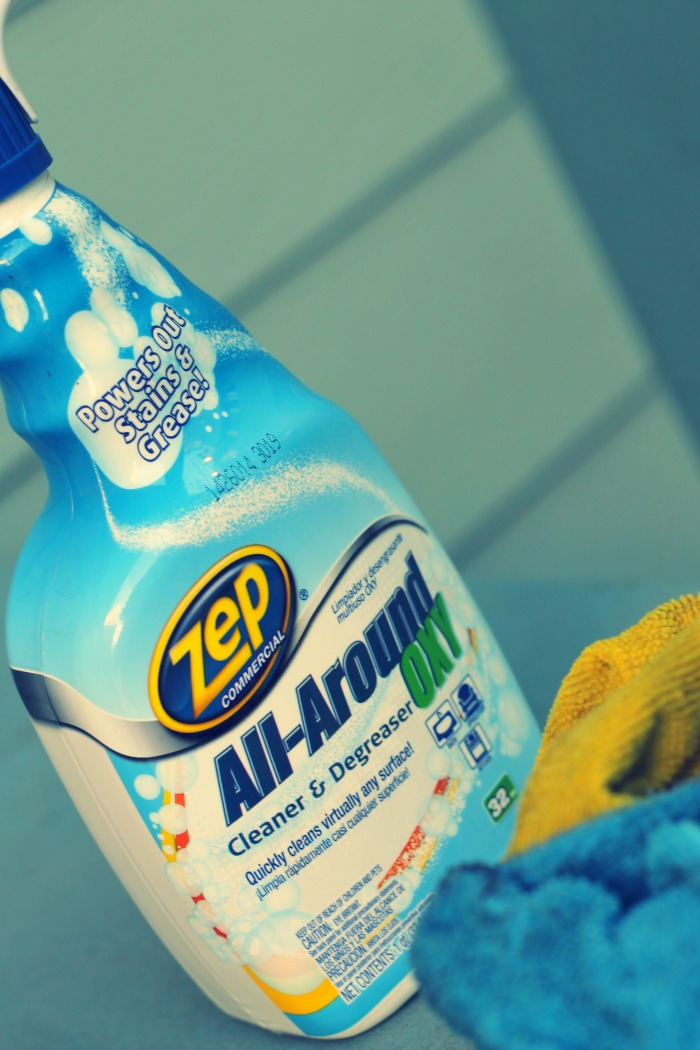