Terrence and I have been married for 11 months this week, and it’s already like we’ve been together forever.  We really can just relax around each other. I can’t say it enough, we are definitely the King and Queen of Chill. No one chillaxes better than the Rileys!  I think a big part of that has to do with the fact that we’re both old souls. From the way we dress, all the way to the type of music we listen to, it’s kind of like we’re from a different era. We just relate to things differently than some of the folks in our generation. Even down to cocktails. We’re not really interested in many of those newfangled millennial drinks, we like our drinks old fashioned. Well, actually, we like to have an Old Fashioned.  I mean, really, that’s the name of the drink. Straight to the point, huh? Terrence whipped a couple up tonight for us to have with dinner. 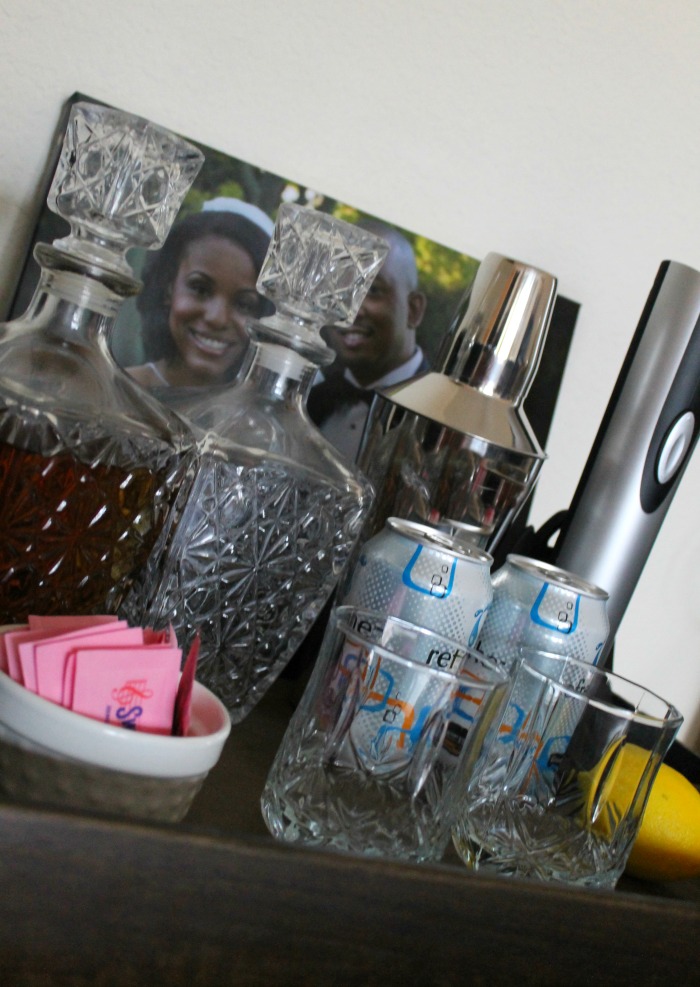 The Old Fashioned cocktail has been around since the 1890’s at least, and is made with whisky, bitters, lemon, and sugar. Now, even though we’re old school, Terrence has reinvented the recipe and made it a bit modern for my tastes. First, he took the sugar out and added Sweet’N Low. I mean, we’re drinking whiskey, do we really need sugar, too? The best part about using Sweet’N Low for me is that, since I like my drink sweet, I can add more of it once the cocktail is muddled, and I won’t be adding a ton of extra calories like I would with sugar.

In addition to substituting sugar with Sweet’N Low, Terrence also added club soda. It cuts the whiskey a bit, and softens the bitters so that the drink is nice and smooth, just how I like it. I’m obsessed with grapefruit seltzer water, so I asked Terrence to make the drink with that instead of regular club soda. Being the amazing husband that he is, he obliged, and just that teaspoon of seltzer made my Old Fashioned that much more delicious. 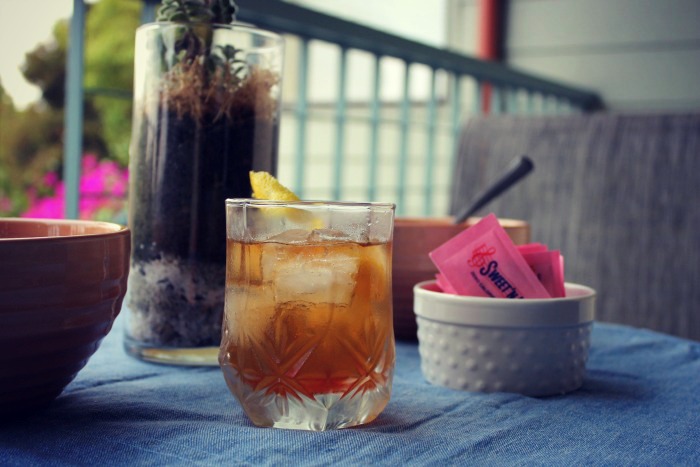 I made a simple but hearty dinner of pasta and sausage to go with our cocktails, and we headed outside to eat and catch up on our day. As the summer comes to a close, and the days start to get shorter, we know that our days of being able to hang out together outside after Ayva’s bedtime are coming to an end. I guess it’ll be time to start figuring out what an old fashioned couple does in the fall soon, huh?  Until then, it’s cocktails and sunsets on the balcony! Do you love an old school cocktail? Check out the #SweetNLowStars hashtag on Twitter for more ideas, and like Sweet’N Low on Facebook to stay up to date on other drink recipes. 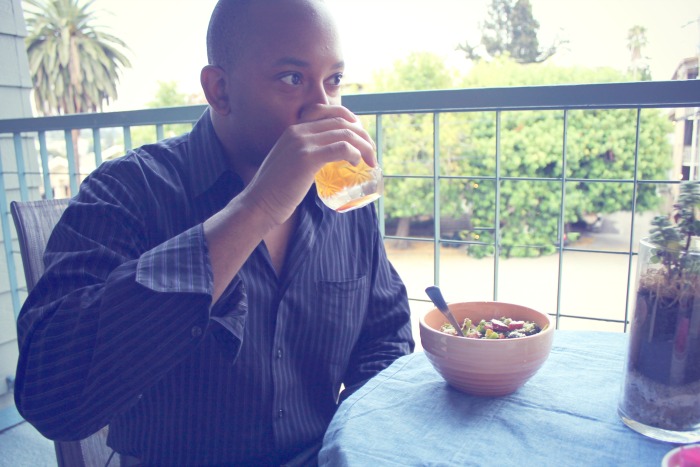 -1 packet Sweet’N Low (more for extra sweetness if you’d like!)

Put the Sweet’N Low, bitters, and club soda in a cocktail glass. Muddle. Pack the glass with as much ice can fit into the glass. Fill the glass to the top with bourbon whiskey. Squeeze the oil from a lemon peel into the drink. Rub the rim with the lemon peel, and then use it to garnish. 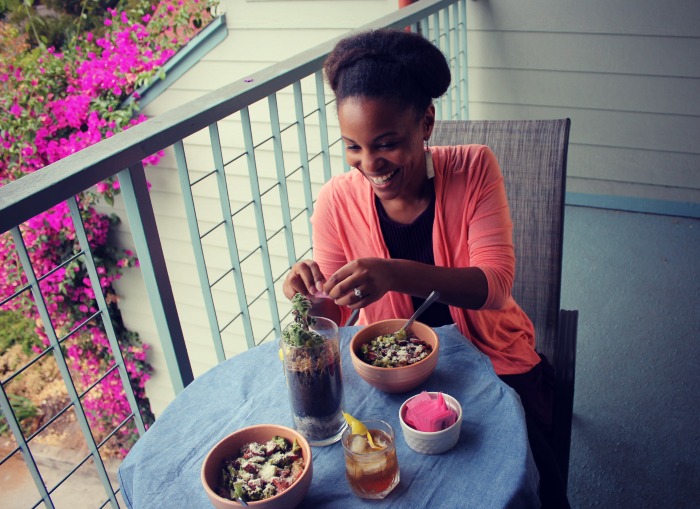 Never had one but I'm willing to try it Sweet'NLow Old Fashion Cocktail. check out the ingredient at www.SweetNLow.com

What a great idea! And you two are adorable! ;)

You guys look so cute! Such a well matched couple. I drink Amaretto Sours and I think that would not be considered up-to-date or trendy. LOL! And that is only when I drink, just a handful of times a year! =) Thanks for sharing your recipe! I'm sure I would like it.

Thanks, @kristin_wheeler:disqus! Oh, I forgot about Amaretto Sours! I used to love those! THat might be our next drink!!!

Buckaroo and I are old souls too. This sounds like a perfect date! I bet the sweet and low and grapefruit seltzer added a nice touch. I love the wind down after Ayva turns in.

Wind down every single time. :-)

Y'all are so cute! Thanks for the drink tips, I'll keep them in mind. And keep making time for each other. <3

@mommypowers:disqus Thank you! Yes, I'm going to make sure together time stays a priority!